Missouri-based Tyler Christophel used to do it all one his own: his own programming, his own nutrition plan, his own mental preparation to thrive in competition.

The approach got him incredibly far incredibly fast. He only started CrossFit in 2016 and by 2017, he was competing at the CrossFit Games on the CrossFit 417 team. The following year, he and his teammates placed 5th in the world. And then in 2019, Christophel finished 36th worldwide in the Open, just missing out on earning an individual berth to the Games.

That just wasn’t enough for the 29-year-old former college baseball player: It was time to hire a coach.

Christophel turned to Mike Catris of the Athlete Program, who Christophel said has made all the difference in launching him to a new level in just a few short months.

The proof is on the Open leaderboard: Christopher placed 9th worldwide, unofficially qualifying himself to this summer’s CrossFit Games. 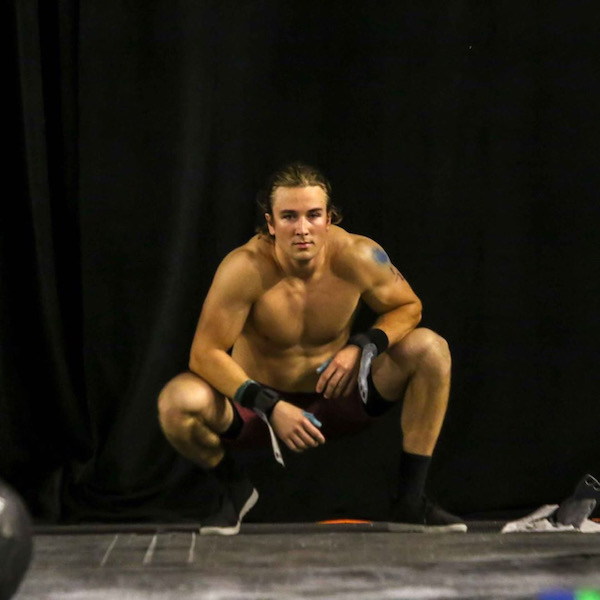 Catris also helped his athlete adopt a fearless, all-in approach to the Open, which lit a fire under Christophel’s ass to crack into the top 20.

“The theme for the Open this season was to burn the boats—based off the (“Burn the Ships”) story about the military commander who burnt the ships so his troops couldn’t turn around. So basically this helped me put all my eggs into one basket and really go for it,” Christophel said.

Going all in also meant that, unlike many other athletes who lined up their Sanctionals competition schedule prior to the Open, Christophel did not.

“We haven’t planned to go to any Sanctionals. So this week, for the last three days (since the Open ended), I have been chilling and resting and recovering and eating whatever I want,” he said.

Next week, it will be right back to business, as Christophel will begin preparing for the biggest competition of his CrossFit career, an accomplishment he admitted he hasn’t celebrated yet, and won’t until he receives the official invite from CrossFit Inc.

“It’s hard to really celebrate when you don’t officially have the invite, but I definitely had plenty of food on Tuesday,” said Christophel who manages and coaches at Lift Gym in Missouri.

Invite or not, this hasn’t stopped Christophel from either thinking about the Games or planning exactly what he needs to work on to be successful against the best athletes in the world.

“I didn’t have an Olympic weightlifting background when I started. I always benched and squatted and deadlifted and had decent aerobic endurance, but I was really far behind on overhead strength and Olympic lifting, so I’m going to try to hammer down with a lot of overhead work and weightlifting in the upcoming months,” he said, adding that he’ll also devote some considerable time to swimming, another inexperienced area in his game.

Truth be told, Games preparation is something Christphel has been thinking about since he quit baseball and got into CrossFit four years ago.

Here he is, with the biggest competition of his sport just around the corner, yet he’s taking it all in stride.

“I don’t really have a ranking or position goal. I just want to use the talents I’ve been blessed with to the best of my abilities, work hard, and where the chips fall they fall,” he said.