Blaine Sumner Explains the Misconceptions on Raw Versus Equipped Powerlifting

Blaine Sumner has just given one of the most accurate, even-handed comparisons of raw versus equipped powerlifting that we’ve ever seen.

The “Vanilla Gorilla” has an incredible number of titles under his belt in BOTH styles: he was the 2016 IPF Super Heavyweight World Champion, and in 2015 he had the IPF’s world raw squat world record and the total raw world record. At the 2016 Arnold Classic he broke the IPF’s highest ever squat, bench, total, and Wilks in equipped competition. (The Wilks Coefficient is an algorithm that compares powerlifting totals across lifters of different weight classes, somewhat analogous Sinclair scores in weightlifting.)

He’s smashed barriers in both raw and equipped powerlifting, and he’s here with a message: a lot of people who criticize equipped athletes don’t know what they’re talking about. Take a look at the full video below, uploaded by Juggernaut Training Systems.

There are a lot of gems here, but we’re going to distill the most important points.

Equipped powerlifting, as you may or may not know, involves the use of specialized suits or shirts that are made with high tensile fabric that snaps back into place when stretched in certain areas. In this way, they help to increase the max lifts of an athlete, sometimes by hundreds of pounds. (For example, Scott Mendelson has benched 1030 pounds equipped, but his best raw bench is 715 pounds.)

We know that sounds a little like these suits turn humans into some kind of hybrid cyborg, but it’s not the case.

“Like most people who don’t really understand the gear, I blamed it on the gear, I hated on the gear, I said this was bullcrap, it’s cheating,” said Sumner, describing an earlier attempt to compete equipped in the 2012 IPF World Championships (an equipped competition), where he came sixth place. (And didn’t like it.)

Then I kind of had this revelation moment where, you know in the IPF the best guys in the world were all lifting equipped. And I’d won the world championship, I had all the raw world records, and didn’t have much competition (…) I want to challenge myself, I want to go down this path that’s gonna be harder, it’s gonna beat my body up more, training sessions are gonna be longer, but I wanna see what i can do, I wanna push myself and chase (the strongest men on Earth.)

He competed in both kinds of lifting for a few years, but found that as more of his training happened in a suit, it kept his hips healthy and his shoulder problems waned in the bench press. In 2015, he came second in the Raw and the Open World Championships and decided to focus solely on equipped lifting.

To the untrained eye, the two forms of powerlifting look identical, but this couldn’t be further from the truth.

“People like to talk about strength as a skill, and raw lifting kind of only touches the surface of how skilled a sport like powerlifting can be,” Sumner explains. “When you add the gear, it’s a completely new element, the training gets more complicated, your technique gets more complicated. With raw powerlifting there’s only so much you can tell your body to do under load, with equipment you can try different techniques, the training sessions are a lot longer. Joint-wise my body feels a lot better, my hips feel better, knees much better, shoulders are better.” 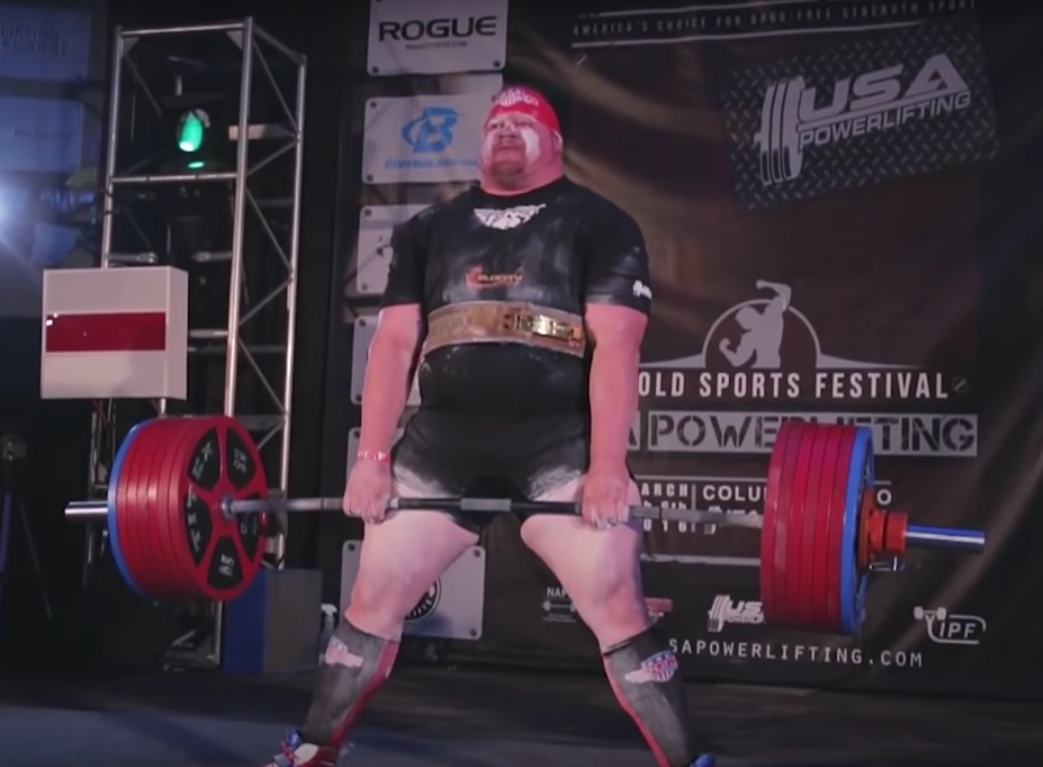 The fact is you train differently: Your workouts are longer. You peak differently. You taper differently. Your choice of assistance movement changes. It’s a very different sport and it relies more on technique than many people realize.

“The equipment doesn’t just give you strength. No one can just jump into a squat suit or a bench shirt and lift more weight,” Sumner continues. “You need to learn how to use it, but your strength curve changes too. If you’re a raw lifter and you miss the squat in the bottom, you get used to a squat suit and you might not squat halfway up. Sometimes it’s even the opposite, people will have a lower sticking point in gear than they do raw.”

Right now, all Blaine Sumner is focusing on is winning the 2017 IWGA World Games, which takes place in Poland in July. After that he’s not sure, but his future’s looking pretty bright.