Watch This Deadlift-Off With a Powerlifter, CrossFitter, Bodybuilder, and Weightlifter

As a website that focuses on powerlifting, weightlifting, and CrossFit, we know it’s kind of a silly question to ask “who would win” in various fitness-related scenarios, but it sure is fun to think about.

The guys over at Brute Strength decided to take a few of those favorite “what if” scenarios and put them to the test in the real world with their new series, Brute Showdown.

Brute Strength has really pulled off a feat managing to get these high level athletes to come together and face off against one another, and the videos are extraordinarily popular already. This week, we’ve been treated to a threefer: max deadlift, a physique show, and an eating contest.

Few things are more fun for a strength athlete to watch than a good old game of “let’s keep adding weight to the bar until no one can lift it,” and it was about time for Gentili to kick some ass. He’s just so much stronger and faster than his competitors on the deadlift, most of whom tapped out around the 500-pound mark. (Heppner PRd with 510, coming in second.) Gentili made it to 825 pounds. His competition max is 826, and he said he was aiming for 840 four weeks after this lift.

Then came the bodybuilding show, which is a lot of fun to watch — most of these guys have trouble keeping a straight face, but it’s interesting to see them being coached in the finer points of posing, which is way harder than a lot of people think. 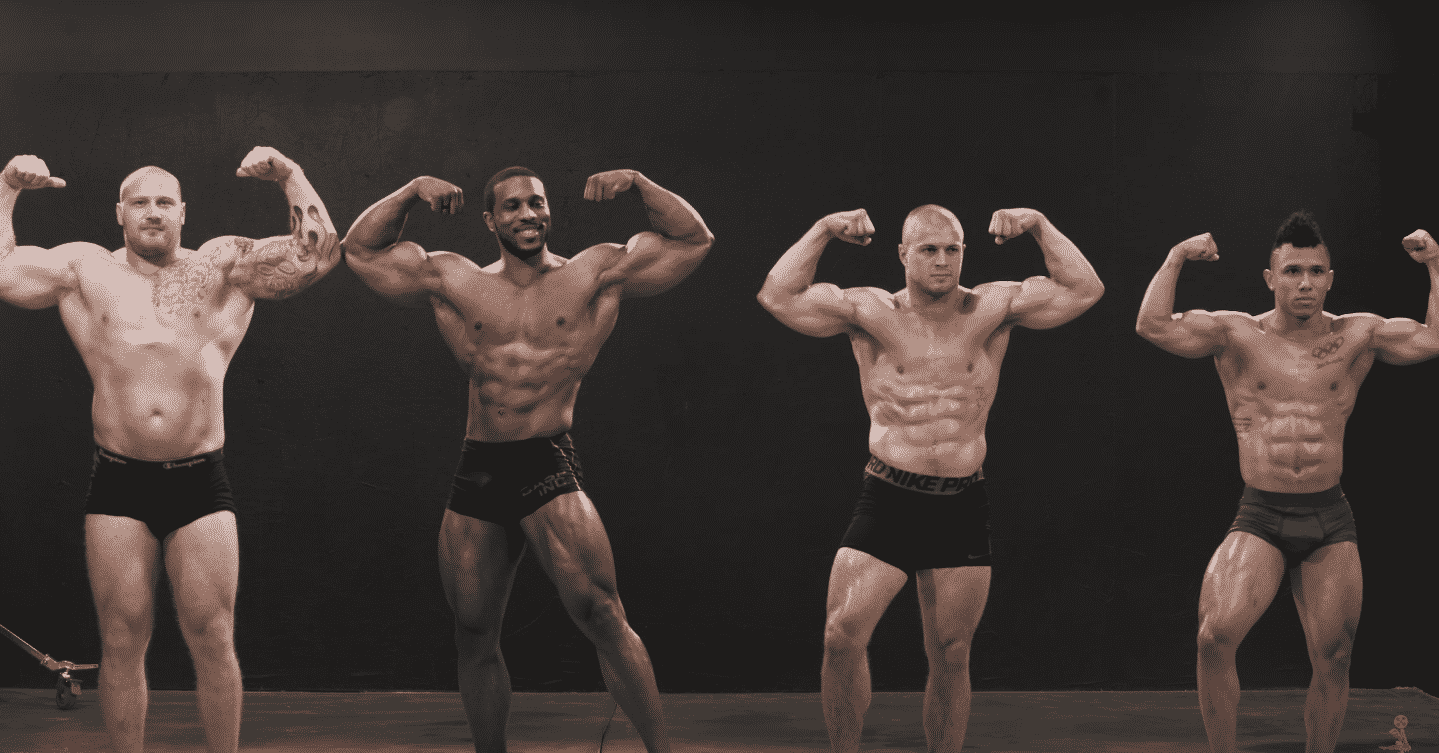 OK, so the winners in these videos aren’t exactly surprising, but a) it’s fun to see the -69kg weightlifter dominate athletes almost twice his weight, and b) it’s interesting to see how the second, third, and fourth placements shake out.

For example, Ballenger the bodybuilder took second place in the CrossFit workout and while he was third in the max clean, his clean was actually more of an upright row of 300 pounds. Mosquera was amazed, saying “He’s super strong, if he had the technique he’d beat me.” (Remember that he’s also a lot heavier.) Gentili, who annihilated the rest of them in the deadlift, came last in the max clean with 225 pounds, seemingly unable to not deadlift the weight. Here’s the clip again; Ballenger’s row-clean is at the 2.26 mark.

We watch a lot of YouTube videos about strength sports, and these are a step above the usual fare. We’re really looking forward to seeing the rest of this series.