5 Keys to Earning a Professional Wage As a Fitness Coach

In my 10 years coaching fitness—and through interviewing quite literally hundreds of small gym owners and trainers of the CrossFit variety and otherwise—it’s apparent there are some real shortcomings in our industry.

One of the biggest shortcomings, in my opinion, is a lack of full-time, career coaches who earn a professional wage.

Why is this a problem?

If you’re an aspiring full-time professional coach and I just burst your bubble, please keep reading…

There is a way to earn a professional wage—$75,000-plus—working a manageable number of on-floor coaching hours. I have spoken to dozens of trainers who are doing just this. They’re in the minority, but they’re out there and they all have similar things in common. 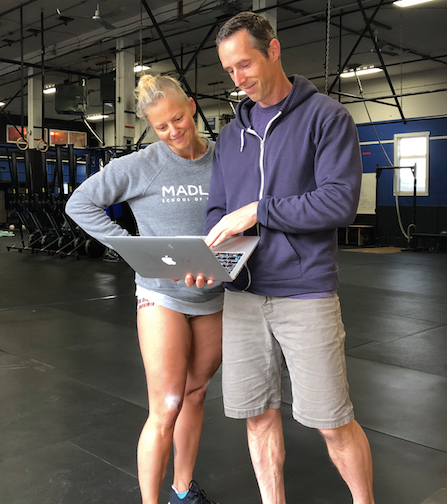 This brings me to the 5 things coaches who are earning a professional wage as a fitness coach have in common:

1. They’re not getting paid by the hour

Unless you find a gym owner who will pay you $60-plus an hour, you will never get there trapped in the hourly wage model.

Let’s do the math.

Talking to dozens CrossFit affiliate owners and coaches through the years, I have heard coaches making as little as $15 an hour to coach a class, and as much as $35 an hour.

If not by the hour, then what?

If you are paid 40 to 50 percent of the revenue generated from your own book of clients, you stand a chance to earn well above $60,000 a year.

It comes from looking at three coach compensation models various gyms are pursuing today: MadLab gyms (many of these gyms are CrossFit affiliates, while others have moved away from the CrossFit brand), OPEX-licensed gyms, and CrossFit gyms who have used Two-Brain Business as their consultant.

I coach at MadLab School of Fitness in Vancouver, B.C. We are compensated either 40 or 50 percent of the revenue our clients generate. We earn 40 percent if the client was given to us by the gym, and 50 percent if we bring the client in or they’re a referral. These percentages are similar at other MadLab gyms around the world.

Similarly, functional fitness gyms, such as OPEX-licensed gyms—of whom I have interviewed 50-plus gym owners and coaches in the last 9 months—also pay between 40 and 50 percent to their coaches.

Finally, those who have used Two-Brain Business as their consulting firm are encouraged to adopt a 4/9th compensation model, meaning they effectively pay their coaches 44 percent of the revenue they generate from certain services. 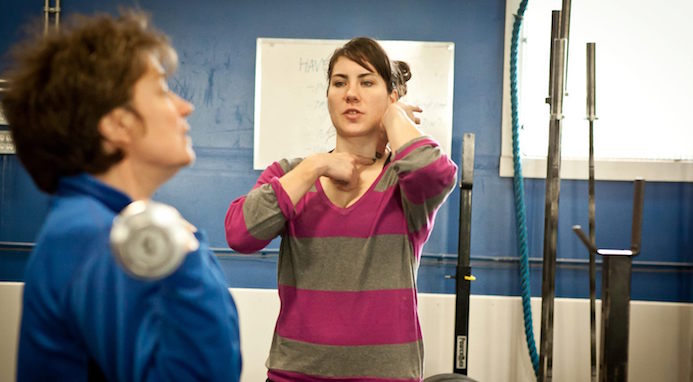 Though the following is a simplified breakdown of these models, let’s consider some simple math first to grasp the concept:

Note: These models are also designed so the coach can take vacations and still get paid. And the dozens of coaches I have interviewed in these types of systems report coaching between 15-30 hours a week on the floor—way more manageable than working for $25 or $30 an hour, which would require you to work 60-plus hours a week to make a comparable wage.

Let’s take a more specific look at two coaches who are paid based on a percentage of revenue compensation model:

Shana is a coach at OPEX Revival in San Rafael, California, a gym owned by CrossFit Games star Marcus Filly.

To do this, she works 9 to 11.5 hours a week, and spends another approximately 9 hours programming and another 8 to 9 hours doing lifestyle consults with her clients.

Not only can she make a good living, she also has the ability to go on vacation and still get paid, which she couldn’t do when she was getting paid by the hour.

“If left for two weeks (in the hourly wage model), I wasn’t getting paid because I wasn’t teaching a class or (wasn’t) on the floor with a PT client, so no income was coming in,” she said.

More importantly, she said this model is more sustainable for the long-term.

“I’m 42…I’m not an ageist, but if you’re a 22 or 23 year-old, sure, coach 20 classes a week with all the energy in the world. But that’s just not sustainable long-term. …So yeah, it’s great that I make more money this way, too, but what’s of even more value to me is that I can still be doing this job at 55 years old,” she said.

Similarly, Trevor has been coaching in a percentage of revenue model at MadLab School of Fitness for 15 years. It took him three years to build his book of clients up to a place where he earned $60,000 a year, but since 2008, he has consistently grown his book of clients each year and has earned a professional wage for the last decade.

When asked if he would still be coaching in his 40s if he were making an hourly wage, he emphatically said: “Not a chance.” 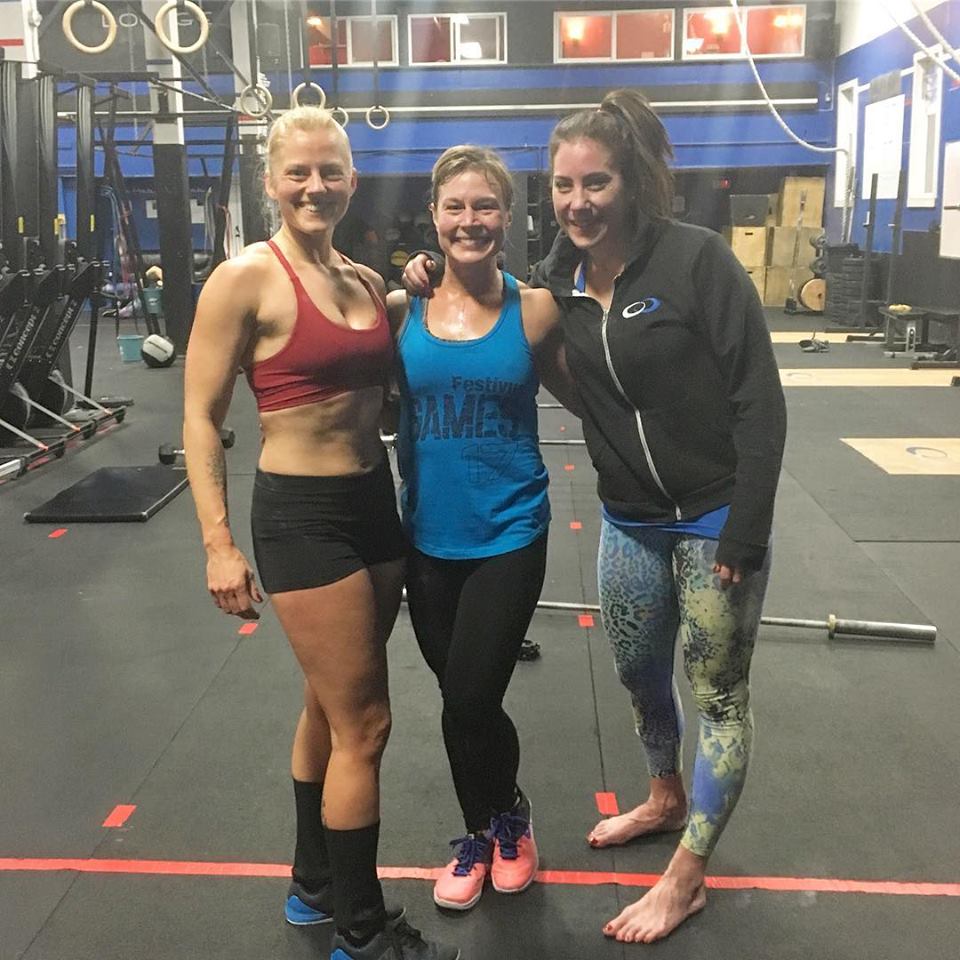 Though coaching a group class sounds fun—and it is for a while—if this is all you’re doing, you’re eventually going to get bored. Period.

This is especially true if you’re coaching more than two group classes a day. It will start to feel like you’re getting paid to babysit adults, manage the hour and be a clock starter.

This doesn’t mean you can’t ever coach group classes. It simply means, if you’re looking to stick around as a long-term career, you should strive to coach at a gym where you’re coaching no more than two group classes a day.

Brandon Burchfield is just one of more than 50 gym owners and trainers I have interviewed in the last year, who have moved away from the purely group class model for exactly this reason.

”It got to the point that I was so unfulfilled. I felt like a clock starter. You know, ‘3, 2, 1 Go.’ I wasn’t really making a difference in people’s lives,” he said.

Long-time coach Kayla Smith put it this way: “There were days I was coaching five or six classes a day, coaching the same stuff over and over and repeating myself over and over,” she said. “I was so over babysitting adults.

If I have learned anything about clients at my gym in the last decade, it’s that most people aren’t at the gym for a hard workout, per se. They’re there because they want a solution to their pain. Maybe their pain stems from being overweight, or maybe they have become so weak they’re not confident they can babysit their grandchildren; regardless of the source of the person’s pain, we all have it.

On a similar note, most people need help, not just in the hour they come to the gym, but in the other 23 hours of the day—help with their nutrition, sleep, stress levels.

The moment you start developing open, authentic relationships with your clients—when you help them uncover their pain and make lifestyle changes that affect the other 23 hours of the day—is when you’ll really be able to make a difference in their lives. As a result, they will immediately have more success and will stick around the gym. And you will be way more fulfilled than you ever could be administering hard group class workouts to people you barely know for six to eight hours a day.

The point: Seek a gym that is built around forging one-on-one relationships and individualized care—be it through personal training, lifestyle consults or individual program design.

Though this might sound like a no-brainer, if you’re not keeping on top of the latest science and trends, you will have a hard time becoming a professional coach.

This doesn’t always mean dropping hundreds of dollars on new courses and seminars. While that might be part of it, it can also mean self-education, or simply surrounding yourself with coaches and experts, or a community of coaches, you can learn from.

Keeping your finger on the pulse and constantly expanding your knowledge will not only help you help your clients, but it’ll also ensure you stay keenly interested and excited about your career.

5. They accept that five-letter word everyone loves to hate

SALES: It gets a bad rep.

But if you’re in the fitness industry—and you’re working in a percentage of revenue-based system and earning a professional wage—you’ll need to embrace the idea that you’re in sales.

What helped me do this was to change the way I viewed sales:

Sales isn’t about trying to get someone’s money in exchange for coaching them. It’s simply a conversation between two people to get to the bottom of the problem, to find their pain, and to see if I have a solution to their problem.

Another part of this is being OK with the fact that you’re not going to sell everyone who walks through the doors.

You’re not looking to train everyone; you’re looking to find the right people to become clients for years to come. It’s these loyal people who will help you become a full-time, professional career coach.