Everything from macros to CBD supplements.

Kari Pearce is a 5-time CrossFit Games athlete and she earned the title of “America’s Fittest Woman™” in 2016, 2018, and 2019. So right now, she is the best female CrossFit® athlete in the United States. She’s a phenomenally accomplished, hard working, and decorated athlete.

Today, we’re talking about her diet. You’ve seen this woman’s incredible feats of strength and fitness, how does she fuel up?

Well, she’s 5’2″ and a half, she weighs 139 pounds, and even though she’s shorter than the Fittest Woman on Earth™ Tia-Clair Toomey, she eats about a thousand calories more than what Tia-Clair told us she eats…

“I go per meal because I follow (nutrition coaching program) RP Strength, and they more or less outline each meal,” says Pearce. “Most of the time it’s 15 grams of fat, 20 grams of protein, and between 45 and 60 grams of carbs, depending on if i’d just trained and how much I’d trained. So I usually have five meals similar to that.”

A lot of athletes go really low in fat so they can cram in as many carbohydrates as their calorie allotment will allow, but Kari has an intake that’s more evenly split: about a third of her calories come from fat, more than half from carbs, and about 17 percent from protein.

Side note: while she eats a little more than a gram of protein per pound of bodyweight, which many would consider “high protein,” it’s worth emphasizing here that her protein is far and away the smallest percentage of her overall calories.

[Related: Check out our calculator to work out your ideal protein intake]

Unlike a lot of athletes, Pearce’s weight doesn’t fluctuate throughout the year based on where she is in the CrossFit season: she always sits right between 138 and 140 pounds — if she weighs anything else, she says, then it just doesn’t feel right.

“A couple years ago I tried adding mass just because I was weak compared to the other girls, so I figured gaining some weight would help with that,” she explains. “So I got up to 141, I was playing a bit at 142, but my gymnastics stuff suffered. I didn’t feel as light. Yeah, my strength went up, but with CrossFit you have to be so well rounded. I think finding that happy weight of being strong but also good at the gymnastics is the way to go about it.”

This is a really critical point that distinguishes CrossFit from other strength sports: being stronger doesn’t always make you better at your sport because in CrossFit, you have to be strong and able to move fast and have good gymnastic ability.

[Related: Check out our guide to Mat Fraser’s diet!]

Kari isn’t extremely rigid with her diet. Because she eats mostly whole foods, she doesn’t feel like she’s in trouble if she sometimes eats a bit more than her daily calorie allotment.

“My eating is very consistent,” she says. “Some days I’ll feel hungrier and I’ll add a bit more than I need, and if I’m not feeling it I won’t. I don’t really think about foods that are off limits, it’s more like, I just eat what I do and when I want something I go and get it. I eat sushi as well, so when I want it I go out for that. (But usually) I throw everything in a bowl, I have two bowls: my oatmeal bowl and my chicken and veggie bowl.”

That’s most of what she eats: oatmeal and chicken and eggs and veggies.

Kari loves oatmeal so much she used to eat it four times a day, and she’ll even have oatmeal for dessert sometimes. And why not? It’s unusually high in protein for a grain, it’s full of beta glucans (which might lower cholesterol), they have a lot of magnesium and iron and zinc. In fact, a cup of cooked oatmeal has at least 20% of the recommended daily intake of these important nutrients, which help with recovery, energy production, testosterone support, immunity, and other areas of your health. 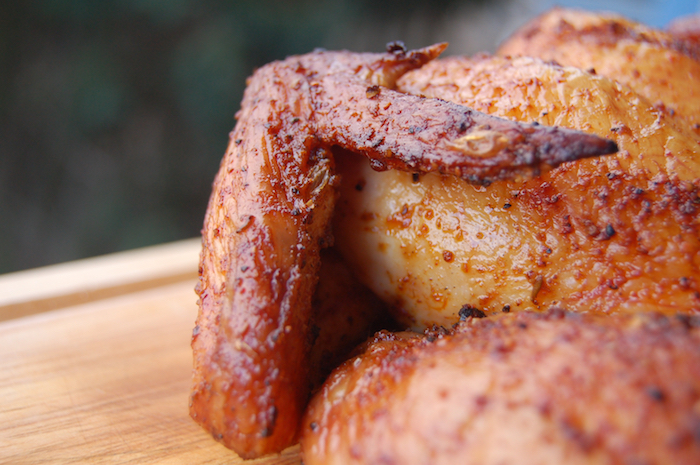 So the foods that usually make an appearance on her plate are:

When it comes to “cheat meals” she defaults to Mexican food, steak and potatoes, ice cream, all the main players. But she doesn’t fetishize cheat days the same way a lot of athletes do.

“If I’m craving something, usually I’ll wait a day and if I still want it, I’ll go get it,” she says. “And I won’t feel guilty about it because I’m so clean most of the time. So every once in a while, you need to treat yourself.”

Basically, when you’re strict most of the time, you can be relaxed more often. There is indeed freedom through discipline when it comes to nutrition.

The 3 Types of Carbs

Pearce — like CrossFit champ Rich Froning, if you’ve seen our video on his diet — divides carbs into three categories.

She takes a drink with glucose and whey (it provides about 45 to 60 grams of carbs and 18 grams of protein), but other options that athletes can choose include

Because liquid digests quickly, it’s a great way to get a fast energy source when working out.

Eaten before a workout (for energy) or after a workout (to replenish glycogen), these don’t have to be liquid but they should be pretty low in fiber and fat so that they digest quickly. Options include

Your more traditional carbohydrate sources that digest slowly and provide more satiety, these are eaten a few hours before or after your workout. They’re “any time,” or rather “any non-workout time” carbs. Option include

This approach to nutrition keeps blood sugar relatively stable, except for around a workout, when it can be useful to spike blood sugar. 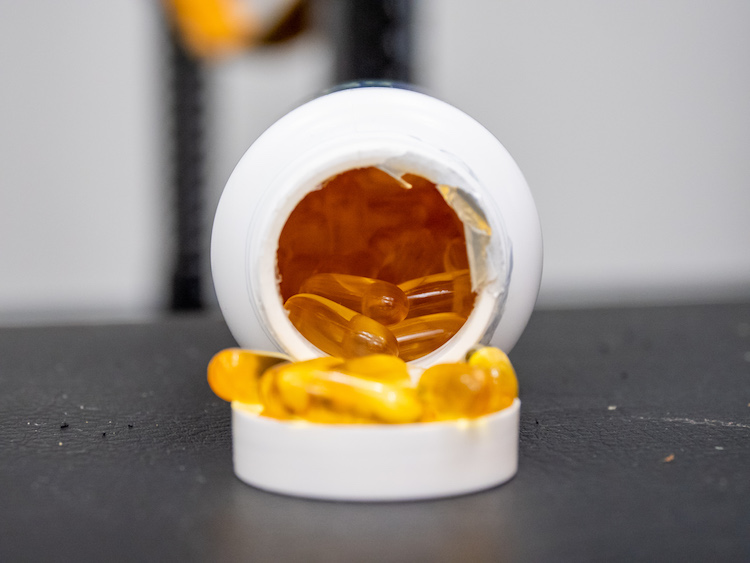 The CBD is probably the most notable, here. Kari Pearce is sponsored by the CBD company Beam, the same company that sponsors Mat Fraser and Tia-Clair Toomey, and she takes one of their supplements in the morning and evening.

It’s not like she’s completely impartial here, but she nonetheless says that the CBD helped her achieve better heart rate varability — a measure of how relaxed your nervous system is — by improving her sleep quality. Beam’s supplements also contain magnesium and melatonin, which are really strongly linked to better quality sleep, but the CBD itself does indeed have some links to improved sleep quality, especially if your sleep is hampered by anxiety.

That’s everything there is to know about Kari Pearce’s diet, from her macros to her staples foods and supplements. From CBD to oatmeal, there are some actionable takeaways here for any athlete — just remember to chat with your doctor before making big changes to your diet and supplement regimen.