Learn everything you need to know about the Fittest Woman on Earth's diet.

But what she eats, when she eats it, and how she supplements might surprise you.

We interviewed Tia-Clair Toomey because she’s a CrossFit® athlete worth paying attention to. In fact, she’s probably the CrossFit athlete to pay attention to. She’s The Fittest Woman on Earth™, an actually trademarked term that can only be used to refer to the reigning CrossFit Games champ. And nobody else has held the title for as long as Toomey, having won the CrossFit Games in 2017, 2018, and 2019. She’s the most dominant female CrossFit athlete of all time.

Not to mention the fact that in 2018, she won a gold medal at the Commonwealth Games as a -58kg weightlifter, totaling 201 kilos.

But you have to hear about the rest of this woman’s nutrition plan, which includes so much CBD that she even takes it pre workout.

Here are the basic stats:

That’s her diet during the Games season. In her words, “when I’m really prioritizing training and we’re building up to the Games, I’m having at least 2500 calories a day.”

Those calories actually add up to about 2,200, but we assume most of the rest of her calories would come from carbohydrates, which she emphasizes strongly.

This is a pretty common strategy for athletes. We’ve written on the diets of CrossFit champ Rich Froning and weightlifter Katherine Nye, who both limit fat surrounding their workouts because they slow digestion. Not a big deal when you aren’t about to train, but limiting fat pre and post workout means that the carbs are absorbed more quickly so they can provide energy before the workout and replete your carb stores afterward. (Fat sitting in the belly can also produce a “heavy” feeling that’s not always pleasant to train with.)

W.O.W! @mayhemclassic put on a great show and it was an honor to be apart of it. Not only was I able to do what I love and compete in-front of an incredible crowd along side phenomenal athletes but I had one of the best athlete experiences and I was able to compete in my home gym @thecrossfitmayhem ❤️🇦🇺 I cannot thank the Mayhem team enough for putting on such a spectacular event and thank-you so much to all the volunteers, judges and organizers who made this event possible. 😘 A huge shout out to the crowd that cheered all weekend long and CONGRATULATIONS to everyone that competed and gave it their very best. We definitely have 2 great sanctional representatives going to the games from this event. 🙌🏼👏🏼 📸 @pattyorr_

That said, sometimes Toomey will train fasted is she’s just woken up.

“If I have a morning session, I’ll wake up and train on an empty stomach because I have had a lot of food for dinner,” she says. “I’m not wanting to burn that fat off for weight loss so much as I’m wanting to use that energy I’ve stored overnight. That’s just something I’ve felt has worked really well for me and I can function really well on that. But if I don’t train until late afternoon, I’ll have my fats in the morning at breakfast and make sure I have my carbs closer to my training.”

How Much Does Tia-Clair Toomey Train?

She trains a lot. Once the season kicks off with the CrossFit Open she’ll work out about 5 hours a day, starting with a morning session for 90 minutes, then she’ll head home and sleep or do so some mobility work, and then spend the rest of the time in the gym.

“That’ll be about four hours or so in the afternoon, making sure I’m building my strength, working on gymnastics skill, doing a lot of metcons, just making sure I’m covering that variety CrossFit provides,” she says.

That’s five hours total, but sometimes, when the Games are just around the corner, she’ll train for eight to ten hours a day over three workouts.

[Related: Everything You Want to Know About Thor Bjornsson’s Strongman Diet]

What Kind of Foods Does Tia-Clair Toomey Eat?

Well she’s not Paleo. Toomey started her career in CrossFit avoiding wheat because the Paleo diet — no grains, no legumes — used to be all the rage in the sport, but these days she doesn’t avoid her favorite sourdough bread anymore. As opposed to following rigid rules that others have designed, she’s more about listening to what her body responds to.

Today, she has found that dairy doesn’t agree with her much, but she eats a wide variety of whole foods.

“I take a very conscious effort on what kinds of foods I’m putting into the body,” she says. “So I’m making sure I’ve got a lot of fresh vegetables and fruits. I really enjoy red meats but I want to have a variety of proteins, so I’m making sure I’m having fish and chicken in my diet. That’s something that’s very important to me, rather than ‘Oh, it’s Wednesday, I have to eat more carbs.’ It doesn’t work like that.”

In other words she doesn’t cycle carbs like a lot of athletes do — eating more on workout days and less on rest days. She’s more about consistency and food quality.

[Related: Our complete guide to carb cycling for athletes]

As far as daily staples go, she’s a huge fan of apple cider vinegar every morning.

“That’s for a number of reasons,” Toomey says. “I think that it’s a really great way to help with digestion and it fixes so many things within the body that you aren’t very aware of, so that’s something I have religiously.”

She’s also really into coconut water, pretty much every day she makes a smoothie with coconut water and vegetables. Coconut water is a good source of electrolytes, which are important for maintaining hydration. 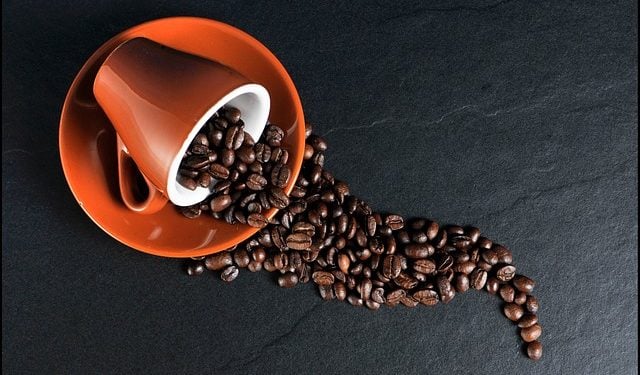 “In the morning I have my zinc tablets, fish oil tablets, magnesium tablets, and I like to have multivitamins as well,” she says.

But there’s one supplement to which she just says no.

“I stay away from pre workouts,” she adds. “I’ll have coffee if I need to but I try to not have coffee after lunch. It doesn’t keep me up at night, I just know how long caffeine stays in the body for, so I’m trying to make sure when it comes to resting and recovering at night time, I don’t have as much caffeine in the body.”

Finally, she takes a lot of CBD, a cannabinoid found in cannabis.

Here, we should point out that the CBD company Beam sponsors Tia-Clair Toomey and they helped to set up the interview. No money changed hands and this isn’t a sponsored post, but we should disclose that Beam had some involvement with this article’s publication.

CBD comes from cannabis, but it does not get you high. More and more evidence is suggesting that this newly legal chemical can potentially help with pain relief, reducing inflammation, and anxiety-related insomnia.(1)(2)(3)(4)(5)(6)(7)(8)

It might come as a surprise to some that Toomey likes to take CBD not just to help her achieve deeper sleep, but also before working out. But she finds that this compound isn’t about chilling you out so much as it is about helping to calm the mind — she says it helps her to focus during workouts.

“It’s something I was a little skeptical of as well, but it actually helps you stay focused in what you’re about to do,” she says. “I’m no professional when it comes to talking about CBD, but I know it has really allowed me to focus and just channel my energy into the particular workout I want to do. Every so often you want to zone out, but I know when I’m constantly taking my CBD oil I’m able to stay focused and stay in the zone. And it has really helped.”

She takes about 8 to 10 milligrams of CBD throughout the day. Some athletes take a lot more — strongman athletes Tom and Luke Stoltman told us they take about 100 milligrams, but then again, they weigh well over twice Toomey’s bodyweight.

CBD is allowed by the World Anti-Doping Agency, and the World Health Organization and the National Institutes on Drug Abuse also have stated that the drug isn’t problematic. That said, the FDA is still a little skittish, and published a paper in late 2019 saying that we need more research on it before we start mainlining CBD all day. Research is ongoing.

[Related: What every athlete should know about CBD]

It’s the start of a new decade & a new year. What are you doing to make a better change? @shaneorr01 and I offer 2 kinds of fitness programs to suit people who are looking to; 1. Compete competitively in Crossfit competitions, this is actually my personalized program I do on a daily basis & 2. our HITT program that caters for all levels of fitness who are busy and only have 60mins to work on their fitness. So get after those New Year Resolutions and sign up today to our @tiafitness1 programs. You can find this in the link in my bio. #Tfitness #fitnessprogram #TCT #moreorr #newyearresolution #2020

So, in short, Tia-Clair Toomey eats a pretty standard medium protein, high carb, low fat diet — almost every athlete we talk to has a macro split similar to hers — she limits fat around her workouts, emphasizes whole foods and coconut water, likes CBD, and takes magnesium, fish oil, zinc, and multivitamins.

There’s a lot of great information in this interview, just remember to speak with your physician before starting a new diet or workout program.