International Women’s Day is held on the 8th of March to celebrate women’s achievements throughout history and across nations. USA Weightlifting has taken this opportunity to celebrate 18 women who shaped the sport of weightlifting and at BarBend, we want to take this opportunity to recognize some of the most exceptional female strength athletes who have changed their sports for the better. Note that we haven’t arranged this list in any particular order; all of these ladies are incredible pioneers in their fields.

Not one, not two, but three gold medals and IWF World Champion status in 2017. Sarah Robles is a +90kg Olympic Weightlifter and is the first American woman to be named World Champion since Robin Byrd Goad in 1994. She snatched 126 kilograms and clean & jerked 158 kilograms, which is itself an extraordinary achievement. Oh, and she won bronze at the Rio Olympics, making her the first American to medal in weightlifting in sixteen years.

Jen Thompson will go down as one of the Greatest of All Time in the powerlifting world. Currently lifting in the -63kg weight class, Thompson is perhaps best known for crushing the -72kg IPF world record for the bench press last year with a mammoth 144kg (317.5lb) lift — weighing 63.15 kilograms. Juggernaut Strength later named that single bench press as the number one greatest feat of strength of all time.

Took my heavy training day to the @miaclassic this weekend. A nice little test to see where I’m at as we get closer to the final prep for Worlds. 135kg/297lbs clean and jerk at 69.05kg body weight. Weights felt really good despite no real Deload, now time to tweak some technical things and continue the push towards worlds! Thank you @dannyxsoul for hosting another fun meet! 🤘🏽 #Repost @dannyxsoul (@get_repost) ・・・ Mattie closing out the meet with a giant 135kg CJ to the best Integrity record. @mattiecakesssss @miaclassic @integrityofficial #Integrity2000

Despite what some internet fans believe, Mattie did not make this list for breaking windows. She is an immensely talent -69kg Olympic Weightlifter from the United States with a propensity for breaking American records. She holds all three American records in her weight class for the snatch (106kg), clean & jerk (134kg), and total (239kg). More recently she took home bronze at the 2017 World Weightlifting Championships and she unofficially broke her clean & jerk record in training with a 135kg lift.

This Australian CrossFit athlete has managed some impressive feats of fitness. In 2016 — in the same calendar year — she finished second at the Reebok CrossFit® Games and competed in the Rio Olympic as a weightlifter. If that wasn’t enough of an achievement, Toomey went on to win the 2017 Reebok CrossFit® Games in an extremely close race with fellow Australian Kara Webb.

250kg_551.2 DL What a blessing to have @spsgym hold a meet in myself and @optimusprime_334 honor (Kim and Ray SPS Invitational). The Speed Power Strength crew put on amazing meet. Ray and I lifted after the meet. It felt great to pay homage to all the people who attended the meet. Thank you guys for coming , supporting, and being a part of the powerlifting family!! Thank you to the awesome first time meet director @jkbambii [email protected] for being my coach🙌🏾 and @jamranhar for the video!! #Ilovethissport #powerlifterforlife #thankful #stillnotdone #nodaysoff #relentless #takenothingforgranted #invictus #invictusanimus #ipf #theipf #sbdapparel #sbd #teamsbdusa #sbdelite #apemanstrong #promerasports #TEAMCONCRET #bellpowersystems #otg_ia #powerlifting #powerlifter #fitness #fitnessmotivation #blackgirlmagic #ryourogue #powerliftingmotivation #beast #training #deadlift

If you want to be inspired, then look no further than Kimberly Walford. This 39-year-old powerlifter unofficially shattered her deadlift world record by 7kg at a local meet where she pulled an unfathomable 250kg. Want more reasons to be impressed? She holds two IPF deadlift world records in the -63kg class (221kg/487.2lb) and the -72kg class (243kg/535.7lb) as well as the -72kg world record total (540kg/1,190.5lb).

247.5kg/545lbs 125lbs bw . What an awesome time at the @animalpak cage today. I wasn’t planning on maxing but the energy was out of this world! Thanks to everyone who came out to support. . @dangreenpowerlifter @hayden.bowe @alexuslar @aloragriffiths

Stefanie Cohen is one inspiring lady. She has a Bachelors in Exercise Physiology and Sports Medicine, she’s about to finish up her Doctor of Physical Therapy degree, and she’s strong… and by strong we mean pulling a 545lb (247kg) deadlift at 123lbs (56kg) bodyweight at the 2018 Arnold Classic. Just to highlight some of her achievements, Stefi has won multiple state gold medals in weightlifting, was the first female to pull four times bodyweight deadlift, and she has a very successful online training business, The Hybrid Performance Method.

[Check out our interview with Stefi Cohen on the best cardio for powerlifters here.]

If her positive attitude, huge smile, and insane strength isn’t enough to turn your head then keep reading. After dominating her -75kg weight class at the 2017 WWC — she totaled 258kg, eighteen kilos heavier than second place finisher Neisi Dajomes — Lydia was voted as IWF female lifter of the year for 2017. She has also won three Olympic medals (including gold in London), and she won two gold medals at the 2017 European Championships for her 137kg clean & jerk and a 252kg total.

This woman takes records and crushes them. On March 3rd, she competed in the women’s -72kg open raw weight class on the Rogue Strength Stage at the Arnold Powerlifting Grand Prix and squatted 440lbs (200kg). This was a huge powerlifting milestone, life goal, and IPF open raw squat world record — the third she’d set in the previous year. If that wasn’t enough, she went on to set two European Records with a 215kg (474 lbs) deadlift and a 512.5kg (1,130 lb) total at the Arnold.

And the deadlift to secure my 558 wilks and 4.1Xs the BW deadlift 😭😭 I ended up peeing myself. To be fair, it could have easily been avoided as I had been holding it since warmups but everything was going so fast and i didn’t want to be rushed into my attempts. So out it came. That’s fine 😂 glad I could have fun with the fact it happened 🧚🏼‍♀️🧚🏼‍♀️🧚🏼‍♀️🧚🏼‍♀️ . . @sbd.usa @sbdapparel @theipf @usapowerlifting

Great things do come in small packages. Weighing in at 97.2lbs (44.1kg) and measuring 4 feet 10 inches tall, the 27-year-old took the stage at the Arnold Classic were she took home a new world record in the deadlift: 402.3 lbs (182.5 kg), or 4.13 times her bodyweight. This makes Heater the first female IPF athlete to deadlift quadruple bodyweight raw.

Joy Nnamani is an unusual figure in powerlifting in that she smashes records completely raw. No belt, no knee sleeves, just Joy and the bar. In the powerlifting world that is very rare, especially when you are pulling 200kg (440lb) off the ground and you weigh 57kg. That was a new IPF world record, and it was at least the third time she broke that record in the -57kg class — plus she also holds the -52kg record with 190 kilograms. When asked why she eschews belts and sleeves, she gave a pretty badass answer, “It’s demanding of myself and demanding of my body but I want to know how strong Joy is, not joy plus belt or sleeves.”

Meg Gallagher has multiple state records under her belt in powerlifting, but the reason she’s known to many in the sport is for the tireless work she does to bring powerlifting mainstream and to empower women to embrace strength training. A tireless content producer for her hugely popular YouTube channel, her motto is to inspire women to “Be more” in a world that tells you to be less. Recently, she won the Bodybuilding.com spokesmodel award, a huge deal for an industry that tends to emphasize body fat over strength and a significant step forward for strength training.

[Read why Meg and nine other athletes began their journey in powerlifting here.]

Last but by no means least, we have Chen Wei Ling. Not only has she pulled a 180kg (397lb) raw deadlift in training and holds the current IPF equipped deadlift record with 186 kilograms (410lb), Chen has made an astronomical 463lbs (210kg) equipped squat at 46,75kg bodyweuight. This is four and a half times body weight squat. And just to add to this already impressive resume, Chen has also medaled in weightlifting, having represented Chinese Taipei (Taiwan) at the Athens, Beijing, and Rio Olympics. She took home bronze in 2008 with a 432lbs (196kg) total. I feel this is an appropriate “drop the mic” situation.

This is one impressive list of ladies. Women in strength sports is still a relatively young sport with the first IPF Women’s World being held in 1980 and it wasn’t until the 2000 Sydney Olympics that women were allowed to compete at the Games in weightlifting. Although the female lifting scene is still in its infancy the talent pool is deep and ever growing, and we cannot wait to see what happens next.

Editor’s Note: BarBend reader and trainer Alex Silver-Fagan had the following to say after reading the above article:

“Women are seriously changing the game. We’ve gone from being subdued and shut down, to standing tall and taking control over our lives and our interests. Fitness is no different. The industry is now flooded with strong female athletes and coaches, proving that women really can do it all.

When I first entered the weight room in college, I was the only girl, and while that may have intimidated others, I was incredibly proud and motivated. I realized that I was strong enough to go in there and hang with the boys, and it’s the attitude I want every girl to feel.

We are not defined by our gender, but instead by our hard work and our passion.
Having an amazing group of strong women like these in the article to look up to, inspires me and I’m sure inspires so many other women out there.” 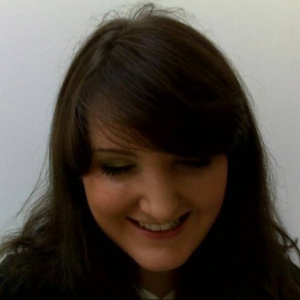 Alice has a Bachelors in Pharmacology, pursuing a Masters in Quality Assurance and Biotechnology. Alice holds her CF-Lv 1 and has been coaching rock climbing for several years in Ireland and Sweden. Alongside being an avid coach she runs Spartan races, competes in CrossFit, and travels the world to climb in some of the most incredible locations.Alice works in the Health and Fitness industry as both a Project Manager for a Canadian Vegan Supplement company called Nested Naturals and as the Social Media Coordinator for Training App for bodybuilders, weightlifters, CrossFitters, and powerlifters called Gravitus.