Are These the First Pics of Adidas’ 2018 Lifting Shoes? (Leistung, Powerlift, and More)

Out of all the companies that make lifting shoes, it seems like Adidas is the brand that’s constantly updating their models, releasing new color schemes, and tweaking shoes based off of user feedback. From a recent Reddit post, it would appear Adidas is giving an update to their Leistung, Powerlift, and CrazyPower models.

The Reddit post shared by user mikey_74-77 contains five pictures of the Leistung, Powerlift, and CrazyPower models. He wrote below the photos, “From a teammate who is sponsored by Adidas.” Other than that bit of knowledge, it’s still unclear as to who the sponsored athlete is, or when Adidas plans to release sneak peaks, and the shoes themselves.

Below are few photos of the “new” Adidas Leistung models. Personally, I think they look more like new color schemes, not true new models. 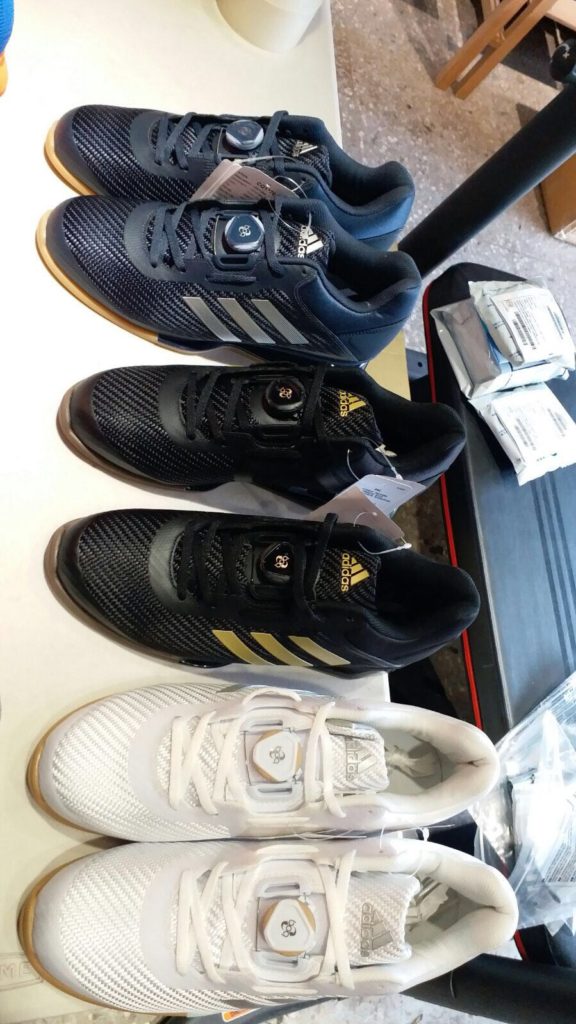 It’s difficult to say for certain if these shoes are truly a new model, or just updated color schemes. Our guess is, if they’re just new color schemes, then we’ll be seeing them sometime in the near future.

In the Reddit post, mikey_74-77 commented below the original photos saying (which we presume comes from his friend), “The Leistungs are pretty much the same as last year, but the BOA lacing has been beefed up. Less likely too loosen up like before. Upper is a thick mesh material not the plasticly honeycomb upper from last year.”

If you look closely at the BOA system, and the upper shoe material, then you’ll see it looks eerily similar to the current Adidas Leistung 16 II model. Yet, if you look at the heel’s material, it does a little thicker than what the 16 II’s have (especially in the white shoe), but it’s hard to tell. 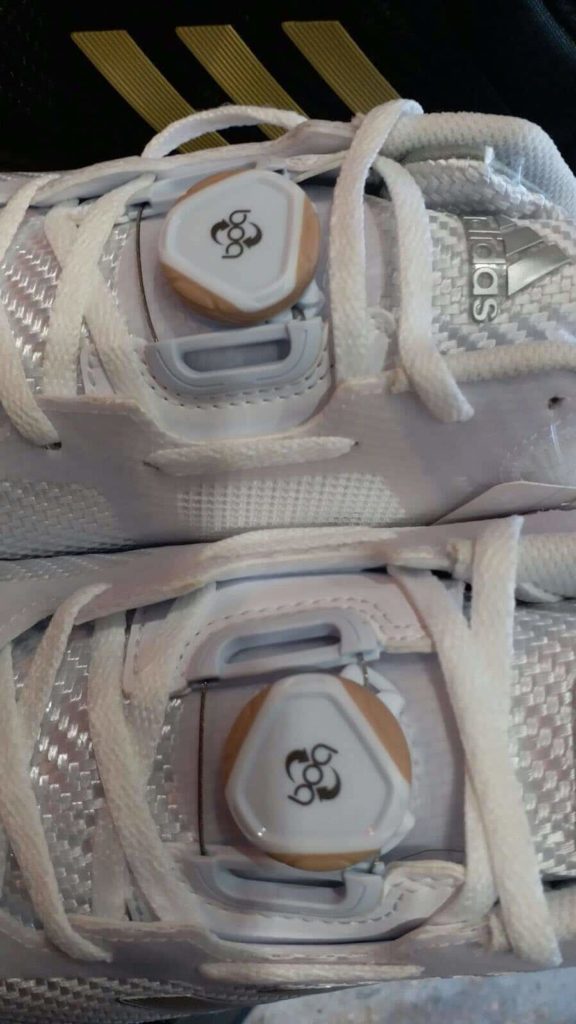 The CrazyPower model, which was quietly released by Adidas earlier this year, also looks like it got a slight modification. Check out the velcro under the top strap, it looks like it wraps down the side slightly further than the current model.

[Want to find the best weightlifting shoe for you? Read our full rundown of the best lifting shoes!]

Additionally, the strap itself looks a little thicker and the soles appear to be angled more similar to a cross training shoe (more athletic fitting, and less flat).

What’s interesting about the CrazyPower photos above and below are the tags you can slightly see on them. Are those just the shoe’s specs, or is this “updated” version releasing soon somewhere? Also, check out the pink shoes just above the red. 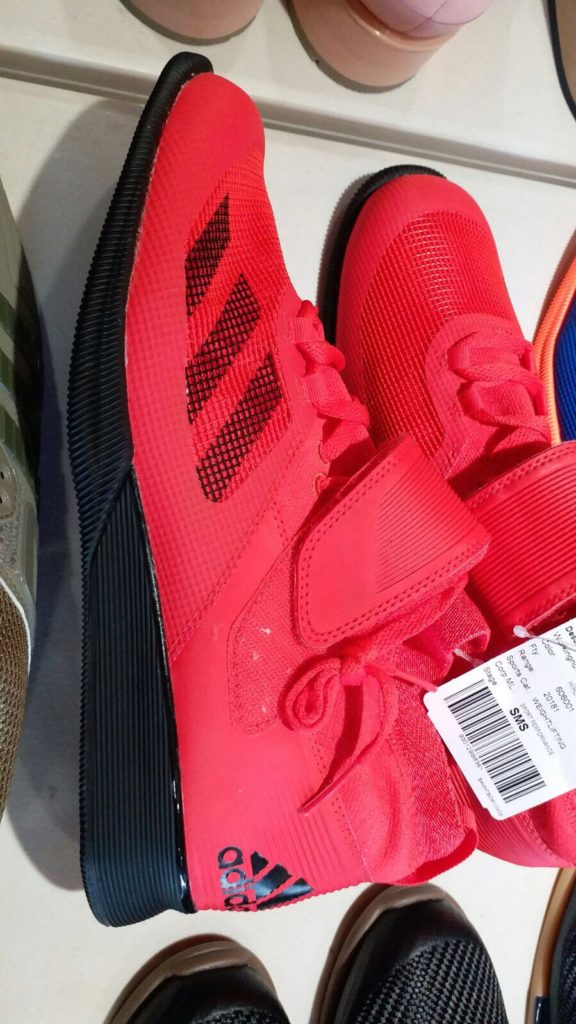 The final photo includes the Adidas Powerlift shoes, which don’t look very different than the current Adidas Powerlift 3s other than color schemes. But it’s difficult to tell from the angle of this photo.

The strap and upper shoe material look very similar to what the Powerlift 3s already have. But then again, this model is notorious for making small tweaks and pumping out multiple color schemes, so the chances of it being a new model are definitely not off the table. 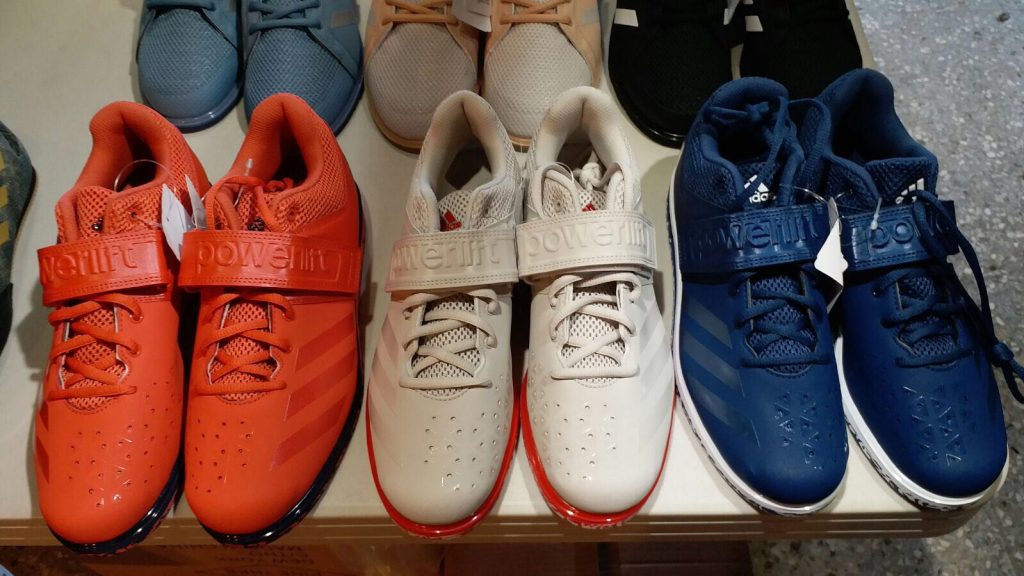 I’m curious about the two shoes on the upper left part of the photo with the light blue and tan coloring. What models could those be? The front toe box looks similar to the Leistung.

Hopefully we continue to see sneak peaks from Adidas’s new line and catalog as the year goes on. Whether they’re new color schemes or models, there’s still no word on release dates.