The Potential Consequences of a Goal Driven Mentality

It is commonly believed in the pursuit of athletic and non-athletic endeavors that one’s mentality must be goal oriented. In the quest for success, one seldom discusses such pursuits without attaching goals as a corollary. However, contrary to conventional wisdom, goals can be a detriment to success when taken out of context.

Goals give us the aim for which our efforts are directed. They establish and maintain clear guide posts to consider when faced with alternatives. From the broad decisions of daily life, social habits, eating routines, to specifics of training schedules, program design, and exercise selection; goals give us the standards to judge our choices. Further, the establishment of goals enhances our motivation and purpose to action by creating a standard in which our progress can be measured.

In the proper context, goals are extremely valuable and integral to success. However, the concept of a goal-directed mentality can, and commonly, is misapplied to the detriment of the individual. When we talk about a goal oriented mentality, the emphasis is on individuals who are primarily concerned with goals. What’s not specified is the kind of goals to be concerned with. Commonly people think of end-goals, such as making the Olympics, or the CrossFit Games, or simply hitting a new snatch record.

From the outset this may seem okay, but there are some concerns that can arise. When you think of end-goals, you are identifying a result, an effect, a consequence. In this context, the goal gives you the aim, not the means to achieve it. For this reason, it is not enough to establish goals in this context, but to discover the causes that make them possible to achieve. This is where the goal-directed mentality can be misapplied.

In order to succeed one must first define what is to be achieved, then discover the conditions necessary to be successful. If an individual desires a certain effect, they must define and enact the causes that make it possible. Because many people focus primarily on the end-goal’s (effect), they lose focus on the causal factors that make them possible to achieve.

In my experience as an athlete and coach, mentality toward the training process is paramount to success. It is the foundation that all future results are built upon. And yet, it is also the area most are limited in, and least want to address. Most people, whether through experience or observation, have been in situations where technique and strategy go out the window in the name of “progress”. Backs round, elbows bend, and bodies twist, all in the pursuit of our goals and ambitions. If you were to ask such a person what they are concerned with, they’d likely tell you, lifting a new record and getting better. 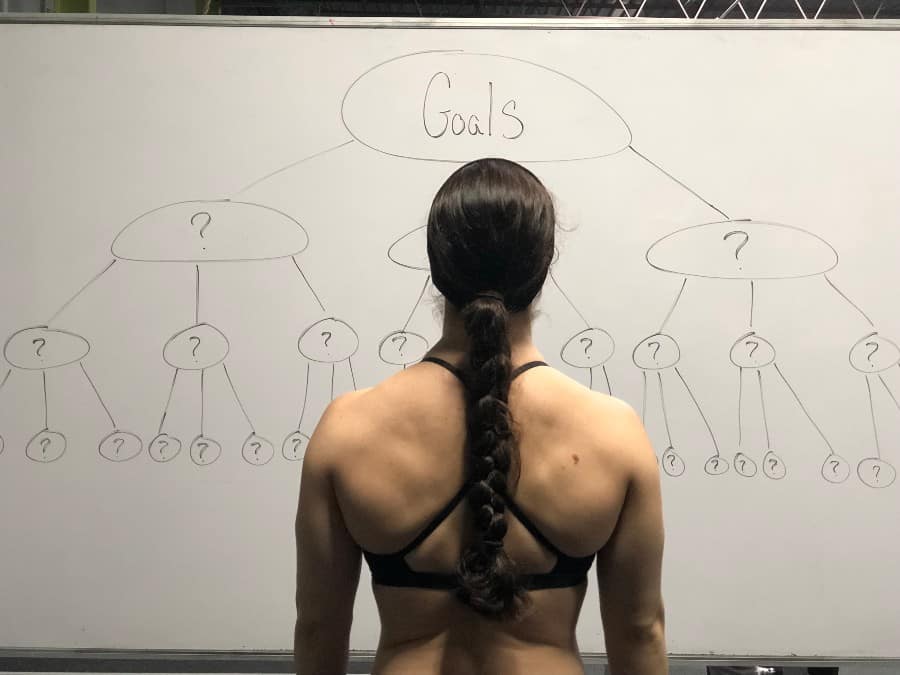 In such a case, you can clearly see the problem. In the person’s pursuit to achieve success, form was broken, safety was risked, and poor habits reinforced. Now, you could see how this person would perceive themselves as goal driven, as their objective is to achieve new records (goal). Unfortunately, this generally doesn’t lead to a productive path to success.

Most times, it leads to more failures; bringing stress, frustration, and an unhealthy relationship with the training process. Will there be times where such a person succeeds? Surely, however it will likely be at the expense of their long-term success. By concerning themselves with the end goal primary and almost completely, they lose sight of the causes that make it possible, and therefore do not take the rational steps to prepare themselves properly.

Having goals is an important part of the training process. If you want to be successful, you must first know where you are going. But for success to occur, we must identify and establish the proper steps that lead us there. Process-goals are the link that help us close that gap between the fantasy of an aspiration, and the actions it takes to achieve them.

Process-goals identify target objectives that establish causal factors in the attainment of our ultimate end goal. Put simply, they are the identified causes of success. For many people, they may believe they are working in this context to achieve their goals. But in fact, many people simply do not accurately define or diligently act on the process goals that are responsible for what they desire. Sometimes it’s a case of sheer ignorance of the subject, error of knowledge, or simply an unwillingness to endure the process.

For example, if a person’s goal is to lift as much weight as possible in the snatch, they must practice with technical proficiency. They must be sure to train rationally, resting when appropriate, and pushing when necessary. They must be economical with exercise selection and implementation. Their goal becomes enacting the causes and recognizing that such causes are not always associated with testing one’s physical capacity. In fact, it may even be the restraint from such a desire. In doing so, the individual prepares themselves to achieve the greatest result, which will ultimately lead to the realization of their end goal.

In the achievement of one’s goals, it’s important to understand the process. Goals give you direction; a beacon guiding your actions. But it isn’t as simple as reinforcing the intention, as many people do. It’s identifying what actions must be taken to achieve them. Too often it’s misapplied merely as the identification of an end point to be reached.

When you begin to take goals a step further, and recognize the importance process goals have on success, then you will actualize your potential for growth and enjoyment in the training process.