In the Revolutionary War, Americans proved they were of strong resolve and conviction… but did they even lift?

As you toast to our independence, remember these five exceptional Americans who proved to the world our citizens are not merely tough, they’re strong.

Bruce Wilhelm snatched 400lbs before any other American.

A fifth-place Olympic weightlifter at Montreal in 1976, Bruce Wilhelm was invited to the inaugural World’s Strongest Man the following year.

The first WSM featured a motley crew of American athletes with Italian bodybuilder Franco Columbu the lone exception. There were weightlifters, powerlifters, bodybuilders, a hammer thrower, and even NFL guard Bob Young, who proved to be incredibly strong.

At 6’3.5”, 326lbs Wilhelm was the biggest man at the 1977 World’s Strongest Man. He utilized his considerable size advantage and weightlifting background to great effect.

Perhaps most impressively, however, he rocketed his gargantuan body forward to win the Wheelbarrow Race, the Vehicle Pull, and the Fridge Carry. After which he exclaimed, “Bodybuilders aren’t in shape for this kind of stuff – you’ve got to be strong.”

Back in 1977, no men were training for strongman. Strongman didn’t exist. (The Highland Games existed, but nothing quite like the World’s Strongest Man.) In 1978, however, competitors had a clue as to what they could expect. They trained specifically for the events, and more non-Americans joined the fray.

Bruce Wilhelm beat them, too.

Don Reinhoudt is the only Superheavyweight Powerlifter to win the IPF World Championships four times in a row (1973-1976). Though he retired from powerlifting after his fourth consecutive win, his raw total of 2391lbs held up until the year 2013.

Also about 6’3.5”, Reinhoudt weighed more than 360lbs as a powerlifter and retrained to strongman for health reasons, dropping over 100lbs of bodyweight in one year.

With his leaned-out frame, Reinhoudt finished second to Wilhelm in 1978 and came back hungry for victory. Then, he staved off proven contender Lars Hedlund and the now-legendary Bill Kazmaier (in his rookie year).

Don Roundhoudt’s Wikipedia page is a treasure trove of unbelievable numbers. If you add up his best lifts (outside of competition), you sum an otherworldly 2556lbs. Sadly, this strength demi-god tore his biceps and hamstring at the 1980 WSM, ending his career, and making way for the birth of another American legend.

Bill Kazmaier is the only American on the short list of the World’s Strongest Man Hall of Fame.

In 1980, five nations were represented at WSM – the most ever for the competition up to that point. But it didn’t matter who turned up.

Kazmaier won a laundry list of events: the Bar Bend, the Girl Lift (a smith-machine squat with 1980s flair), the Deadlift, the Tug-of-War, the Engine Race (a modified Wheelbarrow Race), and even tied in the Log Lift.

The man affectionately known as Kaz’ went on to etch the first three-peat in World’s Strongest Man history, an accomplishment that wouldn’t be matched until Magnus Ver Magnusson earned his second, third, and fourth titles between 1994 and ’96.

Astonishingly, Bill Kazmaier was not invited to participate in the World’s Strongest Man contests following 1982. Believe it or not, the producers of the show thought it would be boring to see the same man win too many years in a row.

And yet, if you ask the humble 1983 & ’85 winner Geoff Capes, he’ll tell you, “…on a pound-for-pound level, at that time, [Bill Kazmaier] was probably the strongest man in the world.”

Americans won the first six WSM contests, but when the popularity of strongman surged on the world stage, they fell into a dry spell.

Scandinavians had won eight years in a row before Polish powerhouse Mariusz Pudzianowski began his reign in 2002. Despite an off year in 2004 (where he was disqualified for banned substances after finishing in third), Pudzianowski seemed unbeatable. But all men are mortal.

Phil Pfister had never seen the podium before beating one of the greatest strongmen of all time, and he did it with fanfare.

In a very difficult Overhead Lift event, no one, including Mariusz Pudzianowski, could lift more than two-out-of-four stones. Mariusz thrust his two up in the fastest time, and was holding onto first place when Pfister stepped up to perform.

Pfister not only lifted the third stone, clinching first place… he went ahead and lifted the fourth stone in a show of psychological warfare to his rival.

Later, Pfister would close the contest in a razor close finish at the Atlas Stones.

“I did it my way, and no one can stop you if you want to do it your way.” – Phil Pfister

As it turns out, size matters. Phil Pfister was a fast-moving giant, at 6’6”, 370lbs. Brian Shaw, however, may need another descriptor.

At 6’8”, ~435lbs, Brian Shaw is a super-giant. Like his predecessor Pfister, he manages to move that mass with incredible speed, performing as a true all-rounder.

Second only to his chief rival Zydrunas Savickas in Top-3 placements, he’s seen the podium more than any other American: eight times. And while Savickas may have two more showings in the Top-3, it is a good deal in part because he has spent a decade longer in the sport.

Only nine strongmen have won the competition more than once. With four wins, he stands beside Savickas, and Iceland’s greatest lifters, Jon Pall Sigmarsson and Magnus Ver Magnusson. But Shaw is primed to tie Mariusz Pudzianowski’s record of five titles.

Shaw may not have won in 2017, but he continues to break and set records on an annual basis. So long as he is active, America is viable for strongman gold. 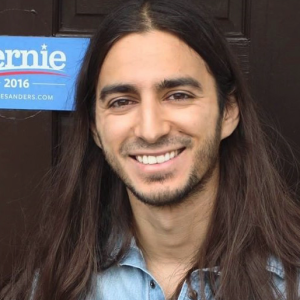 The Untold History of the First Mr. Olympia Contest

The Historical Significance of Phil Heath and the 2020 Mr. Olympia