In a statement released on Monday, May 2nd, the U.S. Anti-Doping Agency (USADA) announced weightlifter Daniel Lehr has accepted a four-year competition sanction for a positive doping text. From USADA:

Lehr, 31, tested positive for the prohibited substances 1-androstenedione and its metabolite 5α-androst-1-ene-3α-ol-17-one, and ostarine and its metabolite o-desphenylostarine, as a result of an in-competition urine sample he provided on August 15, 2015, at the USA Weightlifting National Championships in Dallas, Texas. 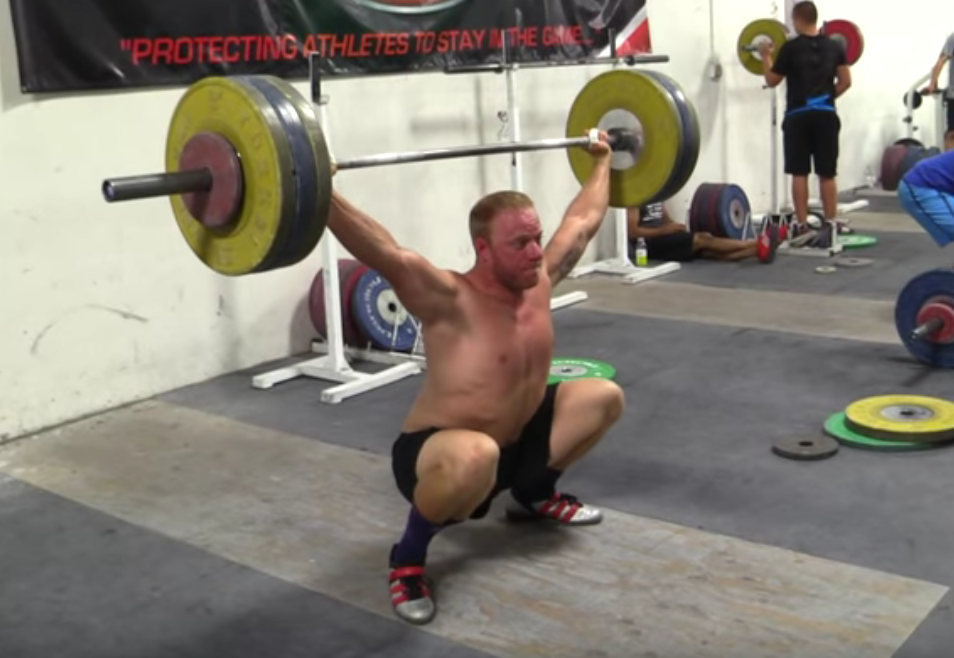 Danny Lehr, from a California Strength video posted in 2014

Lehr’s sanction period starts from the date of the positive test and runs for nearly four years; the sanction was reduced by three months (from the original four years) due to Lehr’s timely cooperation with USADA.

On May 4, after announcement of his sanction was posted on Reddit, Lehr responded with a lengthy description of events he claims led him to unknowingly ingest the aforementioned substances before the competition. Excerpts of his response below; his full description can be found at the above link:

Just prior to warming up on competition day I asked a fellow competitor if they had any creatine I could use, as I was in the habit of taking creatine and BCAA’s before training. They obliged, and gave me a yellow pill that I believed to be CON-CRET creatine (encapsulated creatine pills). I asked a second time; “this is creatine?” The athlete said “yeah.” […]

I am guilty of taking a product without knowing exactly what it was. That was an irresponsible decision that will forever tarnish my reputation. I will serve my sanction, as the product was in my body. I apologize to to everyone I have let down; my family, my teammates, my business partners, my fellow athletes, and the athletes I coach who look up to me.

We don’t have information above and beyond what’s been made available through USADA, and we have no reason to believe or disbelieve his statements made on Reddit. Whatever the reality of circumstances leading to Lehr’s positive result, and whether or not the positive test came from a supplement he claims he borrowed, an important reminder to all competitive athletes:

Know what’s in your supplements before taking them, and don’t assume something’s clean because it may be implied by the name or even product description. When in doubt, lean toward caution instead of a new or readily-available supplement. And maybe don’t borrow one, even from a fellow competitor. (Again, we have no other information suggesting Lehr did or did not borrow a supplement that led to his positive test.)