Picking up where she left off in 2016, Hayley Reichardt has won the first medals for Team USA at the 2017 Junior Pan American Championships in Guayaquil, Ecuador. Reichardt, who represents the Garage Strength Weightlifting team, finishes her competition with a clean sweep of three silver medals after successfully lifted 72KG in the snatch and 90KG in the clean & jerk for a 162KG total in the 48KG category. Facing a do or die situation after two unsuccessful attempts in the clean & jerk, Reichardt was successful on her final attempt to stay in the competition and win a spot on the podium.

Video of Reichardt’s performance is embedded below: 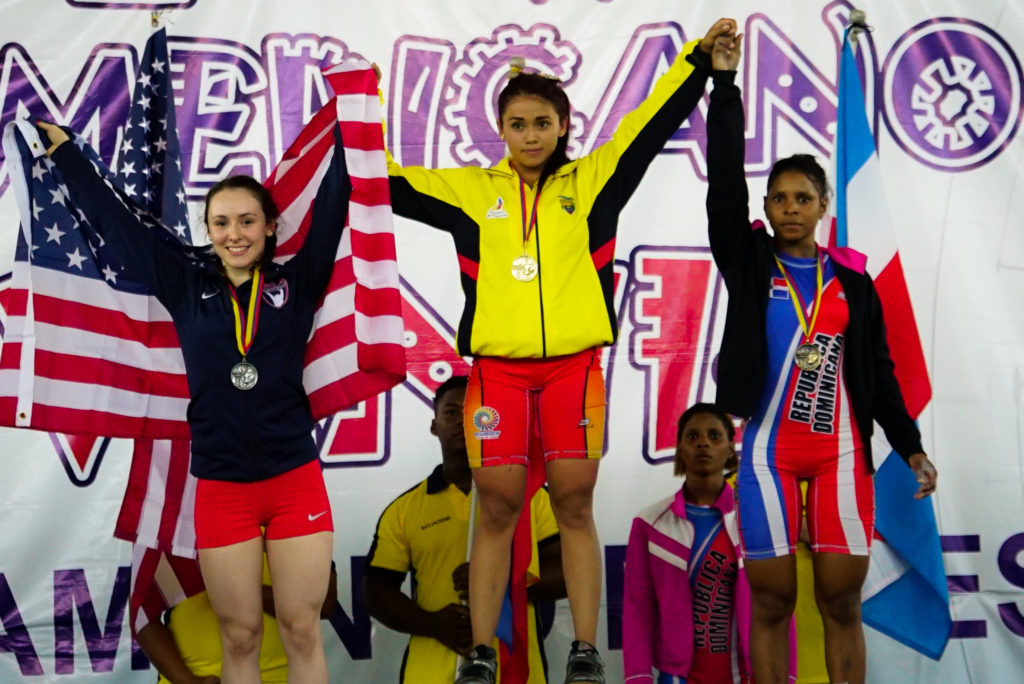 Reichardt, left, on the podium; image courtesy of Steve Galvan