Which Men Will Represent USA Weightlifting at the Rio Olympics?

The final start list has been published, and American Weightlifting is one month away from the men’s trial session at the 2016 Senior National Championships. Unlike the woman’s team, the men do not have any Olympic Spots earned yet for the Summer Olympic Games. 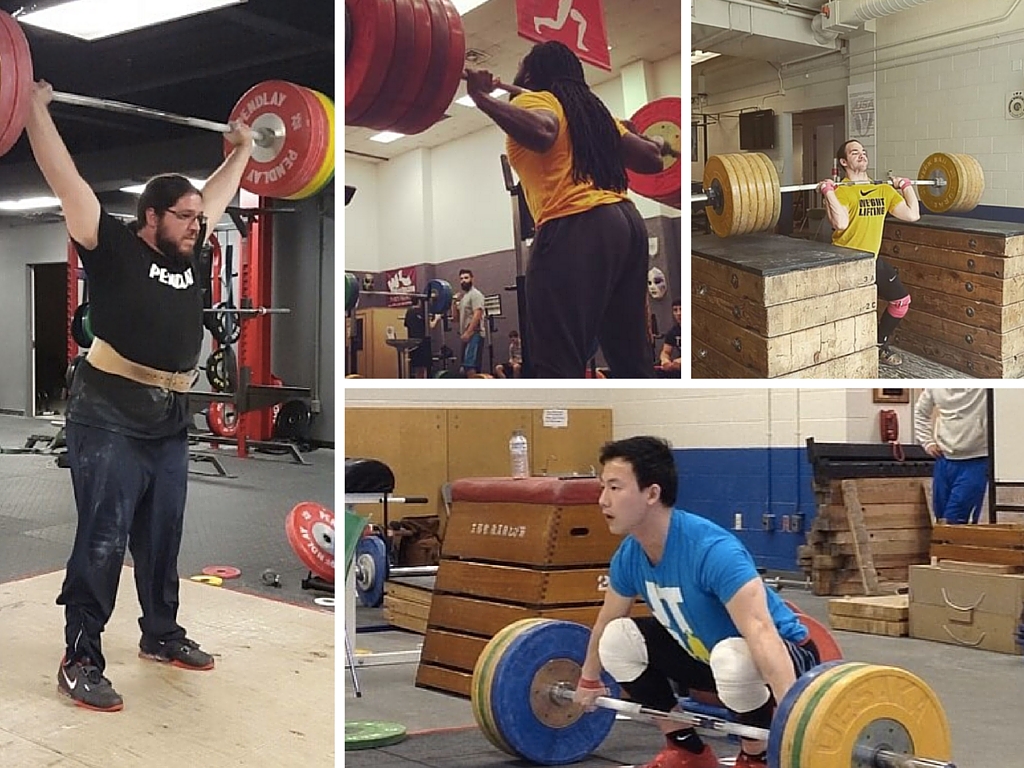 Therefore, this trials event will determine the team that will represent Team USA in Colombia at the 2016 Pan American Championships in June. The primary goal of this team will be to earn a top 7 place finish, which will earn one Olympic Spot for Team USA in the men’s competition for this summer’s Olympic Games in Rio. Assuming this occurs, the top place finisher will become the lone male Olympian to represent the US in Olympic Weightlifting.

How did we get here?

Based on finishing 27th place as a team in points scored between the 2014 & 2015 World Championships, America did not earn any Olympic spots for men in the Olympic Games. An outside chance still exists we may earn 1 or more spots based on additional positive drug test results, however that seems unlikely. The most realistic opportunity for the men is to earn 1 Olympic Spot at the 2016 Pan American Championships this June in Colombia.

What is happening in Utah?

May 6-8 will be the 2016 USA Weightlifting National Championships, concluding Sunday afternoon with the Men’s Pan American Championships Team Trials. The trials will consist of the top 15 men who have posted qualifying totals that give them the highest likelihood to earning a spot on the team.

The men who do not compete in this session are capable of using their total from the National Championships to earn a spot on the Pan American team, however that is unlikely to happen. Vice versa, men in the Olympic Trials session can earn medals at the National Championships. This format is designed to give a competitive advantage to the top 15 men so they have a better idea what they will need to total to earn their spots on the team. The format also gives NBC, an official Olympic Sponsor, enough coverage to produce a television program that can air at a later date and time

Currently, no American male athletes are going to the Olympic Games. But that could change depending on the USA’s performance at the Pan Am Games.

What are the totals needed?

Making the Pan American Championships team will not be easy, however if all things remain the same, here are the totals needed by weight class to make the team or jump over a competitor in your weight class.

For lightweights in the 56KG and 62KG weight classes, new American Records will need to be set in order to make the Pan American Championships Team.

Who are the contenders?

At 69KG, Alex Lee is the top ranked athlete in the country; however 15 year old phenomenon CJ Cummings has totaled 306KG at the 2015 Senior National Championships. His potential to make the team is very high, and if we are lucky we may see him set a new Youth World Record with a 174KG or greater Clean & Jerk at the Championships themselves.

At 105KGS, the magic number to make the team is 367. In the last month, D’Angelo Osorio totaled lifetime Personal Records in the Clean and Jerk (210KG) and total (375KG). Being one of the heavier athletes, he has the strategic advantage of being one of the last athletes to lift, which means he will know how much he will need to lift to make the team. This holds true for Donovan Ford, Wesley Kitts, and Spencer Moorman as well, all of whom have totaled 367KGs or more in the past year.

Also do not forget American Record Holder Ian Wilson and David Garcia in the National Championships session; that makes 6 men who are more than capable of earning spots onto this team, and knocking off 2 other athletes in the process.

In 2012, Norik Vardanian became an Olympian while competing for the country of Armenia. He made his return to American competition in 2014, where twice he set a new American Record in the snatch at the 2014 Senior National Championships. At the trials, he will be looking to continue the success he has had in the past year. In July, he won a silver medal at the Pan American Games and in December he set new American Records in the Snatch and Total while competing at the IWF Grand Prix in Grozny, Russia. His 373KG total from that event is almost 10 KGs greater than the minimum he would need to knock Colin Burns off the team.

Two-time Olympian (2008 & 2012) Kendrick Farris is also on the start list at 94KG. He also has had a successful 2015 where he won the Pan American Games and placed 16th at the 2015 World Championships. His 268 total from the World Championships ranks him 2nd currently on the team, but he has work to do still if he plans to compete in his 3rd straight Olympic Games.

One More to Watch

Early in 2015, Leo Hernandez obtained his American citizenship and became eligible to compete on the national team. He currently owns the last spot on the team with his 327KG total from the World Championships. He has spent the last several months training at the Olympic Training Center in Colorado Springs, CO. I hope trading the sun and fun of South Beach, FL for the frigid tundra of Colorado helps him to secure his spot on the team.

Change: Cameron Swart of Team Houston was added to the trials after the initial start list was published. The change has been reflected in this article after publication.