“If there’s ever a Mad Max apocalypse, I’m coming straight to the gym and I’m stealing your car. You’re the only real person who leaves his keys in the ignition and I know for a fact you’ll still be here.”

“Bro, end of the world and you’d steal my car?”

“Easy for you, Bland, I’ve seen you doing CrossFit on the sly.”

“You reckon I could?” 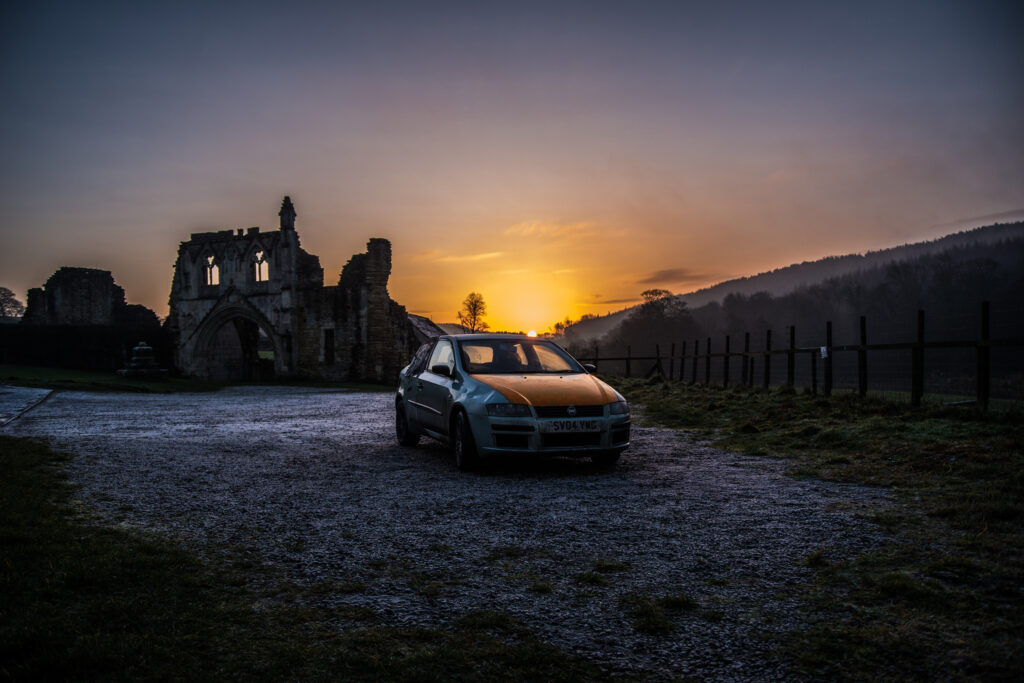 And that was all it took. It used to be that I could only be goaded that easily after a few beers, but now it doesn’t even take that. Ten minutes later, I’d shook hands with Ricky T and made the bet that in 24 hours I could run a 100 miles. No running specific training, just the CrossFit and Strongman I’d been doing, and five days to prepare.

Apart from that the rules are incredibly simple: start at 7pm on Tuesday and finish at 7pm Wednesday. Stop as much as I like, but rest too long and the chance of me finishing the century before the clock runs out becomes very slim.

So if I’ve not been running what training have I been doing? Well, recently a lot of classes at CrossFit Kroy. It’s not that I’m a card carrying member of the functional fitness brigade or anything; I’m far from it. As a matter of fact only a couple of months ago I scoffed at anyone who had the audacity to take up gym space with thrusters and burpees for time. 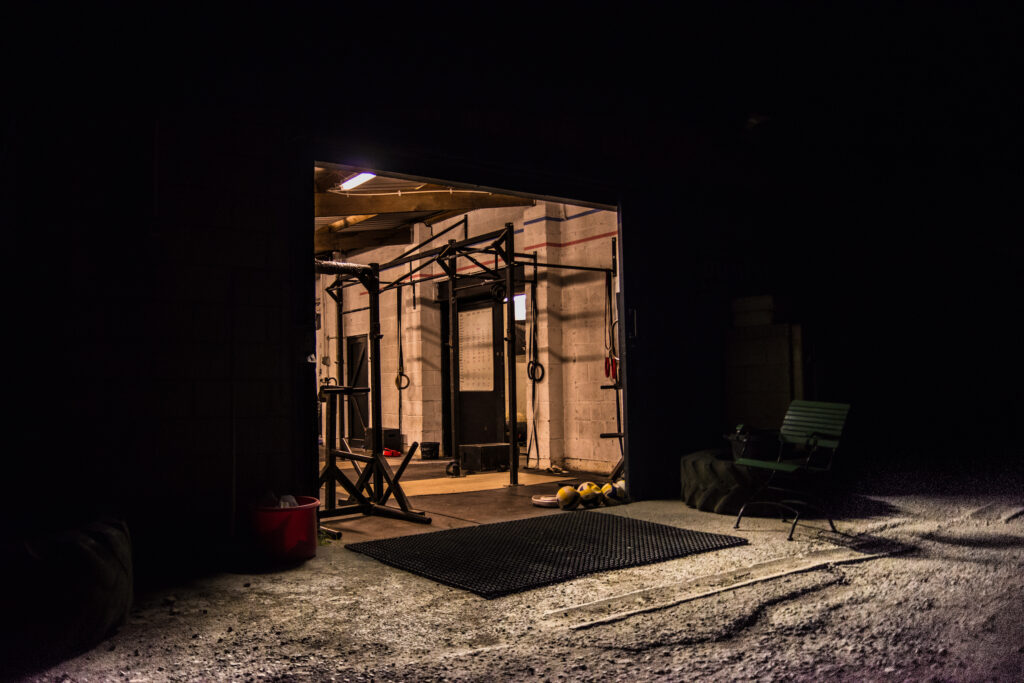 Then it all changed. While competing at a strongman competition my training partner (the aforementioned Ricky T) ripped his bicep off the bone flipping a tire. With strongman off the cards for at least a year, he switched sides and signed up for a Functional Fitness competition, looking for something to fill that training void and give the sessions purpose.

Rather than leave him to suffer alone, I started working the movements too, occasionally at first, then more and more, now there’s rarely a day goes by I don’t get at least one WOD in and more often than not its two.

What’s more, I’m enjoying it. The varied nature of sessions has highlighted some major weaknesses, allowing me to work on and subsequently fix them. Resulting in my body no longer hurting when I get out of a car, my body fat is down and my conditioning has skyrocketed, all the while my strength hasn’t slipped an inch.

No one’s questioning that CrossFit® methodology works, but the real question is for all it’s obvious benefits: Does it really do what it promises and prepare you for the unknown and the unknowable?

And there is nothing more unknown to me than running 100 miles with no real training. It’s not that I’m a stranger to long distance running, and at 19 I would have jumped on this challenge, but a lot has changed in those seven years since. Back then I was a fully fledged running fanatic, preaching to anyone who would listen and running everywhere and everyday with a zeal, even going as far as to compete in a 42 mile ultra-marathon. It wasn’t to last though, thankfully I soon saw the light, it was deadlift shaped. Since entering my first strongman competition I can count the number of times I’ve run more than five miles on both hands with fingers to spare. I’ve also gained roughly 20 kilos of bodyweight, thanks to all those squats and presses.

To get into the Royal Marines, you first have to go through hell. The selection process is weeks and weeks of being purposefully tortured by sadistic officers, so they can slowly weed out the weak. I’ve been fascinated by this ordeal ever since I got the opportunity to train a group of hopefuls for it; now whenever one of my friends comes back from selection, I have the same question waiting for them: How did you get through it? The answer is invariably the same: Food. Their advice is to focus on the food, just get to the next meal, no matter what just get to the next meal, and then eat as much as you can.

It only seems right then that I base my own hellish endeavor around that same philosophy. Keeping things as simple as possible I’ve opted to run the same 4.2 mile route twenty four times, on the hour every hour (mimicking my box’s love of EMOMs). After each successful lap I’ll reward myself with a small meal, and straying from my normally clean diet, these meals will be filth.

They’ll be made up of the most high calorie and easily digestible food I can get my greedy hands on, namely cookies, flapjack, and white bread. This isn’t just to fuel my insatiable love of cookies but also to keep my body adequately fueled and prevent as much muscle wastage as possible. Each lap is going to cost me roughly 440 calories, over the 24 hours that’s more than 10,000 in total, on top of what I need day to day just to maintain my bodyweight.

The other big nutritional concern I have is avoiding cramping and the other nasty side effects you get from profusely sweating for hours on end. From what I’ve managed to glean from the running books I’ve read remedy is reassuringly old school, cheese sandwiches doused in salt and mustard.

Running laps might take away a little from the essence of the original challenge, but logistically it makes the whole thing manageable. Also it seems I’d greatly overestimated the distance from my gym to the middle of the moors, with the true distance being an awful lot closer to fifty miles than a hundred. (I wish I’d known that at the time of making the bet.)

All there is left to do now is run it. Wish me luck.

I’ll be full write up on here in a few days, in the meantime I’ll be updating my Instagram as I go.