Robert Caslin may not have come out on top at the 2017 Reebok CrossFit Games, but he’s definitely left a lasting impact. CrossFit HQ recently released a story on Caslin, a Masters 60+ athlete, who saved the life of a fellow competitor during the Run, Swim, Run event on Thursday, August 3rd.

It’s a great article, and we highly recommend taking a second to read the whole thing.

Here’s the recap: Will Powell, 57, was about 20 meters behind Caslin when he found himself struggling to stay afloat and yelling for help. Caslin told CrossFit HQ that he heard, “Help! Help! I’m Drowning!” coming from behind him in the middle of the swimming portion of the event. 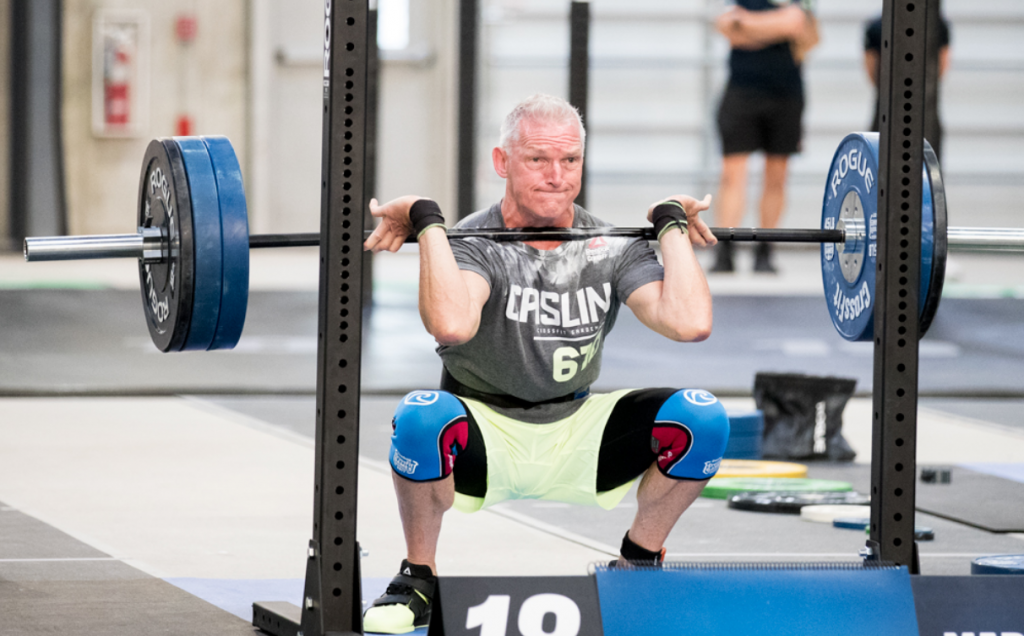 Caslin had to make a decision. With roughly 120 meters to go in the swim, Powell, a four-times Games athlete, found himself in trouble, gasping for air with panic beginning to set in. Luckily, Caslin, a two-time Games athlete and Powell’s friend, wasn’t too far off and made the gut decision to go back for his friend.

Foreshadowing this event, when the Run, Swim, Run event was first announced, Powell and Caslin both had a concern for Powell’s ability to fair in long distance swim. Powell told CrossFit HQ he’s not the strongest swimmer, and also said he hosts a 12-cm tumor growing in the outside lining of the lower lobe of his right lung. Powell told CrossFit HQ,

“Basically I have a lung and a half.”

During the saving, Caslin was also helped by rookie CrossFit Games Masters (55-59) athlete Gus VanDerVoort. Both of them helped Powell stay afloat and waited for the assisting kayak to arrive.

Powell reportedly told Caslin to continue on and that he’d be fine, but Caslin wasn’t leaving his friend until he knew he was safe. Caslin told Powell, “Not finishing this is not gonna ruin my race; what’s gonna ruin it is if you die. I’m not going anywhere until we make sure you’re safe.”

As the kayak finally arrived, they gave Caslin the option to return to his previous point, but he declined to take a ride in with Powell and finish out the race with his friend. Caslin told CrossFit HQ:

Caslin ended up coming in 14th over the weekend for the Masters 60+ division, while Powell finished in 13th. in the 55-59 age group.