In an October 27th announcement, the International Olympic Committee (IOC) announced official sanctions for eight athletes implicated in doping retests following the 2012 London Olympics. Six of the named athletes are weightlifters, and four are weightlifting medalists. They are: 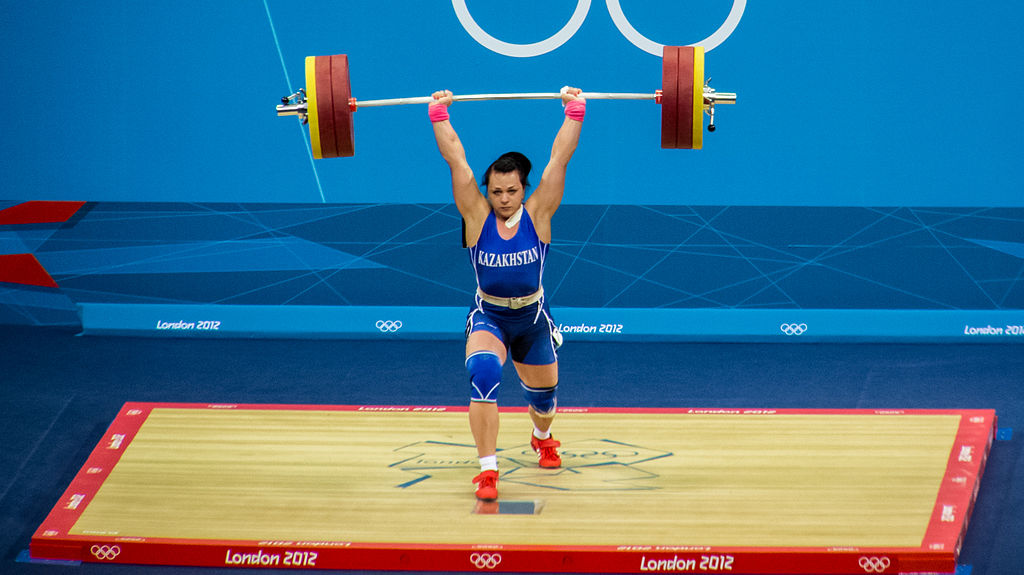 Svetlana Podobedova at the 2012 London Olympics. Image by Simon Q, licensed under CC By 2.0

The six athletes above will have their names removed from the London Olympics official results, and prizes including medals have been ordered to be returned.

An excerpt from the sanction concerning Kazakhstan’s Chinshanlo is embedded below for reference:

is disqualified from the event in which she participated upon the occasion of the Olympic Games London 2012, namely the women’s 53kg weightlifting event, in which she ranked 1st and for which she was awarded the gold medal,

has the medal, the medallist pin and the diploma obtained in the women’s 53kg weightlifting event withdrawn and is ordered to return the same.

Though other athletes from London have been implicated in doping retests, several have yet to receive official IOC sanctions. A full list of athletes (thus far) to test positive in retests from the Beijing and London Olympic Games can be found here.