Alan Thrall Teaches Us How to Overhead Press Efficiently

Alan Thrall, aka Untamed Strength on YouTube, does a phenomenal job at putting out informational content for the strength community. Thrall is a powerlifter and a strength coach who regularly creates straight forward educational content with a side of humor. If you’re trying to learn the form of an exercise, then there’s a good chance Thrall has made a video about it.

His latest video focuses on breaking down the barbell overhead press, which is a movement that can be increasingly troublesome for the new gym-goer, let alone if they don’t have a coach present.

To save anyone from a strained lower back, or stalled overhead progress, we wanted to break down Thrall’s video.

[Need motivation? Check out the 7 Undeniable Benefits of the Overhead Press!]

Thrall recommends beginning the press by gripping the barbell just outside shoulder width. After doing so, Thrall advises placing the heel of the hand on the barbell, while the pointer fingers point towards each other. This creates favorable arm leverages by placing the barbell across the radial longitudinal crease and directly under the bar. 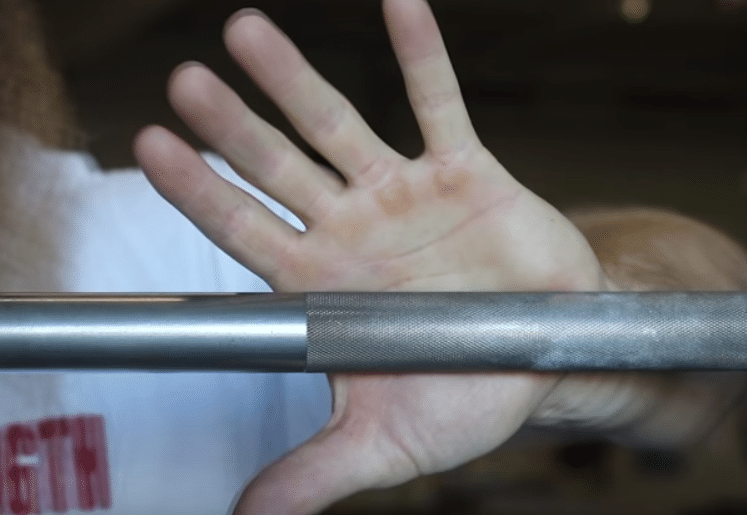 For the setup, Thrall states to first step under the barbell and squat it out of the rack/stand. He then states to step back and place the feet shoulder width apart, or slightly wider with the toes facing out. The chest should be raised to the ceiling, and the elbows in front of the bar. Another useful cue Thrall points out is bring the elbows in towards each other, as opposed to being out. 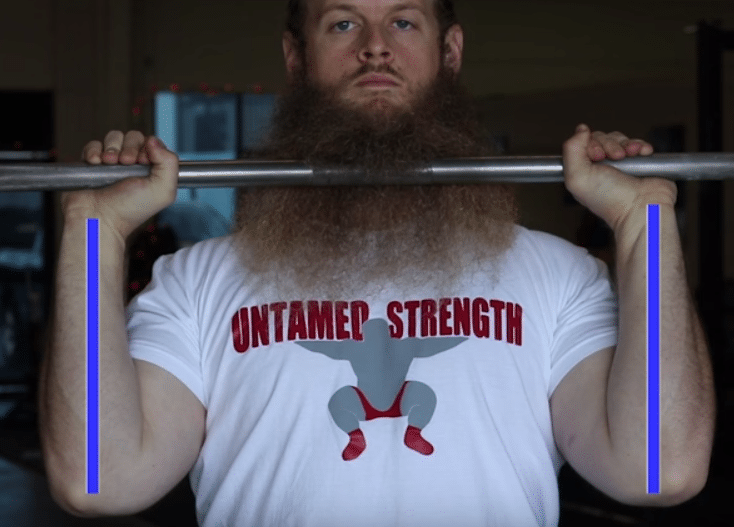 Thrall recommends thinking, “Tight armpits,” similar to as if you had to block karate chops to that area of the body. The barbell should lie between the clavicles and the chin, but doesn’t need to be fully resting on the clavicle (this position can vary).

With the head facing forward, Thrall states that you’re ready to press, and the correct pressing motion should have the barbell directly over the shoulder joint, along with being inline with the back of the neck. 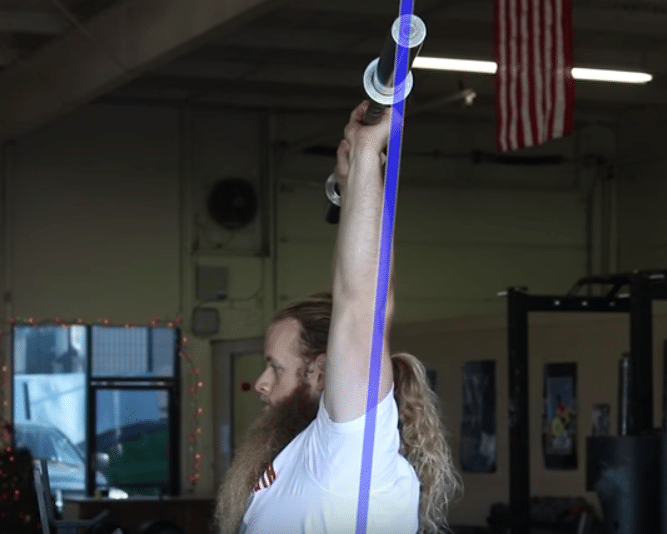 Upon locking out at the top, Thrall recommends to shrug the shoulders up to support and stabilize the weight. When bringing the weight down, it’s important to return to the exact position you started in to avoid wasting energy resetting.

Thrall points out that you can press without the hips, but to optimize your press, then it’s a good idea to involve the hips in the exercise. For use of the hips Thrall recommends flexing the quads, glutes, and abs to create a rebound-esque motion when extending the hips prior to the press. This hip extension creates a clearing of the head prior to the press. 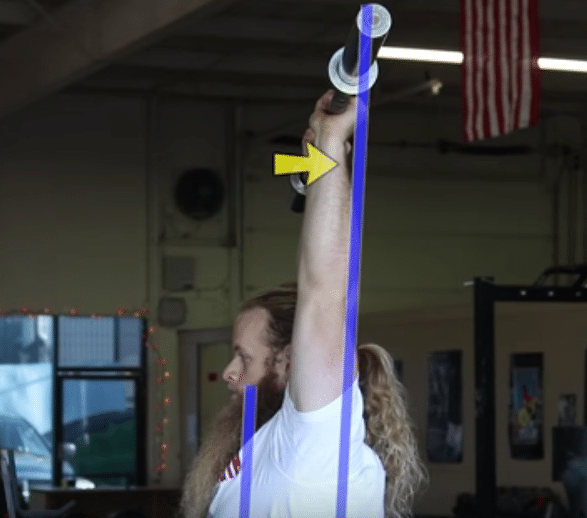 He advises trying out the motion multiple times before implementing it into the full movement. Also, a mental cue Thrall recommend is, “Hips, press. Hips, press.”

To wrap up the video, Thrall points out a few common errors that can come along with the barbell overhead press. These errors are most often seen in new lifters trying to find their correct positioning, and working on the timing of the movement. We recommend watching the full video if you’re in question of perfecting your overhead press form.