Is This the Heaviest Set of Jerks Ever Completed?

Earlier this week, for instance, Chris Bridgeford deadlifted a weight that was five pounds shy of the IPF world record… but he did it five times. Last month Jenn Rotsinger deadlifted triple bodyweight, which wouldn’t win her many world records… but she did it twenty-three times. Sometimes, a world record for reps seems in order.

Which brings us to the Belarusian weightlifter Andrei Aramnau. Now, Aramanu, who retired in 2016, is plenty strong in one-rep maxes. At the 2008 Beijing Olympics, the -105kg athlete clean & jerked 236 kilograms (520.3 pounds) and snatched 200kg (441lb), which gave him new snatch and total world records at the time.

But in 2013, Aramnau may have completed the heaviest set of jerks (with a rerack) ever.

It’s tough to know for sure, not just because two-rep sets aren’t recorded in the record books but also because the jerk isn’t a competition lift without a clean.

We’ve gotta say, we think it’s worth watching the thirty seconds before he starts the set so that the full gravity of the situation (and the barbell) can sink in. Aramnau is clearly — and justifiably — taking his time to steel his nerves and motivate himself for the Herculean task ahead. 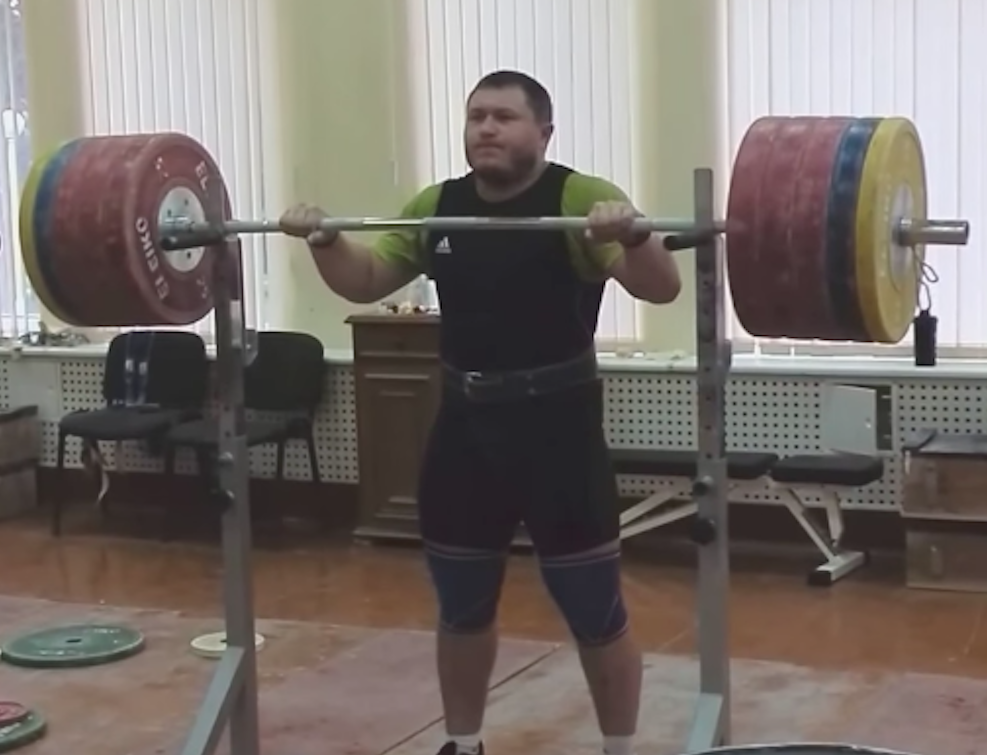 [Did you know Andrei Aramnau had to cut off one of his fingers to compete in weightlifting? It’s true! Here’s why.]

Despite saying he retired in 2016, Aramnau recently said that he’s been training again and hopes to return to the sport at the 2019 European Games. If weightlifting does get named as an event at the Games (it hasn’t yet), we’ll definitely be watching.