This past weekend at the Junior European Championships in Eilat, Israel, Italy’s Antonio Urso declared his candidacy for the International Weightlifting Federation (IWF)’s presidency in elections to be held in May of next year. Urso, the current president of the European Weightlifting Federation (EWF), is the first challenger for the position currently held by Dr. Tamas Ajan of Hungary.

In comments made while addressing 33 member nations at the EWF congress, Urso blamed this past year’s doping accusations and violations for leaving the sport of Olympic Weightlifting in a bad light. 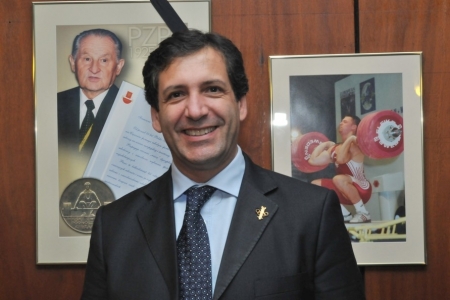 According to quotes from Inside the Games:

“2016 has been the worst year ever for our sport, but I am not surprised. In 2008, 2009 and 2010, I wrote three editorials in the European Federation magazine and underlined that some of the results were not human results, that some women were becoming a man, that doping was beyond control. If we lose our place in the Olympic Games, weightlifting will be nothing.”

Urso also laid out points of proposed changes for the sport he plans to back, if elected:

In addition to his dissatisfaction over current IWF drug testing methodologies, Urso has been critical of Ajan and the IWF’s financial management. In 2013, Urso was one of the auditors who found several million dollars of Olympic revenues were unaccounted for by the IWF. In 2013, the International Olympic Committee (IOC), with support from the Court of Arbitration for Sport (CAS), declined to act on the allegations. 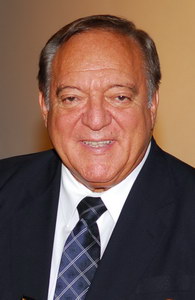 Dr. Ajan has been in a leadership position with the IWF since 1976. First his title was Secretary General, and he’s held the title of President since 2000. In 2017, he will be running in his 4th campaign for the presidency of the IWF. In 2013, Urso also campaigned for the office of president, where he lost to Dr. Ajan.

Antonio Urso becomes the 2nd candidate we currently know of to declare a nomination for IWF executive office. On October 14th of this year, USA Weightlifting (USAW) declared the nomination of Ursula Panandrea as an executive board member candidate. At the IWF Congress, held prior to the IWF Youth World Championships in October 2016, the IWF Constitution and By-Laws were amended and approved by both the Executive Board and Congress. The new Constitution will provide a minimum of two positions solely for Women in the leadership of the IWF, one being a Vice President and the other an Executive Board member position.

10 Adaptive Strength Sports Athletes You Should Know in 2021

Training at 90 — The Immortal Strength of Powerlifter Joe Stockinger