The Different Exercises Used With an Axle Bar and Their Benefits

If you’re looking for something to change up your training with, then the axle is a simple yet effective way to switch it up. Although not commonly used in traditional strength training, the axle is a staple in the strongman community. It can be used in pressing, pulling, and grip events which are largely utilized within all strongman competitions.

Below we’ll cover a few of the commonly (and some not so commonly) used exercises with the axle, and how they can benefit multiple types of strength athletes.

One of the movements that could be useful with an axle is the clean and press. For the axle clean and press, the axle will typically be taken from the floor with a standard clean, or the athlete will perform what is known as the continental clean. Both clean variations will get the job done, but for everyone other than strongman competitors, I typically have them do standard power cleans. By doing these, the absolute load that an athlete will use on the axle will be dictated by one’s grip strength.

Due to the fixed nature of the bar, an axle also forces an athlete to fight to maintain position and resist the bar’s natural rotation as they clean it. For most people, the axle clean will be performed with less weight than a clean with your standard barbell. Once in the rack position, the athlete has the option of how they want to transfer it overhead. They are able to press, push press, or jerk the weight. This motion differs slightly from the standard barbell, as the axle will not flex and provide oscillation like a standard barbell. When timed correctly and performed properly the axle press can increase the efficiency of the a standard barbell press.

Another difference with axle oriented training is that they’re typically fixed and the collars don’t rotate. This means that unlike a standard bar that will allow the weights to spin freely on the collar while the bar itself doesn’t rotate, an axle will want to rotate whichever way the weight is rolling.

This will typically require an athlete to adapt to this new position, as it puts pressure on the wrist and elbow during the clean with the transition to the rack position. Once racked, the thickness of the bar typically sits in a fairly comfortable position on the anterior and the pressure is spread out due to the greater surface area of the bar.

When performing different pulling movements, the axle will often be another alternative compared to the standard barbell. On axle deadlifts, the movement can be performed from different heights for 1-RM’s or reps. Due to the diameter of the bar, the weight will be shifted slightly out in from of an athlete compared to a standard barbell. As stated in the press portion, due to the thickness and fixed position the pull becomes more difficult.

Athletes who typically roll the bar into them to start the pull will have to adapt to the fact that the bar will rotate with the same movement as the plates. Since it is solid, there will also be no flex to the bar. This means athletes who rely on the slack and bend of a standard barbell where the weights each leave the ground at different times will have a slightly tougher time adapting because the deadlift is being pulled with no slack. A benefit of training pulls with the axle is it can increase starting strength from the floor.

One of the lesser commonly contested events for the axle would be the grip challenges that utilize the axle alone. They may not be featured at many strongman contests, but they are still used and there are even used in competitions focusing on solely grip strength. When training/competing for grip strength and the axle is used, then you will typically go down a few possible avenues.

You will sometimes see the double overhand max deadlift (no straps). The weights typically pulled during this are often much less than standard deadlifts, as the grip becomes the major limiting factor. This is due to the bar and weight naturally rotating to a neutral stature putting major strain on grip strength.

[Learn the ins and outs of the double overhand axle deadlift with our guide!]

The second less commonly used event would be holds for time. This is fairly self-explanatory, but an athlete will lift a selected weight for time, and the winner is determined by whomever holds the axle the longest. Training for this will greatly improve grip endurance. This is key for strongman competitors as many events like the frame carry, farmers walk, and crucifix hold all need to have a level on endurance grip strength.

The last commonly used event would be the double overhand deadlift for reps with no straps. As mentioned above, this contest is often used the least often in modern day strongman contests. And again, the grip is the limiting factor and eventually the ability to hold onto the bar will decrease.

Why an Axle Can Be Beneficial

Training with the axle can greatly increase an athlete’s pulling strength, along with providing the body with a new nervous system stimulus. The axle also helps athletes build strong grips, which is a limiting factor in all strength training. So, if you have a weak handshake, lifting the axle can help with that. It will also help provide hypertrophy to the forearm musculature, and everyone wants those Popeye forearms.

Just trying to get better at stuff. Tonight I worked up to a 440 reverse band axle press, and an 810 yoke for 50 feet in 9 seconds. I definitely feel good about how everything is progressing right now. The bands on the press virtually disappeared right at my sticking point, which is perfect, and the yoke felt slower than it should, but considering that concrete is a faster surface than turf, I feel good about it. I also did truck pull and stones tonight, but I was all video-ed out by then. @amber_remick @builtbymike @startingstrongman @official.scl @officialstrongman @teamhmb @victoryapparelandathletics #strongman #strongmangames #axle #yoke #beard #builtbymike #rickybobby #mensphysique #jackedandtan #bloatedandpale

To conclude the article, I reached out to professional strongman Spenser Remick for his thoughts on training with the axle.

Remich states, “Training with an axle, whether for a competition or not, can have a place in any program, whether strongman related or otherwise. The change in the center of gravity of the bar from a traditional barbell takes some pressure off of the joints during pressing movements, and will make a barbell feel much more controlled when you switch back. I will also program axle deadlifts when I want to get a good training stimulus, but don’t want to have to overload myself with weight.”

“These slight variations can make the axle a great tool for training, as well as set it apart as a unique strongman implement. Squatting with an axle can also be beneficial, since the fixed nature of the bar will require you to keep your torso upright, in order to prevent decapitation. One of the best benefits to training with an axle is affordability. Most scrapyards have 2″ steel pipe. So if you are able to cut it down to size and use rubber fittings to keep plates in place, you essentially have a functioning axle for probably less than $25-30.” 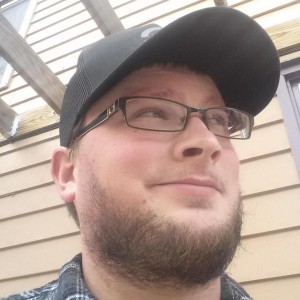