The 8 Most Badass Feats of Strength from the Ancient World

Since the dawn of time, cultures from all over the world have equated strength with awesomeness.

Here are some of our favorite heroes from the ancient world, men who weren’t just known for their prowess in battle (there were plenty of those), but for their phenomenal strength. 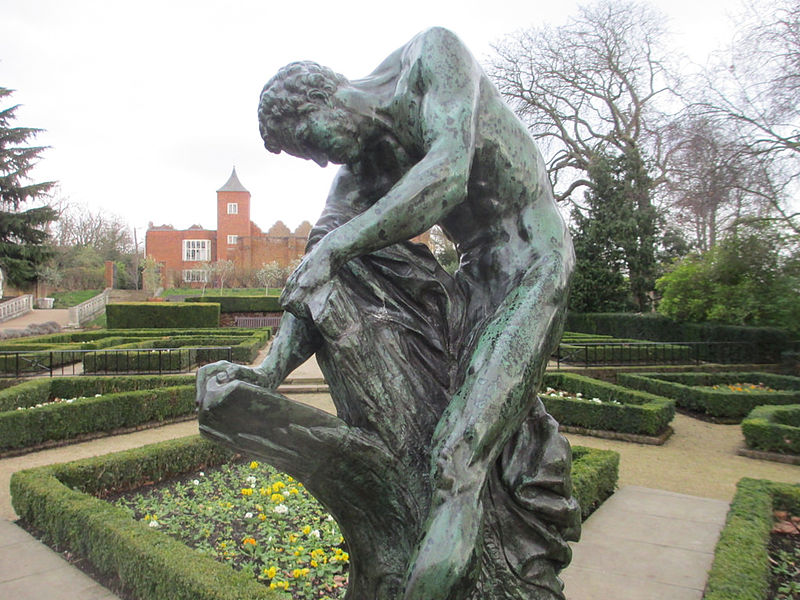 8) Milo of Croton: Running a mile with an ox on his shoulders

One of ancient Greece’s most famous wrestling champions, some say Milo is the inventor of progressive strength training, owing to his habit of lifting a growing bull every day.

Running a mile with an ox around his shoulders might sound impossible, but they say Milo ate forty pounds of meat and bread every meal, so hey, maybe he could have handled it. He’s also said to have saved the life of the triangle-loving Pythagoras by holding the roof of a collapsing temple as the philosopher ran to safety. He reportedly died after becoming stuck in a tree he was trying to tear apart and getting eaten by wolves. 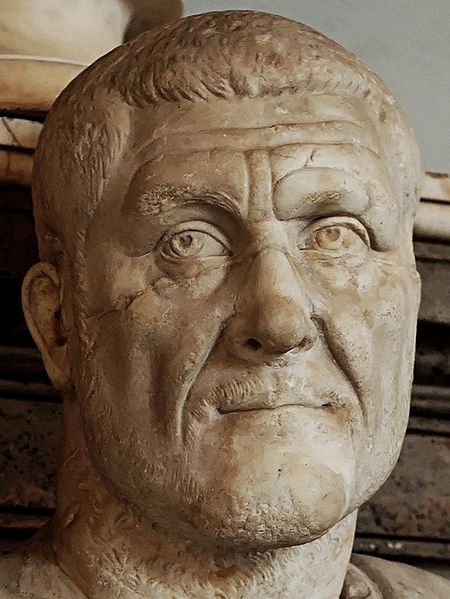 7) Maximinus Thrax: Punching out a mule

Historians are pretty sure this famously enormous Roman emperor suffered from gigantism, a condition that results from the brain producing too much growth hormone. (Statues of him feature noticeable bulging in the face, which is a symptom.)

Plenty of tall tales surround Maximinus, with reports that he was over eight feet tall, consumed eighteen bottles of wine at each meal, and crushed rocks in his fists, but our favorite feat has to be the fact that he was known for punching out a mule to demonstrate his strength. Poor sucker.

All we really know about the ancient Greek lifter Bybon is the enormous block of sandstone that was found at Olympia with a handle carved into its side. On top, it bore an inscription: “Bybon, son of Phola, has lifted me over his head with one hand.”

Some historians actually take this one seriously, arguing that Bybon might have lifted it with two hands and held it up with one. Today, you can check out the real stone at the Archaeological Museum of Olympia.

When archaeologists uncovered an enormous boulder on the Greek island of Thera, they noticed something unusual. Dating back to the sixth century B.C., the stone bore an inscription that was pretty similar to that of Bybon: “Eumastas, the son of Critobulus, lifted me from the ground.”

Whether that was a lift to the hips or simply moving it off of the ground, it’s a pretty notable feat. Then again, you have to first believe that scratchings on an old boulder constitute an official lifting record. 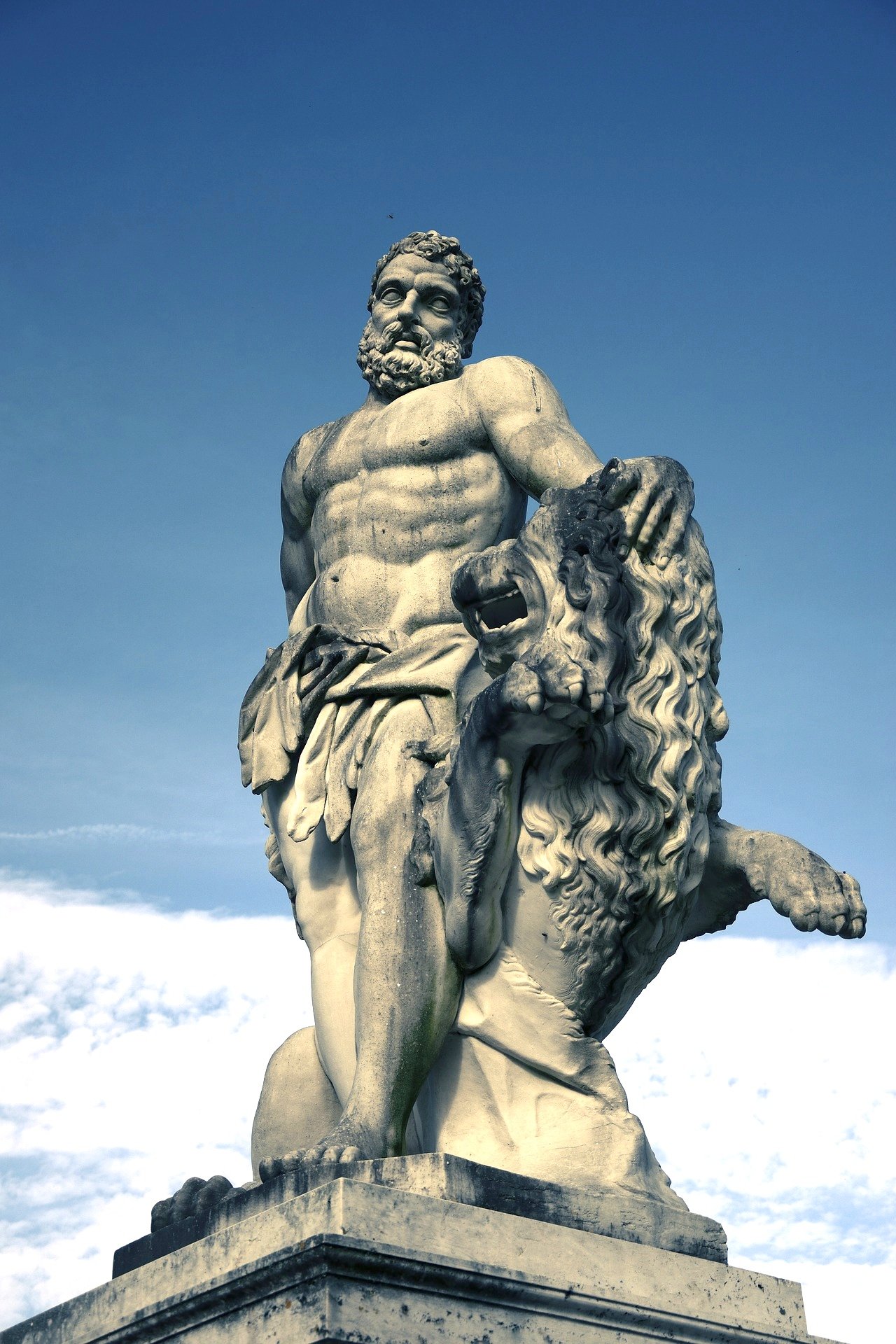 4) Hercules: Cleaning the poop of 300 horses

The labors of Hercules involved slaying hydras and capturing a three-headed demon dog, but the toughest must have been cleaning the Augean stables, which housed a thousand cattle and hadn’t been cleaned in thirty years. To make matters worse, they were “divinely healthy,” which for some reason meant that they pooped way more than your average cow.

He managed by using his strength to dig trenches into two rivers and rerouting them right through the stables. Talk about functional strength. 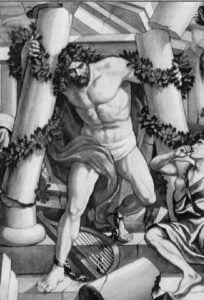 3) Samson: Pulling down a stone temple

The Bible’s Incredible Hulk, Samson is often remembered for the time he killed a thousand men with a donkey’s jawbone, but after losing his strength to a bad haircut, things were looking pretty grim.

The Philistines captured him and brought him to the temple where they were celebrating his arrest, the goal being for a humiliated Samson to provide entertainment for the troops. Instead, he punched through the central pillars, brought down the roof, and crushed everyone to death.

Hailing from ancient Singapore, Badang was the weakest slave on an Indonesian farm until he captured a water spirit who gave him superhuman strength. (He first had to eat piles and piles of the spirit’s fish-ridden vomit, so he probably deserved his reward.) Rumors of his strength spread far and wide, and an Indian king sent over his favorite strongman to challenge Badang.

According to legend, the strongman deadlifted a giant slab of sandstone to his knees in a contest. (No rep!) In response, Badang cleaned it and hurled it into the mouth of the Singapore river.

What is believed to be the Singapore Stone was found in the Singapore River in 1819, covered in a mysterious, indecipherable alphabet. Given its measurements, it weighed about thirty-seven tons. Today, part of it is on display in the National Museum of Singapore, where it has been declared a historic relic. 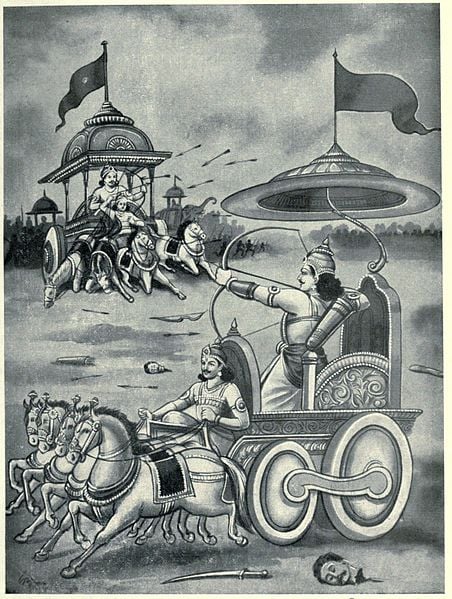 1) Karna: Holding up the entire universe

Karna was a warrior known for always following the code of honor, but his strength intimidated the gods, who constantly threw curses at him. During a battle described in the Indian epic Mahabharata, Karna fired arrows with enough force that he was able to halt and reverse the progress of an enemy chariot.

Oh, and it was being driven by the god Vishnu, so the chariot weighed as much as the entire universe. Sure, the bow was also made by gods, but that’s still some pretty damn serious horizontal pulling strength.

Did we leave anyone out? Let us know in the comments below!