Biofeedback Testing: How to Tell If You Should Lift Heavy Today

Most of us have experienced a situation where you walk into the gym feeling like you’re going to crush a new PR, only to fall short. Or the flipside: you feel like you’re going to have a subpar workout and wind up making one of your best lifts of the month. What gives?

The problem is that subjective tests of energy and ability aren’t always the most scientific method to understand your body. But biofeedback testing is an objective way to test the body’s day-to-day ability to lift heavy, and it’s rapidly gaining steam in training circles.

What is Biofeedback Testing?

As a broad concept, biofeedback uses a quantifiable, objective metric to figure out how your body is changing based on a stimulus.

But there are also objective ways a lifter can measure how the body is responding to exercises, and he or she can use that information to determine which lifts they should pick and how heavy they might want to lift on a given workout. It’s free, it’s simple, it’s effective, and it takes two seconds.

“What we’re doing is the same thing as the heart rate monitor, but we’re using the range of motion as your objective measure,” says Dave Dellanave, a Minneapolis-based strength coach and author of Off the Floor, who is widely credited with popularizing the system.

Here’s how it works. When you walk into the gym, before you do any mobilizing or stretching of any sort, put your heels together, relax, bend forward, and whenever you feel tension, stop and mark where your fingertips were able to reach.

“You might feel tension in the backs of your legs, you might feel it in your back, but wherever you feel that tension that stops you, stop there,” says Dellanave. “I just tell people to completely relax and bend forward, don’t make it any more complicated than that. Then mark where that range of motion is.”

It’s not essential that your heels touch or that your knees are straight; what’s important is that the move is easily repeatable. You need to be able to perform the exact same movement after you start lifting to properly gauge your biofeedback. To that end, it’s easier to put your heels together than to remember exactly how far apart your feet were spaced at the get go, and so on.

Then, perform your first warm-up set. If you’re doing deadlifts, for instance, perform the movement with an empty bar, unless you lift some serious weight (think 400+ pounds), in which case you might start with 135 pounds or so. The idea is to start stimulating your nervous system. Do another toe touch. 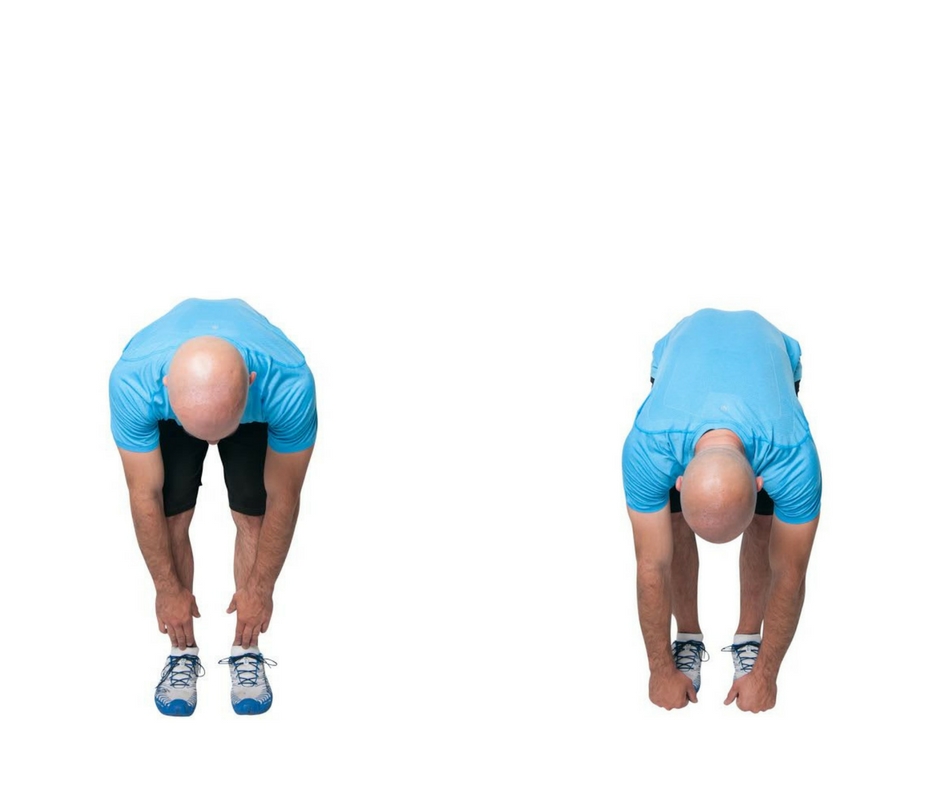 An example of a successful test. Image courtesy of Dave Dellanave.

If your range of motion has improved after your first set, great! If it’s stayed the same or gotten worse, then deadlifts probably aren’t the best exercise for that workout, and you might want to try a different exercise instead.

“So you might lift 135, then test, still good, 225, still good. You get to three hundred, and it doesn’t test well anymore,” says Dellanave. “Well, now you know deadlifting tested well, but deadlifting past three hundred pounds did not, because your range of motion got worse after that. So now you know today is a good day to deadlift on the lighter end and not a good day to deadlift heavy.” 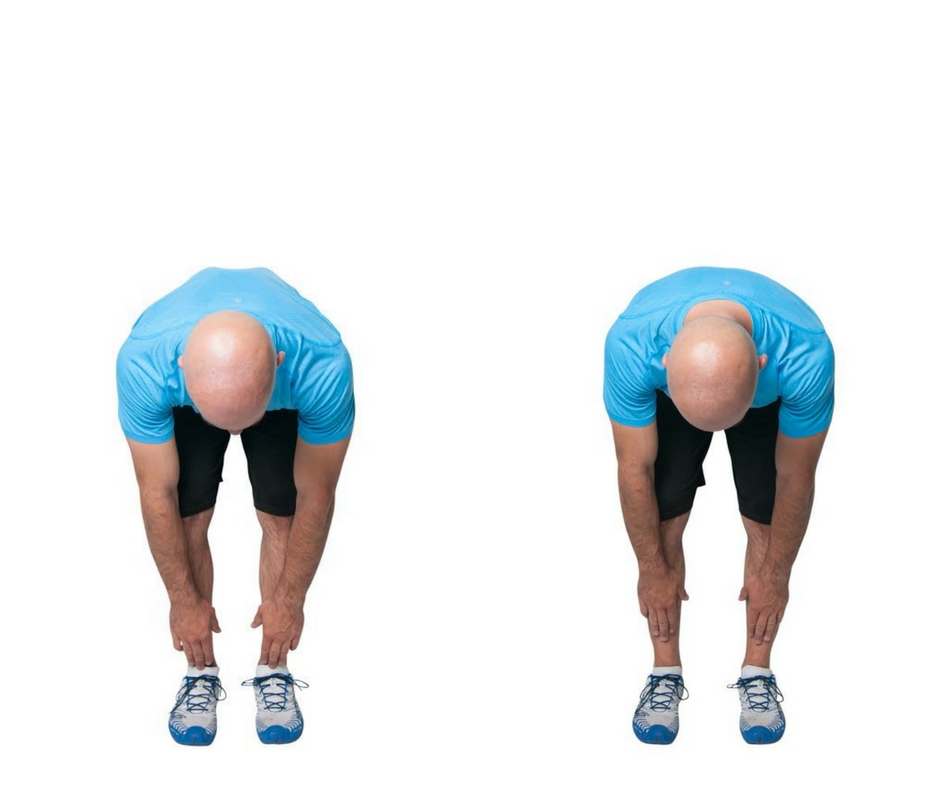 A not so successful test. Image courtesy of Dave Dellanave.

This same test can be used for bench pressing, pull-downs, or any exercise at all. If before you perform a barbell back squat, your fingers reach the tongue of your shoe and after your first warm-up set you’re touching your laces, that’s a green light. But if your range of motion recedes and you can only touch your shin, then it’s not a good movement for you that day. Front squats, zercher squats, or even a completely different body part may be better to train.

It might sound simplistic to think that a toe touch can indicate your readiness for bench pressing, but the idea is to see how your central nervous system is responding to stimulus, and the CNS connects to every part of the body.

“Range of motion is global,” Dellanave emphasizes. “It changes throughout the body when your state changes.”

According to Dellanave, any range of motion test can determine your body’s response to any lift, but he uses the toe touch because it’s so easily repeatable. Sometimes, he’ll use the side-arm raise as a biofeedback tool as well, even though it’s a little harder to observe the change in ROM. It requires simply raising the arm out to the side in abduction and wherever it stops, that’s your current range of motion. Perform your squats, then raise your arm again.

Has your ROM increased or decreased? Even if it’s stayed the same (which is rare), Dellanave would recommend trying a different exercise.

“You can always find something that’s better,” he says. “So there’s really no reason to do something that leaves your range of motion the same.”

The toe touch test is simple, equipment-free, it takes two seconds, and it’s a surprisingly reliable way to measure biofeedback and get an idea of how hard you should push a certain lift on a certain day. Try it out for your next workout, and we think you’ll see a pretty positive correlation with your lifting capacity.