How to Grow Stubborn Calves and Forearms

Two coaches give their best tips for these notoriously stubborn body parts.

Most lifters, unless they’re genetically gifted, have a stubborn muscle group that refuses to grow. No matter what you do and what you throw at it, it still looks the same.

It’s almost enough to make you shed tears into your protein shake.

For me, and for countless other athletes, it’s forearms and calves. So, if you have a hard time building these muscles, this is right your alley.

Editor’s note: This article is an op-ed. The views expressed herein are the author’s and don’t necessarily reflect the views of BarBend. Claims, assertions and opinions have been sourced exclusively by the author.

What Makes Muscles Hard to Grow?

There’s a couple of reasons why muscles, particularly the forearm and calf muscles are harder to grow.

This means you need to attack your calf training differently depending on which calf muscle you’re targeting.

The forearms have many small muscles with varying fiber types. However, most forearm muscles are slow twitch dominant, much like the soleus muscle.

Slow twitch muscle fibers are difficult to grow because they rely on a rich supply of oxygenated blood called myoglobin.

This important protein contains iron and stores oxygen, which is necessary for our muscles to carry out cellular respiration. Because of this, they generate less power and strength than fast-twitch fibers but are slower to fatigue, meaning they can sustain activity for longer.

[Related: Learn more about the differences between fast and slow twitch muscle fibers]

However, don’t let your genetics get you down. You can still grow muscle on your calves and forearms with smart training and targeted exercises.

“For developing the calves, you need to focus on achieving a strong stretch at the bottom of every rep, taking enough time to dissipate the stretch reflex — 4 seconds at the bottom — then a controlled but powerful movement up, 2 second contraction at the top, then a controlled negative,” says Nick Nilsson, an Illinois-based personal trainer.

This is tempo training using a 4412 tempo. The first number is the eccentric (lowering) portion. The second is the bottom position, the third is the concentric portion of the movement, and the fourth is the top position.

“Since the calves are tough to develop, they need to be trained with higher frequency, even as often as every day,” he adds. “Utilizing exercises such as the Donkey Calf Raise is extremely beneficial. If you don’t have a Donkey Calf Raise machine, you can use a power rack and a barbell to mimic the movement very effectively.”

Set one safety rack (in the squat rack) at stomach height and the other a notch lower and lay a barbell across them. Put a pad on the lower end of the barbell for your lower back.

Put the balls of your feet on the elevated surface and the barbell along length of your spine with the pad on you lower back. Straighten the legs, and it’s a calf raise from there.

“I recommend resisted loaded stretching for calves also,” says Nilsson. “Do this as a finisher on a regular standing calf raise exercise.”

After finishing your set, come down into the bottom stretch position then come up just slightly and hold. Then exert almost enough tension to move the load but not enough to actually move it.”

You can pair them with another leg exercise on lower body days or do straight sets of them on upper body days.

“Nothing makes an upper body pop like muscular forearms,” says Travis Pollen, a personal trainer and PhD candidate in Rehabilitation Sciences. “Yet forearms are a notoriously stubborn body part to grow. The simple fact of the matter is that most people don’t devote the necessary time to concentrated forearm training.”

However, nobody’s going to the gym for “forearm day.”

Well, nobody except rock climbers. For climbers, every day is forearm day, ad their Popeye forearms are the proof in the pudding. (1) Over a few months, one day a week of climbing both added mass to Pollen’s forearms and strengthened his grip, which even carried over to PRs on my big lifts. If your forearms are lagging, rock climbing is a no-brainer of a solution.

If climbing isn’t an option, flip the script.

Note: Sets and reps are dependent on you and your grip strength.

Repeat that workout or variations thereof until your forearms are no longer your weak link.

If you’re not genetically blessed, you can still grow muscle on stubborn body parts.

By breaking a few ‘rules’ combined with priority training and higher frequency, you will get those stubborn muscles to pop without having to resort to popping cans of spinach. 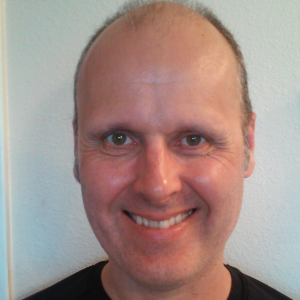 1 thought on “How to Grow Stubborn Calves and Forearms”

The Untold History of the First Mr. Olympia Contest

The Historical Significance of Phil Heath and the 2020 Mr. Olympia