It’s never easy correcting a stranger’s form, especially when it comes to the gym, which is considered a passion or hobby by most. And let’s be honest, as a society, we’re not always the best at accepting unwarranted criticism.

As a strength coach, I’ve encountered many internal battles for when to help someone’s form out, and when to bite my tongue. In fact, I have these inner battles almost routinely at the gyms I attend. Granted, I have these battles most at commercial gyms I frequent where gym-goers may not be as intense, but it’s still a struggle choosing when to help. Anyone who’s invested in the fitness industry or has trained for most of their life probably understands what I’m referencing.

It feels almost like an obligation to help someone avoid injury when it’s happening right in front of you. Over the last five years, I’ve had strangers both positively and negatively respond to my help, and I’ve learned different methods that have better success rates. Below are a few do’s and don’ts I’ve learned to help others, while avoiding them negatively responding.

When you approach a stranger, it’s best to always remember that there’s going to be some level of suspicion. This isn’t inherently a negative thing, but a neutral response we all have to someone new. And this is where you have your shot and opportunity to turn that neutral response into a positive reaction.

Example: You’re going about your lift, then witness someone deadlifting a weight that’s too heavy for them, and it’s clear they plan on doing multiple sets. You know they’re in the process of booking their ticket to snap city, so you decide to approach them.

Instead of going straight up and telling them what they’re doing wrong, stop and ask. Begin by asking them what they’re training for, and what they plan on working up to. Take a note of their response, and create a unique compliment for them. Second, gently mention that you noticed them not setting their back before initiating their pull (as an example), but don’t just leave it at that and walk away. Now it’s your time to take control.

This is the make or break point. It’s the point where you’re either going to save them from an injury, or piss them off. Your next move is to give them an example of what they’re doing, then perform what it should look like, and provide an explanation as to why it will further their individual goals.

If you can provide visuals, and then rope it back to their personal goals, then they’ll automatically feel inclined to listen. In this case, you could explain that a set back can lift more weight, and that it would help them reach their goal faster in a safer manner, while showing them what it looks like.

This scenario only really works well for two different cases: A) you’re doing the same type of workout that day, or B) they’re using a weight that you can easily work in and do without throwing off your workout.

Politely ask to work in with them, and go about your sets. This scenario is one of the easiest ways to critique someone’s form in a positive manner for a couple reasons. First, they know you’re naturally standing close, so the lifter is aware you’re watching their movements. Second, they can watch you, so there’s naturally a level of comparison, whether they know it or not. Third, you’re on the machine, so you can ask them right there about something, then demonstrate something in a thoughtful manner.

Example: Someone is doing a wacky seated row, and you ask to work in. When it’s your turn you make sure to perform the movement with proper form and good tempo. As they go, you don’t strictly watch them, but let it be known that you’re present. Your next set, you inform them that if they made this small tweak, then they could move better per their body and with more weight (remember always tie it back to their personal growth).

The next part is where it gets easy. You’re already there to watch, help, and critique them, while getting their live feedback. This method is great because you don’t just seem like someone walking up, instructing them, then walking away. No, you’re invested and you’re there to help them along the way, in addition to providing hands on instructions. Your role has become the informal gym-bro who has their best interest in mind.

3. The Under Study (aka Make a Gym Friend)

The last method I’ve used in only a few rare cases, and it’s what I call the under study. This method takes commitment and should be used sparingly, as it can be draining and distracting to your own training.

For this scenario, you’re going to build a relationship with someone you see regularly at the gym who you’ve noticed has a somewhat similar training style. Don’t just ask anyone in this case, as it’s important you’re aware of how they currently work out, so your help doesn’t decrease your training goals.

Example: You see a younger lifter who trains similar to you. Compound movements, then accessories, but they perform their lifts in a haphazard way, yet you notice there’s potential. Casually ask to work in with them one day, or spark a conversation in passing and ask about their training. Once you’ve assessed their training state and level of commitment, then you can ask if they’d ever want to get a lift in with you. 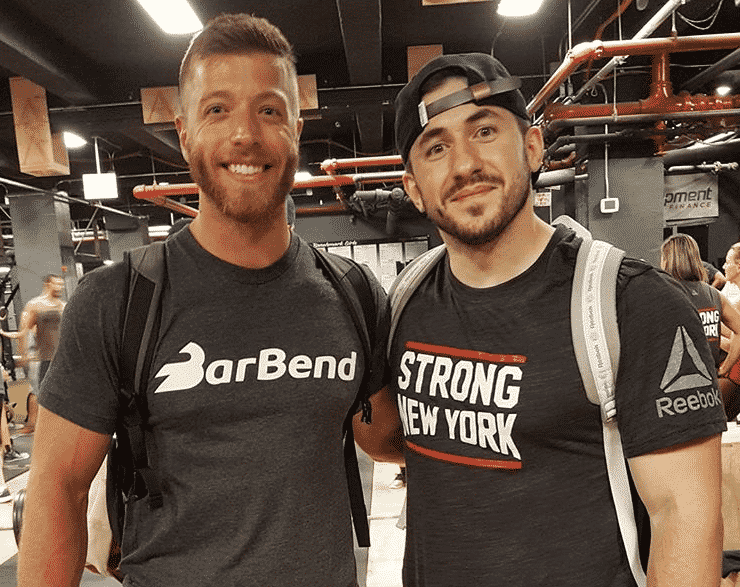 After they agree, the rest is pretty self explanatory. The next time you workout with them, then you can drop your background, what you do, etc, in the getting to know each other process. This will organically create a sense of knowing, which will make it easy to help them along the way through the workout, or entice them to watch you naturally.

I’ve done this method twice before with younger lifters who I found I got along well with, and train similar to me. In my mind, they reminded me of myself when I was at their training status. It’s a method that takes helping a step further, because you’re now getting to know someone past their form, which can help create a better understanding of why and what they’re doing. Yes, this is a rare scenario, and takes a ton of work, yet it can be one of the most rewarding when know you’ve helped a lifter for their lifetime.

1. Don’t Lead In With Credentials

Remember, often the average gym-goer doesn’t care about where you got your degree, when you got your CSCS/training cert, or much about your training history. In most cases, opening with your accomplishments and credentials is a sure fire way to make someone shut down, and make you look like an ass. As stated above, unwarranted criticism is a sensitive topic for people, no one enjoys being told they’re wrong from a stranger.

Example: Hey man, I just won my meet three months ago (doesn’t matter what it is), and have been a trainer for three years, and you’re doing your deadlift improperly.

Yes, you have good intentions, and yes, in some cases this will work, but for the majority of the time it comes off in a bad way. If you want to drop your credentials do so much later in the conversation, or organically when you see an opportunity. Credentials add an extra level of security in a stranger’s mind, but only once they see you as a positive resource.

This scenario is similar to the above point, and the difference is mainly how you open your conversation. Don’t go outright and point out everything that’s wrong with the movement. Never once have I seen this method work well, and there are a couple reasons why.

First, often the gym newbie is already on edge and will be turned off immediately. Remember the first time you went to the gym, and how uneasy it was. They know they’re new, and they don’t want a reminder from a stranger.

Second, a weathered gym rat will have an ego, and challenging that will often result in a negative response. Someone who’s pulling over three plates probably considers themselves pretty strong (relatively), so challenging their movement strength will often automatically turn the situation into a negative interaction.

Example: Hey, you know your squat form is wrong, right?

Put yourself in their shoes. Would you want a stranger coming up to you and opening with, “Hey, you’re doing that wrong.” Most likely, no, especially if you see yourself as a gym veteran.

Obviously, everyone wants to know when something could lead to injury, but in a way that doesn’t damage their ego and pride. In the perfect world, everyone could accept criticism and adjust accordingly, but we don’t live there. This is why seeing the full scenario through someone else’s eyes is crucial to helping them.

Approaching and helping a stranger’s form in the gym can be a dicey scenario, so taking considerations before doing so is always best. No one wants to get injured, or put their body in a bad place, but you have to consider how you approach the situation. Lead in with understanding, patience, and a strong rationale behind what they’re doing, and why changing it can benefit them.

If you tie criticism to a stranger’s personal growth, then you’ll find (in most cases) that their response will be a positive, and your critique will be taken into consideration.