Castro, of course, is the director of the Reebok CrossFit Games and has programmed every event of every CrossFit Games ever — he even hosted the first CrossFit Games ten years ago at his parents’ ranch in Aromas, California. 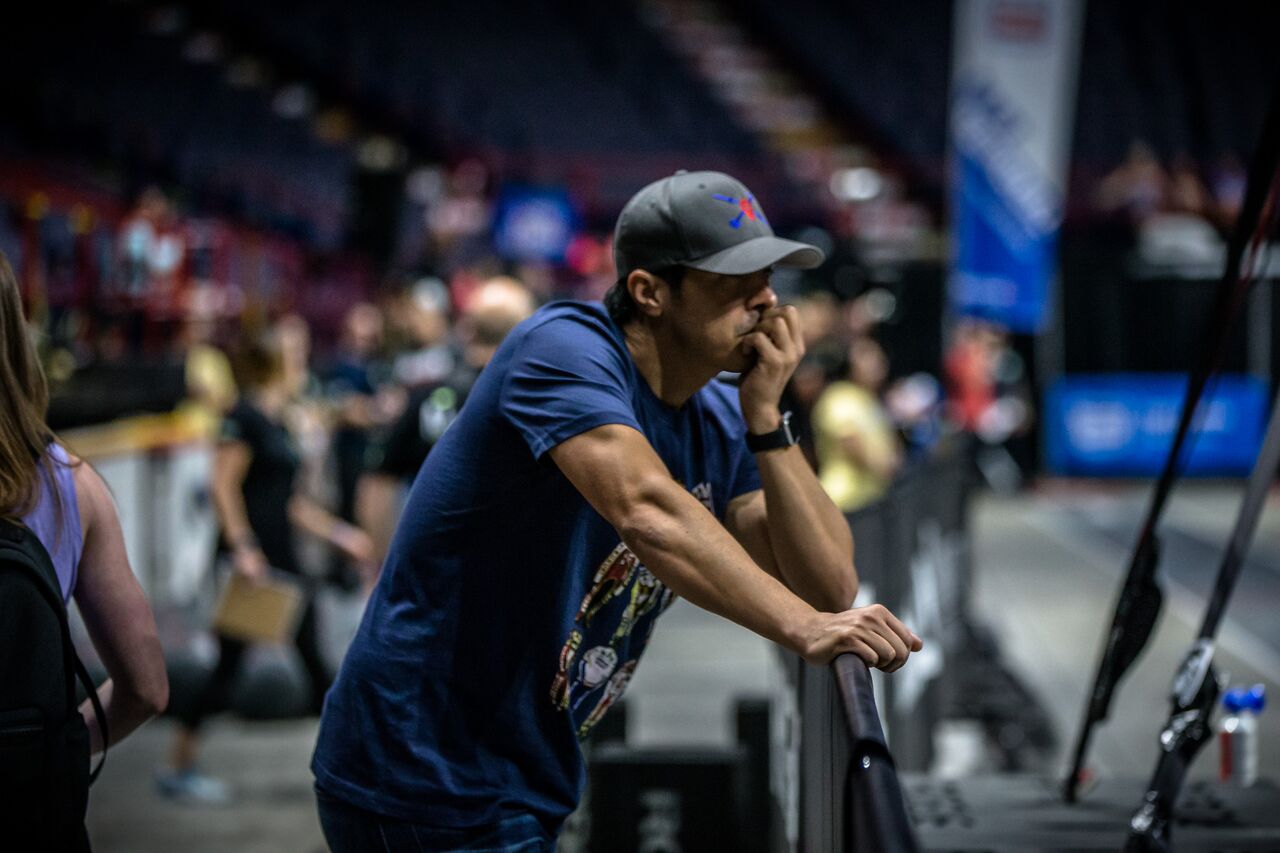 He doesn’t give a ton of interviews, and there are a lot of interesting behind-the-scenes tidbits about his process. He discusses a secret facility where he tests the workouts before announcing them, and even addresses why there are no barbells:

Dumbbells are underused in the [CrossFit] community, and Coach Glassman is a huge fan of them. I always thought it would be cool to program an event that just uses dumbbells. After last year’s Games, the timing felt right. I decided right then that this year I would introduce the dumbbell into the Open, and program Regionals to be purely dumbbells. (…) While programming, I realized I could set things up so the entire Regionals competition required only one dumbbell weight. Using that same dumbbell weight across different movements highlights how much you can do with a single piece of equipment.

He also drops some hints as to the future of the Reebok CrossFit Games, at one point saying, “Next year, I don’t know what I’m going to do, though, because I’m not sure the Regionals format will look the same. That’s all I’m going to say about that for now.”

And then there’s the book.

“I’m actually writing a book chronicling my thought process around the 2017 Games.,” he reveals to Maureen Quirk, Reebok’s Associate Manager of editorial content. “I want it to be a glimpse at everything that goes through my head as I think about programming the Games. Every event and every workout is a reflection of where we’re at in this stage of the sport’s development. And it’s all about the sport’s development. That’s what keeps me up at night.”

While the book probably won’t wind up at the top of the bestseller lists, we know its release will be a momentous event in its own right in the world of strength sports and functional fitness, and we sure can’t wait to read it. In the meantime, all eyes are on