I recently heard Louie Simmons on the Barbell Life Podcast say that his lifters do 80% accessory work! That means for some of the strongest guys in the world, they spend roughly 20% of their training day on the main lifts. Obviously that’s for powerlifting, but what was once commonplace among bodybuilders, powerlifters and even the average gym goer has since become an almost “taboo” word with the rise of functional fitness.

Although it’s seen a resurgence as of late, I believe accessory work is a widely under-utilized or misused training practice. Don’t get me wrong; I coach numerous functional fitness athletes (including those who have competed at the CrossFit Regionals and Games level), and what they do is both impressive and admirable. But it was in working with them that I noticed a trend of under-developed muscle groups, at least relative to the rest of their body. Over time, I’ve seen this lead to injury after injury in lower backs, shoulders, knees, you name it.

What are we doing to prevent these injuries? I see a lot of people heading to PTs, massage therapists, chiropractors etc… — but what is changing in the program? Why aren’t we correcting the imbalances and teaching the athlete proper bracing techniques or actually explaining the cues that we give, such as the ever infamous “knees out?” 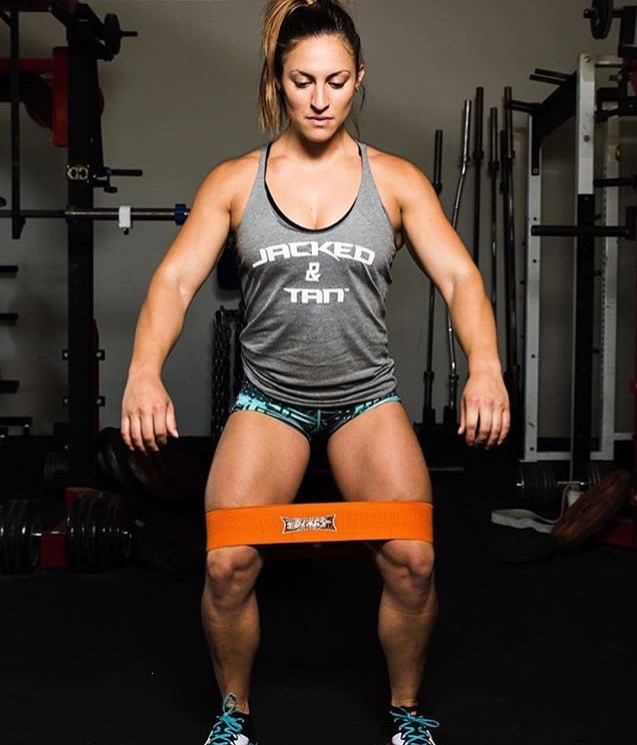 What I found in many athletes were very under developed and almost non-existent hamstrings, at least relative to their quad development or a lack of proper loading within the posterior chain and an almost non-existent back musculature. You’re probably freaking out at this point thinking about the giant traps many female athletes have, but if you look a little closer you’ll notice that the upper back is slightly disproportionate relative to those “giant traps.”

In my opinion, that discrepancy stems from an excessive use of cleans, snatches, deadlifts and other heavy multi-joint movements — and a lack of targeted accessory work within the back, like Pendlay rows, dumbbell rows, prone rows (the list of horizontal pulling movements goes on and on). Even lat work at times is lacking now that many athletes rely primarily on kipping or butterfly movements; the strict pull-up, weighted pull-up and even things like lat pulldowns go by the wayside.

Let’s remember that I am speaking in generalities; while I do believe this applies to many top athletes, there are many more aspiring athletes at the local and regional levels that would benefit from this type of accessory work to build resiliency.

The posterior chain is where I see the biggest issue with many of today’s functional fitness athletes. Lagging hamstrings, low backs, and glutes are the cause of numerous injuries throughout the sport. For simplicity’s sake, the posterior chain is the back side of the body, glutes, hamstrings, and back; we can certainly be more specific, but we’re “keeping it simple stupid.” What you primarily need to know — in my opinion — is that the posterior chain is where much power is generated from in the body. If you look at shot put athletes, considered to be some of the most powerful athletes in sports, all of the energy they create through rotation is largely generated from creating torque within their hips through “separation” of the upper and lower body that is then transferred to their throws.

For a more relatable example, watching a great weightlifter, you can see how they stay over the bar during a snatch while keeping their hips back and then violently extend the hips to help “propel the bar upward”;  obviously an oversimplification, but you get the idea. Watch a snatch video of Jared Fleming in slow motion, and you’ll see what I mean. 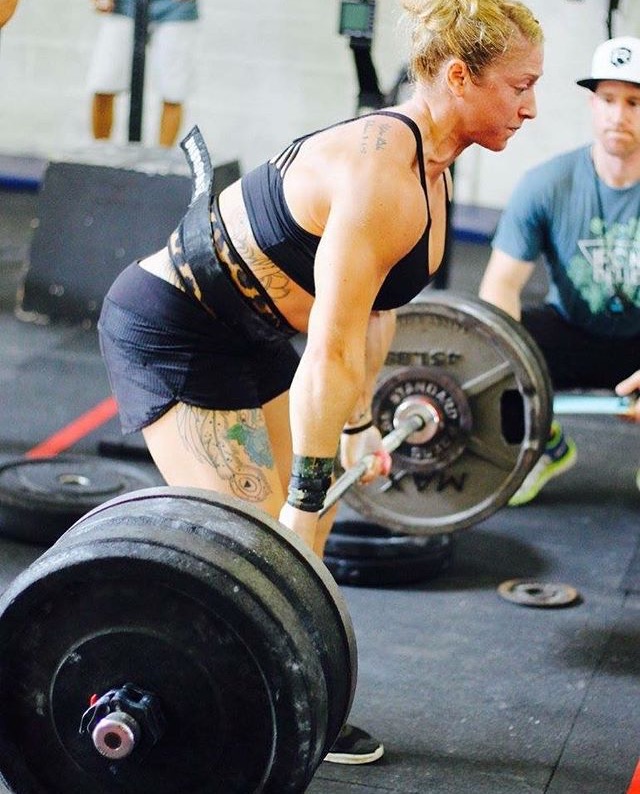 Jesse Burdick and I developed a program called Buttstuff (credit goes to Alex however for the name) which originally stemmed from a protocol we used to help Alex “No Pants” LaChance learn to activate her glutes, bring up her hammies, as well as teach her how to turn on those muscles under load to protect her spine. Ultimately, that included months of accessory movements like sled pulls and pushes, banded marches, slide boards, hamstring curls, banded good mornings, hip circle walks and squats, and glutes bridges, along with light weight tempo squats and deadlifts to focus on form and breathing techniques.

Alex managed to PR both her front and back squat as well as her power snatch, sumo deadlift, and — in what I think is our biggest achievement — the infamous thruster, which always irritated her back but no longer bothers her at any weight or rep scheme. All of the PRs aside, her back pain post training is gone, no more hobbling around the house after a hard session or crawling out of bed in the morning and all without surgery, medicine, or doctors. I am certainly not suggesting that what we did is a cure all for all back related issues; doctors have their place and should be sought out if necessary.

There’s obviously a time and place for accessory work. Given the high variety of exercises that need to be performed and perfected for fitness athletes, we can’t always have months on end of accessory movements, since sport specific movements need to be worked on as well.

Alex was injured at the time of the CrossFit Open, so we had the ability to focus all of our energy into her accessory work for almost a year. This obviously isn’t the case for everybody, so what I would recommend is targeting specific areas for 4-8 week blocks, depending on how badly the area needs to be brought up. I recommend keeping the same accessory movement for two week periods while increasing either sets, reps, or load during the second week. This will help create a better adaptation in the body to those movements and give the athlete a better — and I hesitate to say this — “mind-muscle” connection.

This may seem unimportant, but without knowing how to turn muscles on through isolation exercises, how can you expect to properly brace for heavy squats, cleans and snatches?

Similarly, if you can’t load your glutes and hamstrings in a Romanian deadlift, how do you expect to stay over a bar and keep your hips back during the pull of a snatch or clean?

You will most likely round over on that squat because you can’t engage your back and keep it tight. If you’re not sure what I mean, it’s generally when your ass shoots up in the air as your head dips down, you then subsequently dump the bar behind you and miss the lift. As for the snatch and clean, your hips will come forward too quickly causing you to make contact too low on your body and the bar will be shot too far away from you due to the momentum you put into the bar making you miss out in front.

Does that sound familiar to anybody?

Accessory work is crucial to the development of any athlete, but it needs to be programmed intelligently per the sport the athlete competes in. The farther you are from that season, the more you can work on accessory movements and bring up lagging areas. The closer you get to the season, the less you can focus on the accessory work, and the more you need to focus on the movements you will see in competition.

Find the areas that are the weakest and attack them. Load isn’t as important as movement quality. Utilize higher reps to build size and lower reps to gain strength.

I am obviously a little biased, as I compete in powerlifting, but as stated above, my primary job is coaching fitness athletes. So in my opinion, it stands to reason that if some of the strongest people on the planet heavily rely on accessory movements to improve their performance, why wouldn’t we want our athletes to have a similar focus when applicable?

Don’t shy away from “bodybuilding” movements. Utilize them intelligently to help your athletes develop the balance they need within their body’s to be successful and injury free.