Why Doubles and Triples Can Increase Your Weightlifting Maxes

Increasing your 1-rep max in the snatch and clean and jerk is an arduous process, often exchanging mere kilos on the bar for countless hours, weeks, and months of continuous training.

The trials and tribulations that weightlifters (as well as many strength and power athletes) go through on the quest for a new personal record are all part of the process of being a lifter. 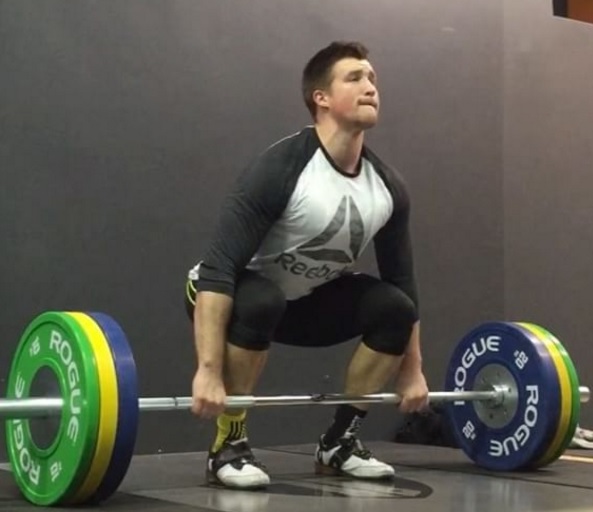 Increasing training volume at 75-90% of 1-rep max can significantly improve your snatch and clean and jerk maxes.

There are no substitutes and shortcuts for increasing one’s performance on the platform and/or in training, and certainly no “correct” and singular way to do so (otherwise we all would be amazing). When determining what are some of the most effective (and often the most basic and challenging) principles for increasing one’s maximal performance over time , one of them has to be increasing training volume at relatively higher intensity loads for multiple repetitions per set. It is important to note that some international training systems have lifters routinely work to heavy daily efforts (yes, singles), which can be very effective, however even then, there are times when athletes must drop intensities (% of 1-rep max) and increase repetitions and volume.

Below are three reasons why performing more doubles and triples with loads of 75-90% 1-rep max can increase a lifter’s  maximal potentials (I say potentials because a lifter still needs to do heavy single training during certain phases of the year to mentally, neurologically, and physically prepare for true max testing).

In an earlier piece I discussed how confidence (or lack thereof) when attempting near-maximal and maximal loads can wreak havoc on performance (mental, neuromuscular, and athletic).

When you can snatch nearly 2x your bodyweight, for two reps…that’s confidence.

Lifters who routinely perform heavy singles often find themselves getting hung up on the same loads over and over again, creating a mental block. One surefire way to break through those blocks is to perform doubles and triples with loads at or just below that block. The confidence and experience gained through performing multiple repetitions of a previously challenging load (for a single) can do wonders for confidence and progress.

Training volume has been shown to be one of the primary driving factors for muscular hypertrophy and growth. While weightlifting may not be a hypertrophic sport, increasing training volume, time under tension, and the neurological stress that comes along with performing near maximal loads for higher volumes can drive maximal abilities further (if allowed to properly recover and adapt).

The same goes for the strength lifts, such as squats (front and back). Many lifters fail to perform enough training volume with heavy loads (doubles and triples) to establish a greater muscular strength, neurological excitement, and hormonal adaptations (athletes can perform even higher rep-based training to further drive anabolic processes).

Lastly, by increasing training volume with loads in the 75-90% 1-rep max range, you minimize the likelihood of missed repetitions, improve technique and acceleration with heavier loads, and enhance power production.

In any maximal intensity sport, nothing prepares a lifter for attempting to perform at their highest potential better than gaining experience exerting themselves at maximal and near-maximal intensities.

Learning to attack 90% 1-rep max for a triple will surely progress your maximum.

Many lifters can place a large amount of training time to push themselves to train at their maximal, however the finite capacity to express maximal strength, power, and neurological function can limit the opportunities that an athlete has to gain useful experience handling near-competition intensity loads. Throughout training phases that are geared for hypertrophy and pre-competition phases (basically excluding competition and peaking phases), coaches and athletes can use doubles and triples to increase a lifter’s experience with developing force, power, and technical prowess with near-maximal loading. In order to express maximal abilities, lifter’s need to have great experience dealing with near-maximal loading (75-90% 1-rep max) on a consistent basis to allow themselves the opportunity to take maximal loads for a ride.

While performing heavy singles is an effective strategy to use with lifters near entering competition and pre-competition phases, performing slightly lower intensities during non-competitive training phases  (75-90% 1-rep max) for doubles and triples will allow lifters to gain more experience with heavier lifts, drive muscle adaptation and skill specific to heavier loads, and increase their confidence (not to mention it can also help them not overtax their neurological systems by performing too many maximal attempts). Coaches and athletes should strike balance throughout the career of a lifter (on a cyclical basis) by structuring programs that build strong, solid foundations that work towards the specific skills needed to express maximal performance.