The IWF cited "the various travel and health restrictions introduced in the area."

Probably the strength sport most affected by the spread of the coronavirus is Olympic weightlifting. Given the highly regulated nature of the sport, the frequency of its competitions, the huge number of countries around the world where the International Weightlifting Federation holds its meets, and of course, the fact that it’s the only strength sport contested in the Olympic Games, weightlifters have been on particularly high alert with regard to the virus’s potential to affect their ability to compete.

While many are concerned about the possibility of the Olympics themselves being canceled (more on that below), the IWF has made an announcement that shows the virus’s spread can indeed bring about the cancellation of a competition. Or at least, a postponement: the inaugural East Asian Weightlifting Championships have been postponed until further notice.

The IWF published their announcement on their site with minimal details, but they did state that this was due to the effect the coronavirus has had on the region.

The 1st East Asian Championships that was due to be held 27.02. – 01.03. in Seoul, Republic of Korea was postponed by the Organizing Committee, considering the various travel and health restrictions introduced in the area to prevent the spread of the coronavirus. A new date for the competition is yet unknown.

This announcement was made the day before the competition was set to take place, with the original dates listed as February 27th until March 3rd. This was to be a Silver level Qualification event for 2020 Tokyo Olympic Games. 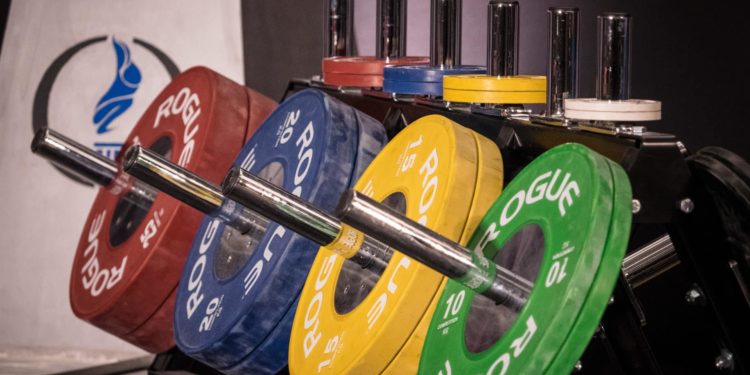 While this announcement says “postponed” and that a future date isn’t set, the IWF’s calendar explicitly describes the event as cancelled. No other events on the calendar have yet been affected, although it’s worth noting that no other IWF competitions are taking place around China — the nexus of the outbreak — until the FISU World University Championships in October.

Except, that is, for the Olympic Games in July.

Many athletes and sporting bodies have voiced concern about the possibility of the Olympics being canceled.

@ Coronavirus, please chill out a bit, we got an important even coming up this summer 😅

Yesterday, news broke that the International Olympic Committee’s Dick Pound stated that there’s no chance of the Olympics being moved to another date or another city: either they start on July 24 or they don’t start at all.

That said, Pound made it clear that nobody was preparing to cancel the Olympics.

“As far as we all know, you’re going to be in Tokyo. All indications are, at this stage, that it will be business as usual,” he said. “So keep focused on your sport and be sure that the IOC is not going to send you into a pandemic situation.”

If it gets to be something like the Spanish flu, at that level of lethality, then everybody’s got to take their medicine.

The Spanish flu pandemic broke out in 1918 and killed 50 million people worldwide. Right now, CNN reports that at least 2,800 people have died from the coronavirus, with the vast majority of deaths occurring in mainland China. Eighty-two thousand cases have been reported worldwide, and the disease has appeared on every continent except Antarctica.

So, the coronavirus is far from a Spanish flu-level problem and there are no indications the Olympics will be canceled. However, reports indicate the Olympic Committee may downsize the traditional torch relay in response to concerns.