Rogue Fitness announced that they are putting up $50,000 to any competitors who can deadlift 500.5kg or more at the upcoming Arnold Strongman Classic. This is a clear aim at Eddie Hall’s July 9th, 2016 Strongman Deadlift record of 500kg/1102lbs in Leeds, UK, and has sparked a lot of debate with fans. Even Eddie Hall himself dismissing the validity of a lift that hasn’t even happened yet.

So why the controversy? The bar being used is a special bar made by Rogue Fitness, exclusively for the Arnold Strongman Classic, coined The Elephant Bar.

Debuting at the Arnold in March in 2016, the Elephant Bar is longer than a traditional barbell and the plates used are 2” plates, which put the weights further out. Combining the extra length of the barbell and the extra width othe plates causes more deflection in the bar or bend. This means before all of the plates leave the ground, the bar will bend more, thus decreasing the range of motion the entire weight has to travel.

An example of this that you might be familiar with, is that time you used thicker bumper plates instead of iron and pulled a PR. If you are curious about the science check out this article.

So, with it being a custom bar that bends more and is potentially easier, should it count as the highest Strongman deadlift of all time if someone does manage to deadlift 500.5kg? I see a lot of people spouting all sorts of reasons why it shouldn’t online, and I am going to mention a few on why it should and will. You may not agree with me by the end of this, but you will be better informed.

There Is No Standard in Strongman

Traditionally, Strongman has never had a standard bar or plates to establish its deadlift records. In the past, the lift counts as long as the bar is from a standard height (9”). As set by Colin Bryce in an article from 2011 on Ironmind: “Strongman rules,” explained Bryce, “means that it’s a normal-height bar, but straps and hitching are allowed.”

The Elephant Bar debuted in 2016, and Eddie Hall won the event with a 465kg/1025lb deadlift which was announced on stage by Colin Bryce as a new world record, breaking Eddie’s previous record of 463kg/1023lbs.

The 500kg deadlift Eddie Hall hit was done on a deadlift bar which is also longer and bends more than a standard power bar. I haven’t been around long enough to know, but I really wonder if people made the same stink when the deadlift bar was made and seen as cheating back then. You could say the Elephant Bar is just more of an evolution of the deadlift bar. Also, Eddie used a deadlift suit, which for me personally adds 60lbs to my deadlift, and figure 8 straps, which allow you to hold the bar in your finger tips and can take off over an inch off the pull. Figure 8 straps and deadlift suits are not allowed at the Arnold classic on the Elephant Bar, so the competitors are at a disadvantage in that regard.

Eddie Hall Said “It Is a Hard Pull”

I spoke to Eddie Hall backstage in 2016 at the Arnold Classic in between bites of his peanut butter and honey sandwich. He told me he hated the bar and it was hard and vibrated in his hands as the bend made it oscillate, which made it difficult to lock out. I asked how much more he could pull on a regular deadlift bar, and he said “another 20-30kg” meaning it was harder for him. This is also quoted in the video above.

Eddie Hall’s deadlift 500kg record is recognized as a Guinness World Record, so it will be interesting if they do the same for the Elephant Bar record if it happens. For some, the Elephant Bar might be easier, but it really is a different type of pull you have to be a bit more patient at it and slow off the floor to allow the slack to all come out.

This technique is similar to how Brian Shaw and Hafthor Bjornsson deadlift, and it seems to be harder for certain lifters that are explosive off the ground like Hall. In the end, even if 501kg or more is lifted (whether it is as impressive as Hall’s 500kg or should count as an all time Strongman Deadlift Record) it shouldn’t diminish that it is an amazing feat of strength, and we are in a spoiled time as fans of the sport. In the next few days I will break down if 500.5kg is even possible, and if so who I feel has the best chance to do it. 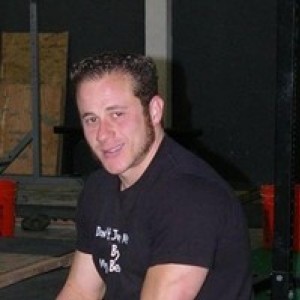 1 thought on “Should An Elephant Bar Deadlift Record Count?”