Dr. Fred Hatfield, one of the first men to squat over 1,000 pounds, passed away this weekend at seventy-four years old.

It’s hard to adequately summarize the life of a man who left such an indelible mark on strength sports, and indeed pushed the boundaries of human performance to unprecedented levels.

He is perhaps best known as the first man to squat 1,014 pounds (460 kilograms), which he did at age 45 at Gus Rethwisch’s 1987 Hawaii World Record Breaker’s Meet. He said of the lift:

I never really had any goals except for squatting the 1,000 pounds. There’s a fine line between passion and obsession, and I’m not an obsessive person. So once I got as far as I thought I could go without getting a lot heavier, which I didn’t want to do because I was eating about 10,000 calories a day, I took advantage of my success and I quit.”

There’s no video of the feat, but the photo of him completing the squat is perhaps the most famous ever taken of him.

“Dr. Squat” won two IPF World Powerlifting Championships titles, one in 1983 in the 100kg weight class and again in 1986 as a 110kg athlete, but prior to embarking on his powerlifting career he won national championships in gymnastics, the Mr. Mid-America and Mr. Atlantic Coast bodybuilding titles, and even tried out for the 1972 Olympic weightlifting team. His best lifts were his 1,014-pound squat, 523-pound bench press, 766-pound deadlift, 275-pound snatch, and 369-pound clean & jerk.

As an academic, he held a Bachelor’s, Master’s, and PhD in sports sciences and briefly studied at the Lenin Institute of Sport in Moscow. As a scientist, he was Co-founder and was President of the International Sports Sciences Association and developed a line of supplements for Vince McMahon’s World Bodybuilding Federation. As a coach, he trained athletes that included eight-time Mr. Olympia Lee Haney and four-time world heavyweight boxing champion Evander Holyfield. As a journalist, he wrote hundreds of articles and founded Men’s Fitness magazine (then known as Sports Fitness). As a Marine, he served with the Office of Naval Intelligence in the Philippines for several years. 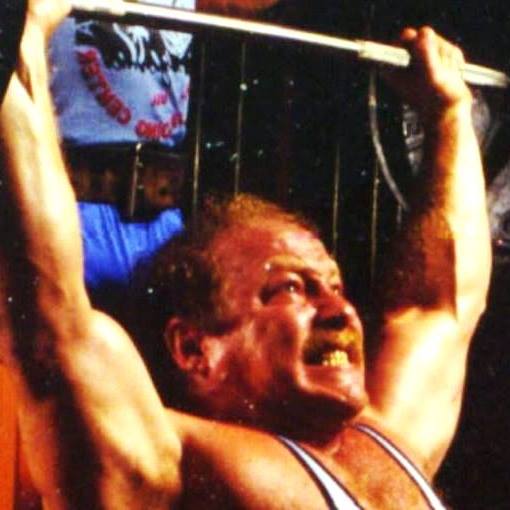 Dr. Hatfield stayed active in the strength community well into his later years, and until they were shut down following a redesign of his website, DrSquat.com had some excellent pre-Reddit forums for all things strength. You can still read them at this Webarchive link.

He was diagnosed with widespread metastatic cancer in his skeletal structure in 2012. Three separate doctors told him he had just three months to live, but he told CBN News that he used a ketogenic diet to slow the spread of the disease.

At the time of writing, Dr. Hatfield’s cause of death is not clear — a friend of his told BarBend that it appears to have been a freak accident.

A devout Christian, Dr. Hatfield studied the Bible extensively and used prayer to clear his mind and achieve a meditative state for his lifts. His impact on powerlifting, sports science, and strength itself will last forever.