Harbinger is a company known for supportive strength gear. Their equipment can be found in most gyms, regardless of the strength sport. Weightlifters, powerlifters, and even recreational gym goers have been known to use their equipment to support their strength goals. In addition, their equipment often comes in multiple styles to ensure everyone’s needs are matched (leather, cotton, nylon, etc).

We were excited when we received the Harbinger 4″ Padded Leather Belt. This belt is most similar to other Olympic weightlifting belt styles, and I was curious if it held up and felt the same as fully focused weightlifting branded belts.

To test this belt’s feeling and security I performed strength and power focused movements. These included the deadlift, front squat, power clean, and squat clean.

This belt has a similar make and construction to other weightlifting-focused belts. The material (leather) feels similar to other belts I’ve tried. I would describe its thickness as middle of the road for leather belts. It bends and flexes, but it felt stable and stiff at the same time. It wasn’t the stiffest leather belt I’ve tried, so low-bar squatters and elite powerlifters may sway towards a more rigid option.

One of my favorite tests for weightlifting belts is how they hold the torso in the bottom position of the front squat. I performed front squats with paused, holds at the bottom, then relaxed my torso as if I was about to miss a lift. A stable belt will help support an upright torso to an extent before totally collapsing (flexing forward). This belt, like many other weightlifting belts I’ve tried, performed well in keeping my tall torso position.

When I tried this belt with Olympic movements such as the power clean and squat clean, there was never an issue with mobility. I didn’t have to sacrifice stability in different postures due to a limiting belt. The front of the belt is made skinnier to accommodate for Olympic style lifts. I liked the double prong buckle, as it provided a little extra stability for my abdomen.

This belt had both comfortable and uncomfortable aspects. In terms of comfort, I liked the added pad on the back. It provided a little extra cushion when pulling the belt tight, and it hugged the back well. Some belts that lack the added pad, especially in weightlifting styled belts, may show issue with hugging the body perfectly. The inner portion of the leather was also softer than the external, which felt pretty comfortable when making contact with the body.

When it comes to uncomfortable aspects of this belt there were two that stood out. First, there was a little pinching on the front of the belt where the leather overlaps. Lifters who lift shirtless may find this as a turnoff. Second, since it’s a medium thickness, there was a little pressing in the ribs on the first few uses. Both of these are to be expected with newer leather belts. Once the belt began to get more worn in, I found both of these aspects began to fade each lift.

For the most part this is your standard leather belt. The leather feels like other belts I’ve tried with a tough external layer, and softer internal portion. I liked that there was a little give to the leather itself. It allowed the belt to hug my torso well, while allowing full mobility. The added pad also allowed the belt to have a little give on the posterior portion. The pad was 2-3 inches and was about a centimeter off the belt and enclosed the whole back portion. 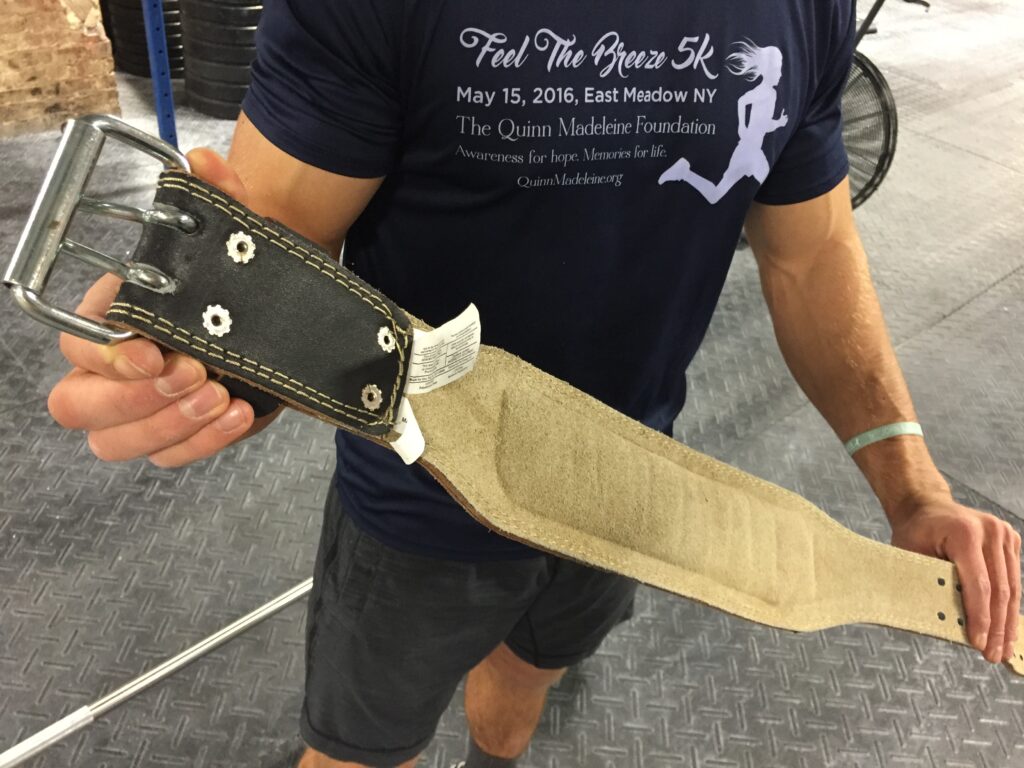 The inner layer feels like a leather/cloth combo that’s been brought down to provide comfort on the body. It wasn’t the softest material I’ve tried, but it’s important to remember that this belt is made to provide support during power movements and it’s leather. For someone who wants a softer belt, or a more forgiving material, they may want to look at other material options like nylon.

This belt felt durable from its first use, and it has a few key components that I really liked. The buckle is a stainless steel and the leather that encloses it feels thick and is overlapped. There are also four bolts that holds this overlapped leather tight, which gave the buckle a durable feeling that some belts lack. The buckle itself is a stainless steel double-prong, which complimented the extra leather overlap. A future potential issue I could see is the inner layer of leather becoming worn from excessive sweat and wear and tear.

This belt was on the lower end of costs for this style of belt starting at $21.99. Most leather belts with this style will be a little more expensive, so this could be a good option for the casual weightlifter. For someone who’s a little more serious with their weightlifting, then they may prefer a thicker, higher-end belt. For the price, I felt this belt was good for recreational lifters as well, even if they do other lifts than power-based movements.

The Harbinger 4″ Padded Weightlifting Belt was your standard leather belt that caters to multiple types of athletes. I liked the added pad for comfort and enjoyed how well it allowed the belt to hug my torso. This belt would be a great option for the casual weightlifter for the price. Although, serious athletes, especially weightlifters may prefer a higher-end belt. In addition, I did find a few comfort issues with the belt in regards to how it felt on bare skin.

In conclusion, this belt was a great leather weightlifting belt option for both the recreational lifter and even for someone who’s a little more serious. 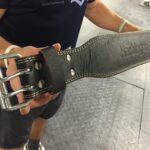