How to Individualize Your Snatch Grip Width

Grip width can play a pivotal role in the pulling strength, overhead stability, and performance in the snatch (as well as the clean and jerk). Many coaches and athletes have relied upon common methods to determine grip widths, however may have fallen short of truly customizing proper snatch grip width on an individual level. 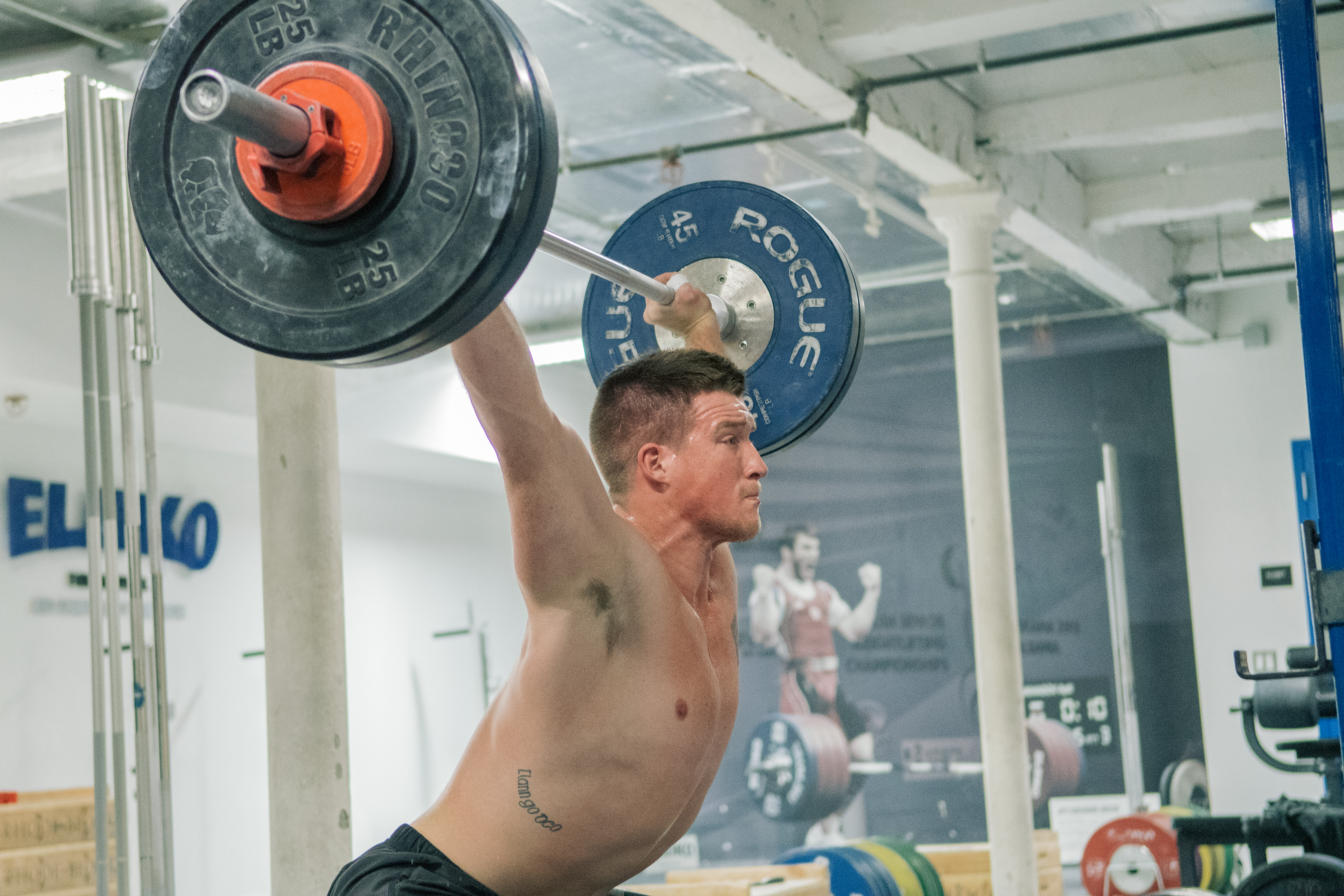 In this article, we will discuss and analyze:

Athletes may take wider grips for various reasons. Some because that is what is needed based upon limb lengths, and others, because of mobility limitations and comfort. Below are some common pros and cons of taking a wider grip.

As with wider grips, athletes may choose to take a more narrow grip due to injury (such as in the wrists), or due to anthropometrics. Here are some common pros and cons of narrower grips.

Below are two of the most common methods for determining a starting point for grip width in the snatch. In the first video, Chad Vaughn covers the basics and how to locate the top of the pubic bone, and use that as a reference for proper width. In the second video, Sean Waxman, of Waxman’s Gym, uses the power position as a great indicator of snatch grip width.

Start with any of the above common approaches, then access the below factors to individualize grip width on a per athlete basis.

Oleg is a very decorated lifter, with Silvers in the 2011-2013-2015 World Championships and was the 2013-2014 European Champion. Oleg has adopted a NARROW GRIP compared to his peers and similar-sized athletes. When asked about it, he said he adopted the narrow grip due to a wrist injury. He went on to say it is very uncharacteristic to miss snatches overhead, as he feels stronger in that position. When asked if he could go wider would he, he said he would, that way the bar could finish higher.

Widely decorated medalist (Bronze in European World Championships) and Honored Master of Sport in Weightlifting (a highly elite ranking), Lovchev, has adopted a grip nearly at the ends of the bar. Granted he is a large man, with long limbs, this grip is specific to his body and abilities.

Olympic champion and 3-Time World Champion Lu Xiaojun, has a pretty standard grip width, based upon the finishing location of the barbell at the end of the pull.

As you can see, there is not a CORRECT grip width to use 100% of the time, as all three have been demonstrated at elite levels. The take-away of this is that coaches and athletes should learn to analyze the pros and cons of both and make adjustments when needed on an individual basis.

Do What Feels Right, Then Tweak

At the end of the day, the lifter needs to feel confident and comfortable in the snatch. Grip width plays a large role in this. As a coach and/or fellow athlete, you need to take the time to discuss with the athlete if there are things that must be addressed, and progressively tweak certain aspects over time to acclimate a lifter to their new setup.

There will always be anomalies and special cases in weightlifting, therefore coaches and athletes should do their best to individualize grip width based upon the above factors rather than imitating what works for other people.