An Introduction to Programming for Strongman: A 12-Week Plan 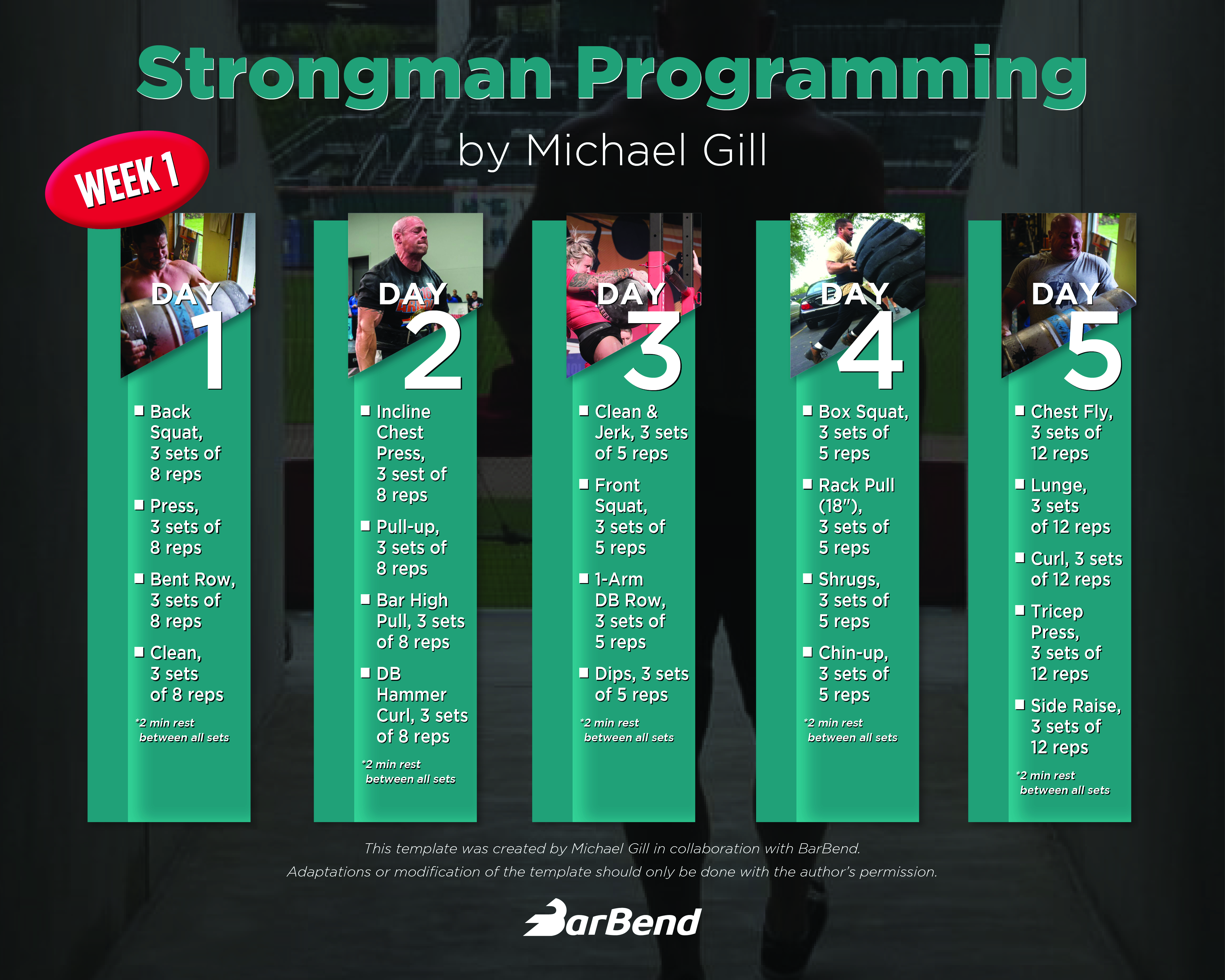 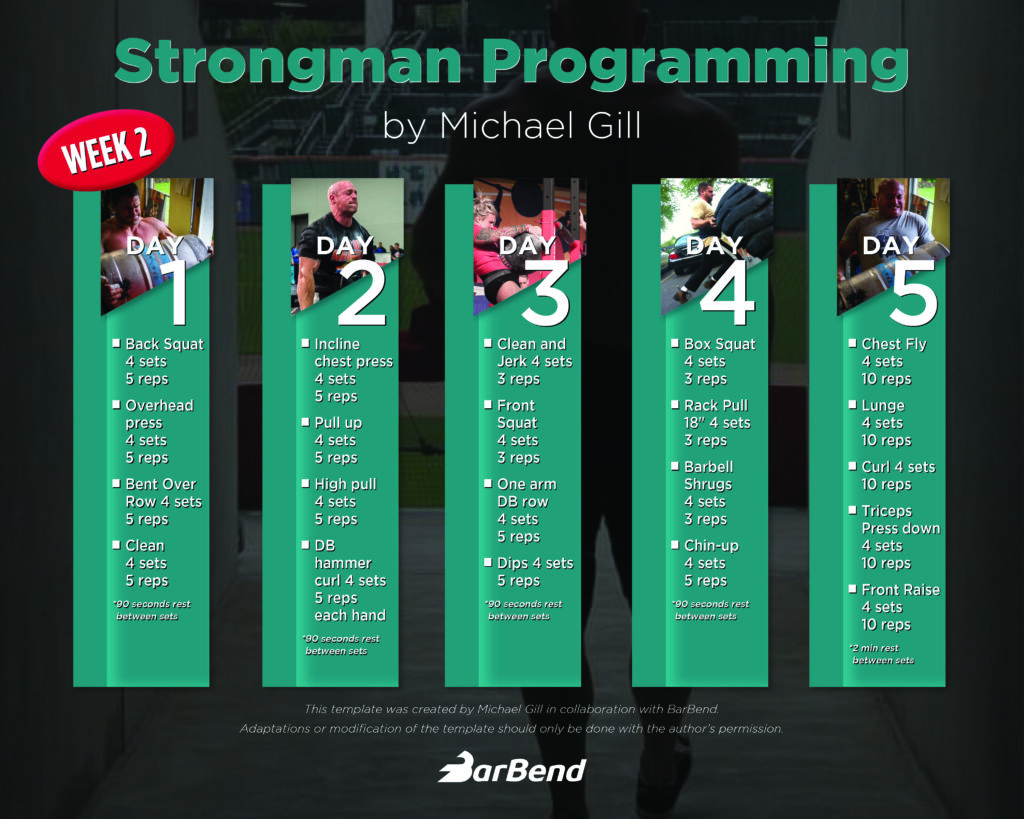 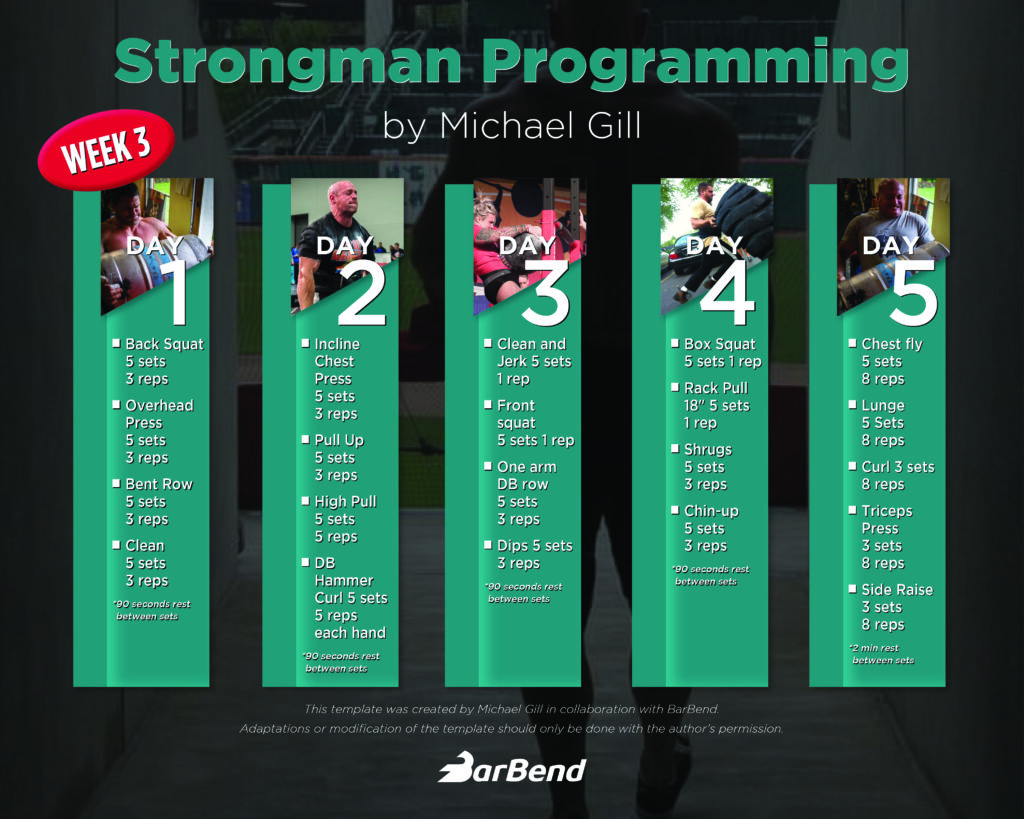 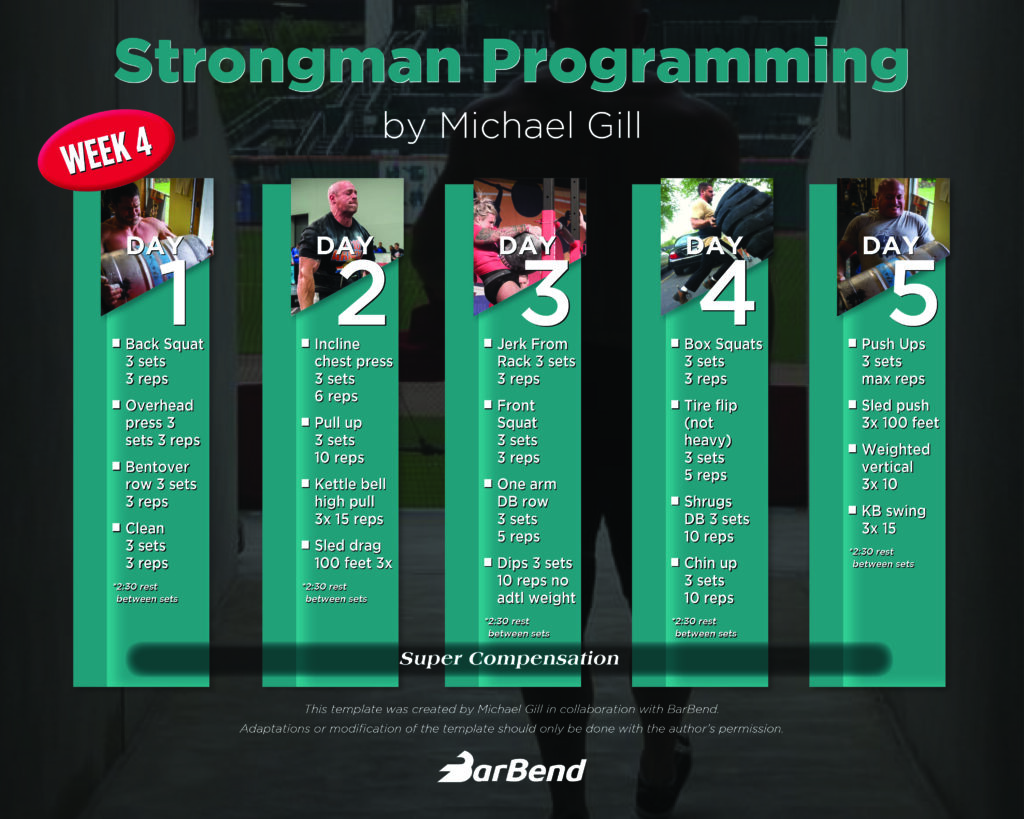 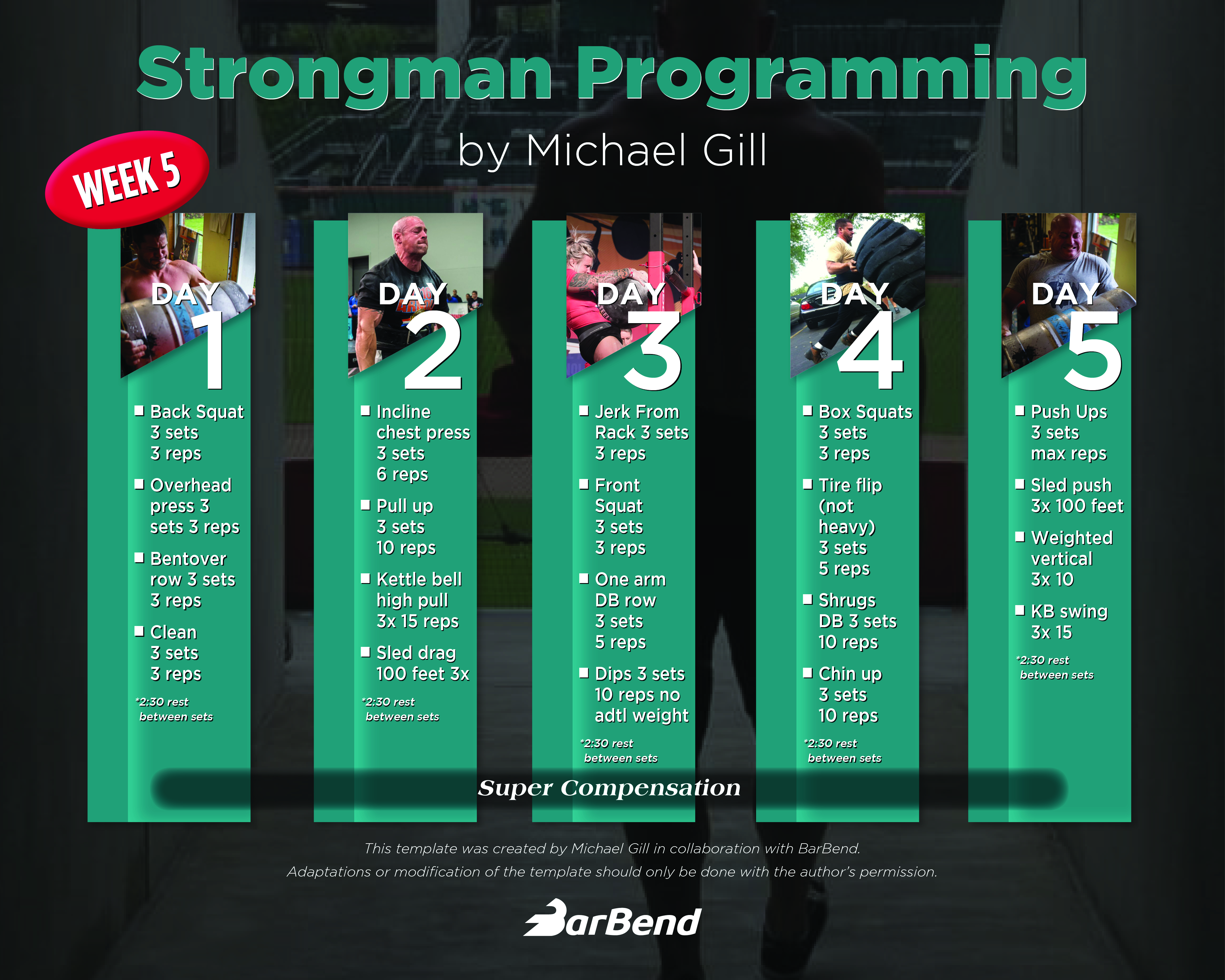 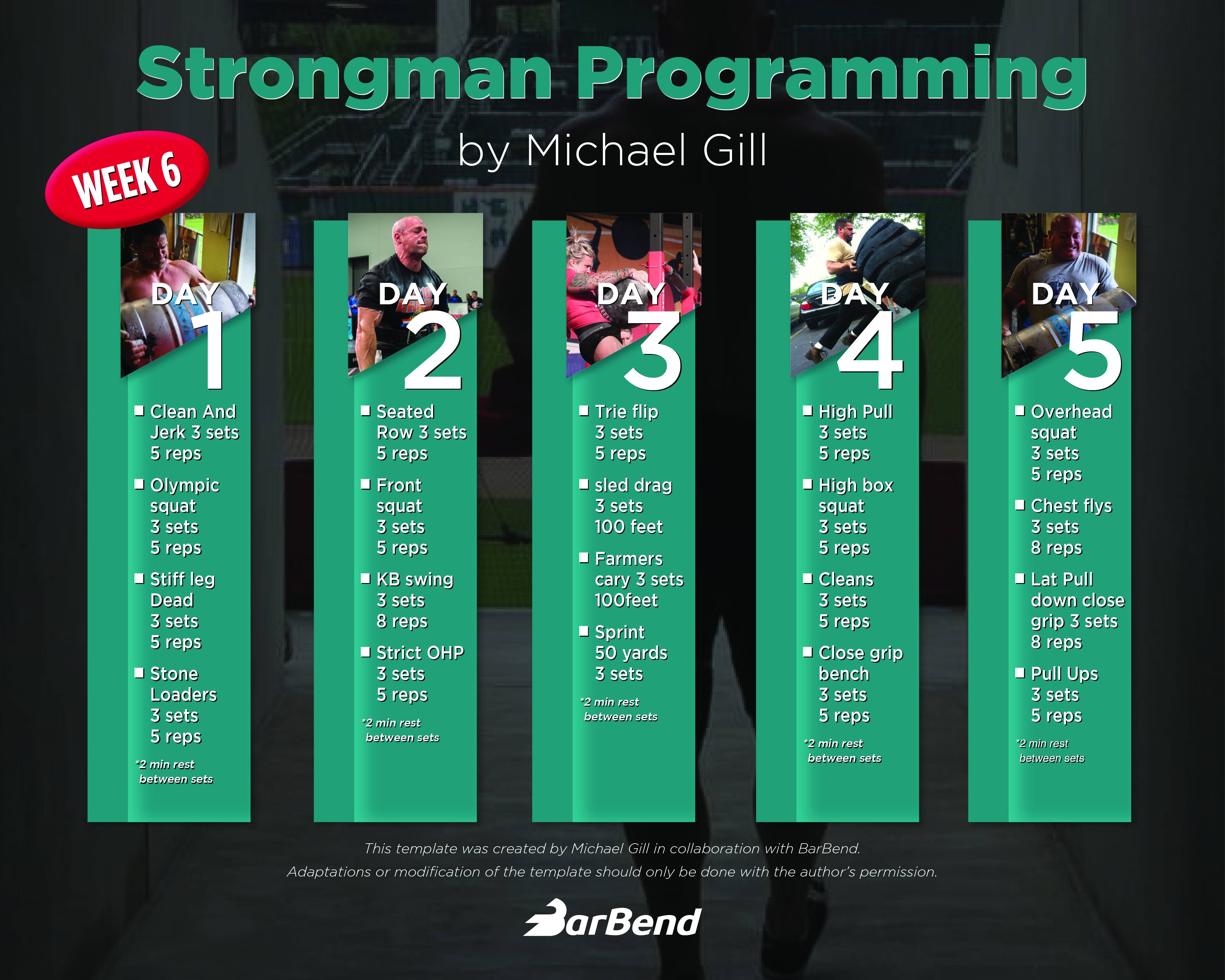 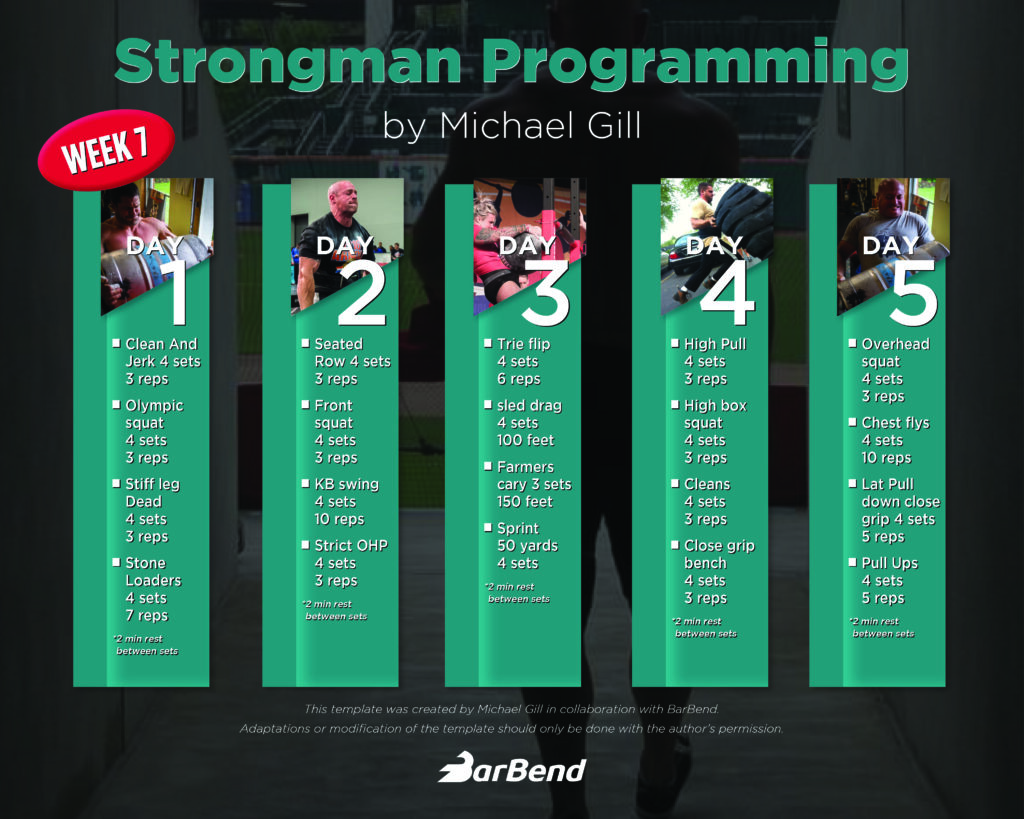 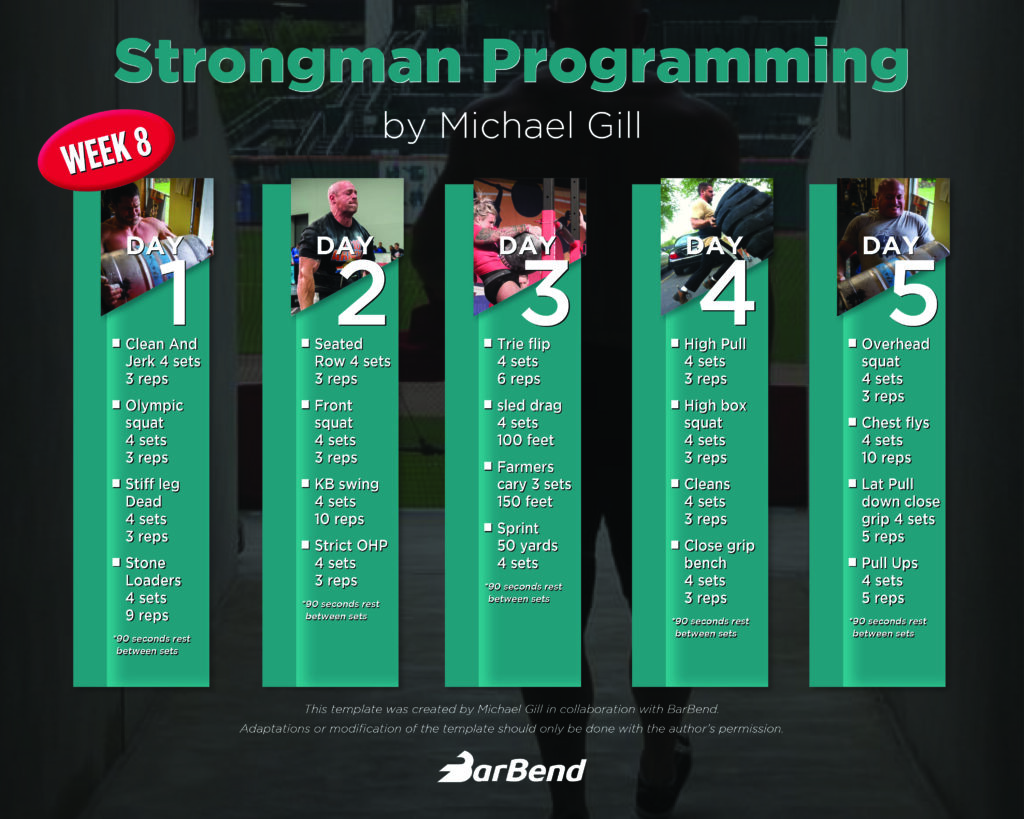 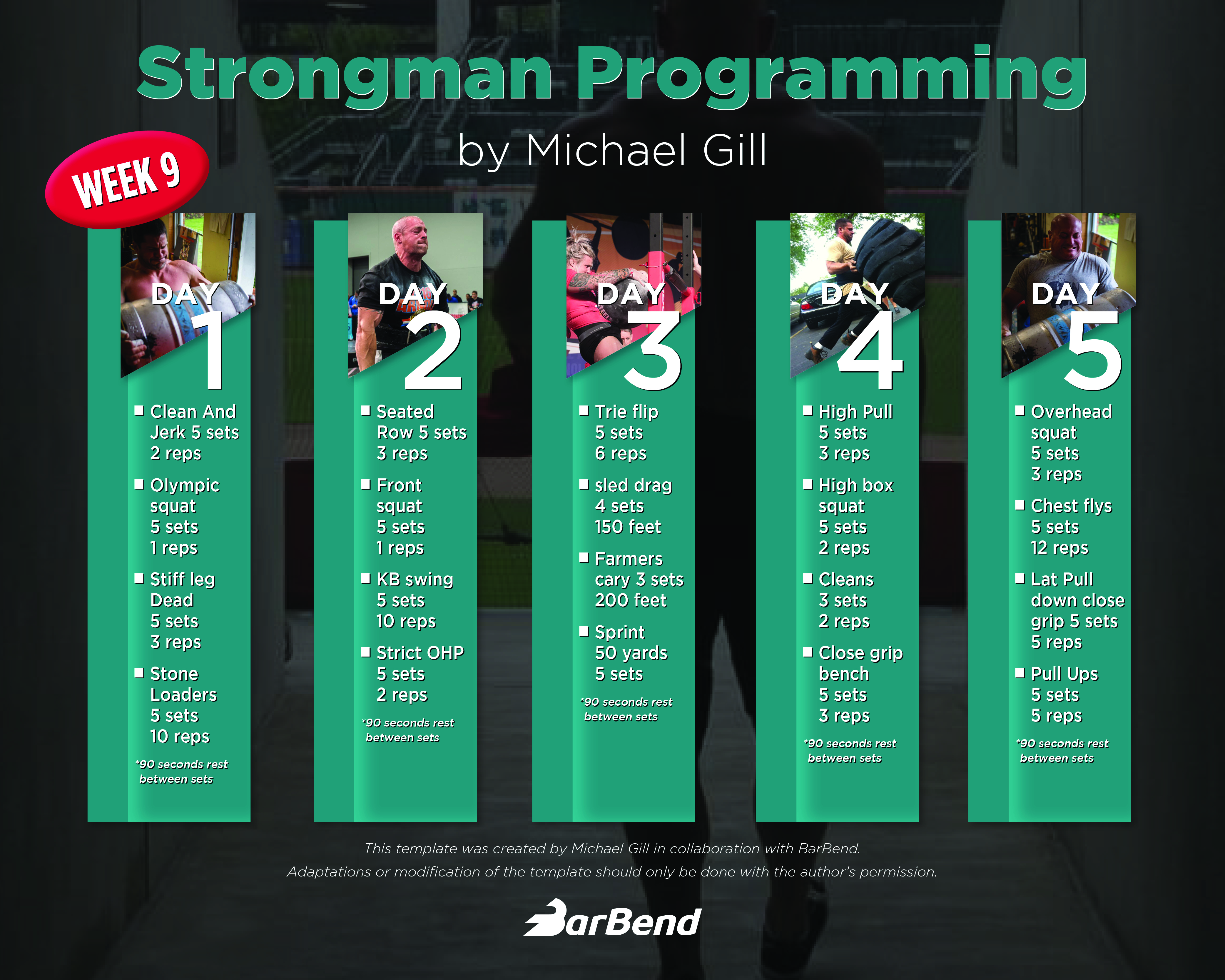 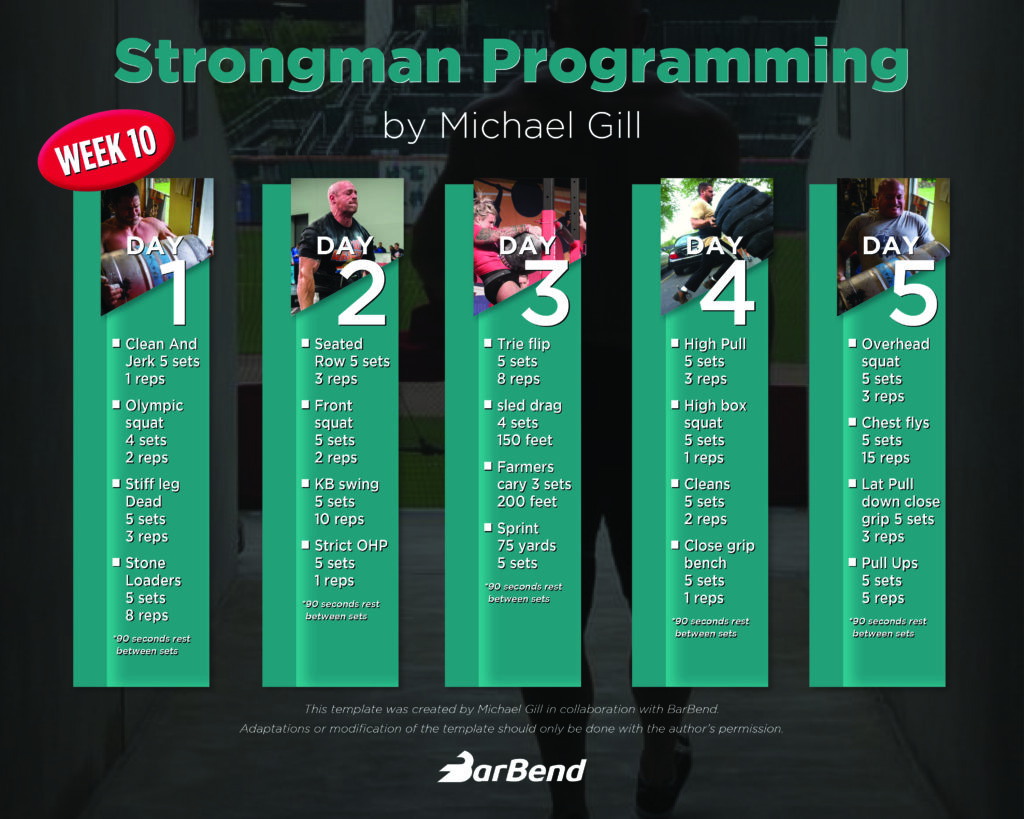 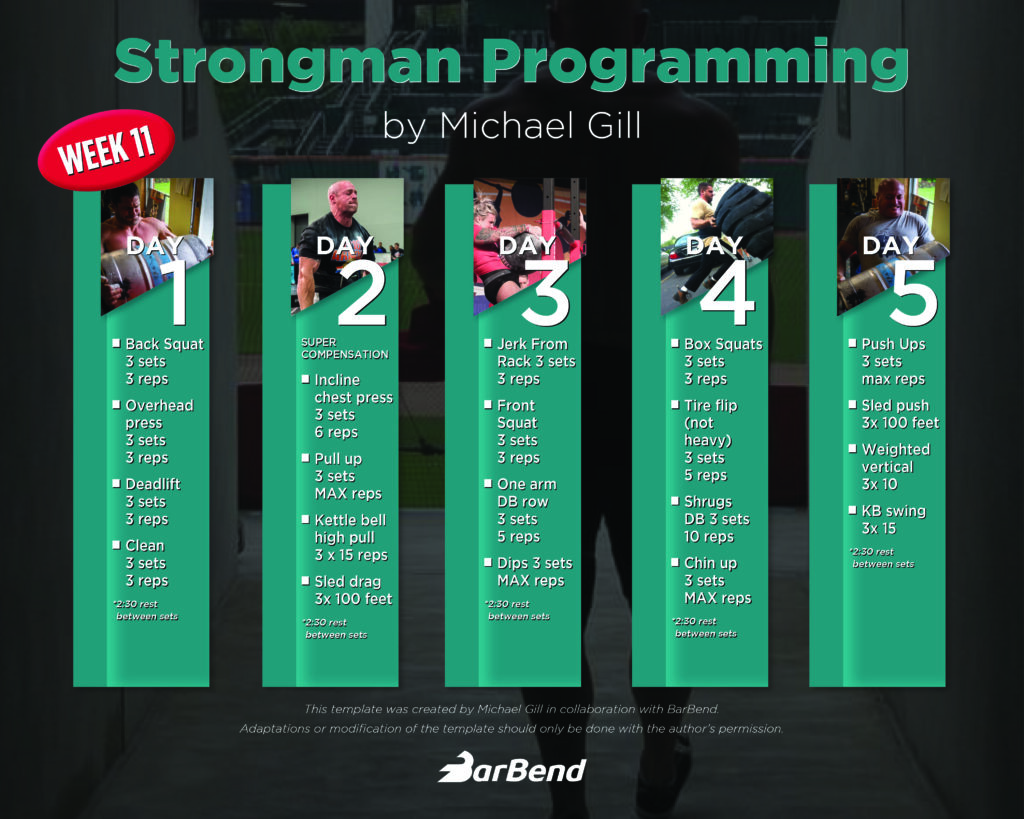 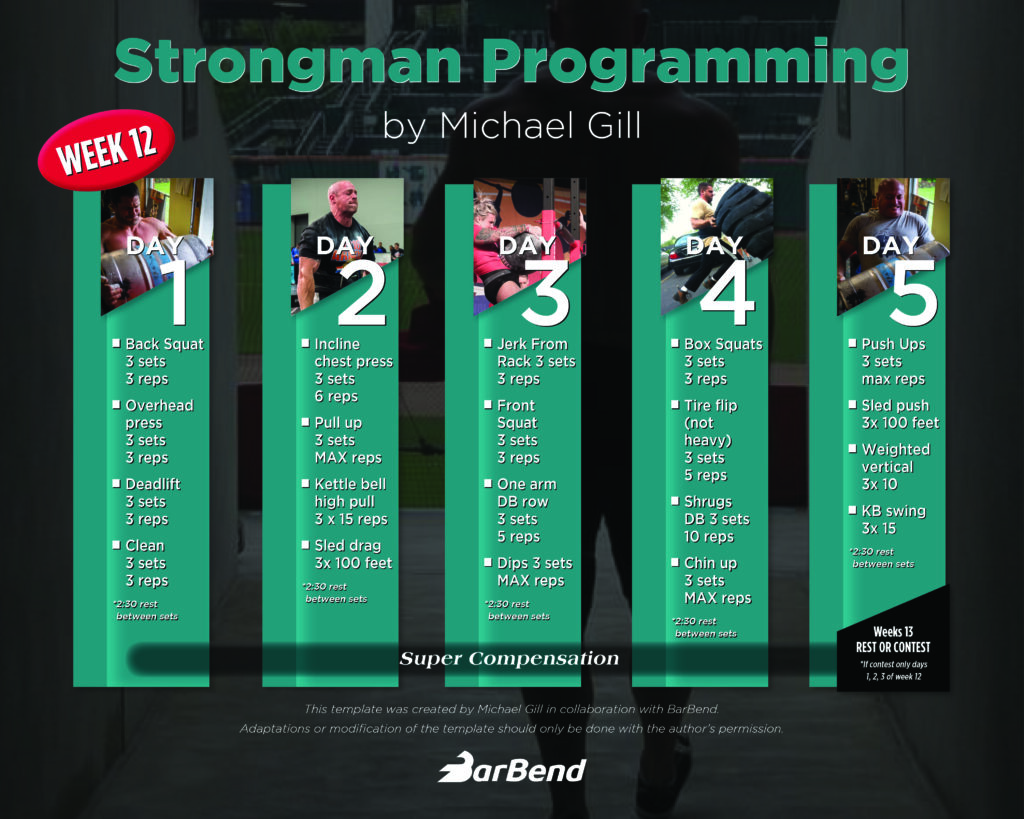 Notice: Program design is copyright Michael Gill. It may not be reprinted in whole or part without permission of the author. All program designs are original ideas by the author; author gives full credit to all strength coaches and authors he has read or worked with (especially the Bulgarians).

Weight training is in the blood of BarBend contributor Mike Gill. Learning how to lift as part of his conditioning for Jr. High School wrestling fueled a passion that has lasted now for 35 years. He has a background in all weight disciplines and has competed in Bodybuilding, Powerlifting and Weightlifting eventually finding his niche and turning professional in the sport of Strongman. Retired from competition, he now focuses on coaching and applying events from the most versatile weight discipline to other sports. His vast knowledge of Strongman has been highlighted in his work as a color commentator for live broadcasts of the Arnold World Championships, National Amateur Championships, World’s Strongest Man Over 40 and World’s Strongest Woman.Not limiting himself to just working with weights, Mike has used his decades of discipline to work as a life coach and speaker. Additionally he can often be seen in New York City as a stand up comic.He can be reached for coaching at Michaelgill100 [at] gmail.com, @prostrongman on Twitter, Snapchat, and Instagram, and on Facebook.