We tried Kaged Muscle's creatine hydrochloride, and these are our thoughts.

Creatine has hundreds of studies backing its effectiveness when it comes to athletic performance and body composition. Creatine can help increase your ability to improve power output in the gym, in turn, helping you get strong faster and build more muscle.

Kaged Muscle Creatine C-HCl is a creatine hydrochloride, which may absorb better than basic creatine monohydrate — plus, it only requires a 750mg dose to produce the same effects as five to 10 grams of monohydrate. Kaged makes all their products in a Good Manufacturing Practices-certified facility in Idaho, and they have an extensive line of supplements that includes citrulline, carnitine, and fat burners. Their pre-workout is one of our favorites, so we tried their creatine hydrochloride supplement. While the ingredients list is minimal, we still found Kaged Muscle Creatine C-HCl to be a high quality creatine product — especially because of its small dosage and lower price point for a creatine hydrochloride.

This is a tasty option for folks who are looking for creatine hydrochloride in either pill or powder form. It’s third-party tested for banned substances and competitively priced.

Though creatine hydrochloride has a reputation for being more expensive than creatine monohydrate, Kaged Muscle Creatine C-HCl comes at a pretty reasonable price — it’s only about 35 cents per gram. Plus, it has a tasty lemon-lime flavor, and is third-party tested for banned substances by Informed Choice. If you have tried creatine monohydrate before and ended up having digestive issues, this hydrochloride could be your solution.

Kaged Muscle sells two forms of this creatine supplement. One option is vegetable capsules, each of which contains a single serving of the supplement (750mg of creatine hydrochloride) with 75 caps per bottle for $19.99. The supplement is also available in two powdered forms, an Unflavored and a Lemon Lime option — both of these sell in a 75-serving tub for $19.99. Subscribing for a repeating shipment can save you two dollars per order. But even alone, this product is mid-range when it comes to the cost of creatine hydrochloride.

The patented formula used in Kaged Muscle Creatine HCl is simple. The supplement consists of creatine hydrochloride (HCl lowers the pH of the creatine, thereby making it more soluble and potentially quicker to absorb by cells in your body), and in the lemon lime option, it also contains stevia, sucralose, and natural flavoring for taste.

Creatine HCl is also (likely) easier on the stomach. Some people experience cramps when they take a teaspoon of your standard creatine monohydrate, and HCl may relieve that issue for certain people.

There’s also a theory that creatine HCl absorbs more easily in the stomach, therefore we need less of it to achieve the same results. That’s why creatine HCl typically comes in scoops of 750mg, while regular creatine monohydrate is recommended in doses of five to 10 grams.

The other ingredients (specifically in the Lemon Lime flavor) are natural flavors, stevia, and sucralose, an artificial sweetener that’s also called Splenda®. Note that there are sulfites in this product — under 10 parts per million — but this may be an issue for people with very sensitive allergies.

If you opt for the vegetable caps, you’ll also find vegetable cellulose as it is used to make the outer capsule.

What To Consider Before Buying Kaged Muscle Creatine C-HCl

Kaged Muscle’s Creatine C-HCl is a more expensive option than many creatine monohydrates, but for creatine hydrochloride, it’s reasonably priced. Since hydrochloride may be quicker to absorb into muscle cells and unlikely to bother you intestinally, dishing out a little more money may be worth it for anyone committed to making creatine a consistent part of their muscle building and overall fitness routine.

Each serving of Kaged Muscles Creatine C-HCl delivers 750 milligrams of creatine hydrochloride. While this number is lower than the five- or 10-gram doses of creatine monohydrate you may see with other products, it can be equally as effective. When deciding which type of supplement to go with, your biggest consideration should be how sensitive your stomach is to creatine monohydrate.

You can pick up 75 servings of 750mg each for $20, though it’s worth noting that most people will be taking two scoops (or vegetable caps, depending on which form of the product you buy) — it recommends 1 to 2 scoops per 100 pounds of bodyweight. That comes to 26 cents per serving or 34.6 cents per gram of creatine.

We tried the Lemon Lime flavor and it was great — it tasted like old-fashioned lemonade. The mixture of natural and artificial sweeteners really did the trick. It also comes in an Unflavored blend or vegetable caps, but if you’re looking for flavor variety, this product doesn’t have much. You’ll need to be okay with Lemon-Lime or Unflavored if you want to opt for this powdered product.

With this particular creatine hydrochloride product, there may be less of a chance of bloating and stomach pain. But overall, you may pay a little more than you would for a creatine monohydrate. There’s not a ton of evidence for the superiority of creatine hydrochloride, but if that’s the product you want, there’s an unusual degree of quality control behind C-HCl. It’s third party tested, made in a GMP facility, and is relatively well-priced for a hydrochloride. Plus, we thoroughly enjoyed the Lemon Lime flavor here in the BarBend office.

Myriad studies have found creatine to be safe and effective, with the only established negative side effects being stomach and intestinal discomfort. And this particular creatine comes in a hydrochloride form, which may help eliminate that.

Is creatine HCl more effective than other options?

There is no evidence to support that hydrochloride works better than monohydrate. The only proven perk to creatine hydrochloride is that it may be easier on the stomach.

Hydrochloride is an acid salt, which may lower the pH level of the creatine, making it more soluble in water and potentially more easily absorbed by your muscles. 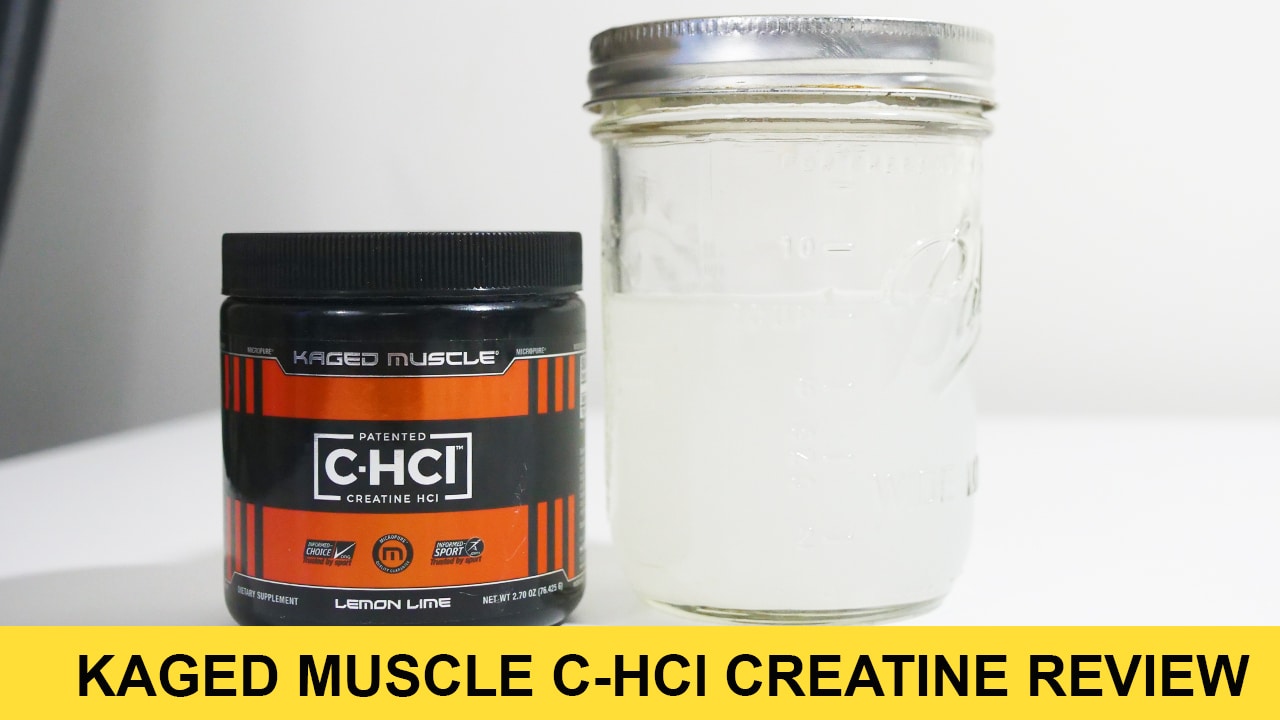