Learn how to sell a relationship, not a hard workout.

When I first started coaching in 2009, I thought it was my job to convince the prospect that we would provide them with the most effective training program they had ever followed, so they would get as fit as they have ever been.

In other words, I thought I was supposed to sell them on the hard workouts they would be doing.

I remember rambling about what a genius Greg Glassman was, about the 10 general physical skills, and how doing constantly varied, functional movements would change their lives.

A decade later, I know this isn’t the approach that will keep clients around for 5, 10, even 15-plus years.

What keeps them around is simple:

Having an open, honest, trusting relationship with a knowledgeable coach who is helping provide a solution to their problem.

In my decade coaching I have learned this: 90 percent of my clientele doesn’t care about the 10 general physical skills. They care about finding a solution to their problem so they can live a happier, healthier life. 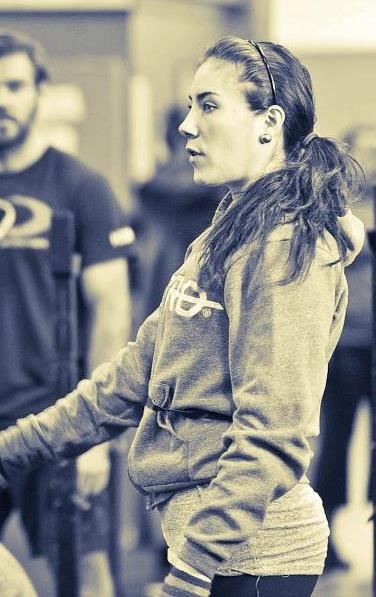 Of course, a solution to their problem—at least in part—involves gaining newfound health and fitness, so I’m not saying appropriate programming and workouts are not important. I’m simply suggesting it shouldn’t be your starting point if you’re looking to bring in and retain clients for the long-term.

Two anecdotal stories of clients to provide some context:

The Story of Nadine

About 8 years ago, a young woman named Nadine (her real name has been withheld for privacy reasons) came through the doors at my gym, MadLab School of Fitness in Vancouver, B.C. I proceeded to give her my whole patented speech about Greg Glassman and constantly varied, functional movements, and how she would get more fit than she ever thought was possible if she trained with us. Blah blah blah.

She signed up and started training with me, went through personal training and then joined group classes. The moment she joined group classes, however, she started to fall off the horse. Her commitment declined. I reached out a few times, but after a couple short months she told me she was going to “take a break” and do yoga classes for a while.

To be honest, I didn’t really care. She was a high maintenance client, as she was a bit of a slow learner and I didn’t always have the patience to spend the extra time with her that she obviously required.

So she quit and I felt a certain amount of relief.

Five years went by, and to my surprise, Nadine re-surfaced.

At this point, I had changed my approach. I told Nadine to come in for a chat. I told her we had obviously failed her the first time around, so we were just going to sit down and come up with a plan of attack so the same thing wouldn’t happen again. She sounded almost relieved that she wouldn’t have to workout on her first day.

A couple days later, I met Nadine at a coffee shop to chat.

This time, I didn’t have a speech for her about the effective workouts she would do. In fact, I barely spoke at all, except to ask her questions.

After some prodding and awkwardly sitting in silence waiting for her answers, she finally started to open up.

Turns out, Nadine had a learning disability, where she had trouble processing information, especially verbal instructions. Although I could always sense she struggled to pick up new movements, I had always just assumed she just wasn’t paying attention, as she was a smart, educated woman with a successful career.

We spoke for an hour. She teared up a number of times as she opened up about something she was incredibly embarrassed about.

By the end of the hour, I knew I would actually be able to help Nadine this time. I also knew I was going to have way more patience for her this time, as well.

None of this would be possible without taking the time to forge a one-on-one connection with her and to give her the opportunity to be vulnerable and open up about her real problem.

As a result, Nadine’s second experience has been completely different. We have effective rapport between us, she feels more comfortable at the gym, and I finally feel like I’m making a difference in her life.

The Story of Karen

Karen (again, real name withheld) came in looking terrified. In fact, the only reason she agreed to come in in the first place is because I told her we were just going to sit in a quiet place at the gym and talk.

Like Nadine, Karen, a woman in her late 50s, took awhile to open up, but eventually she told me the real reason she reached out to us. She was a new grandmother, but had been banned by her daughter from babysitting her grandchild alone, as her daughter wasn’t confident in Karen’t physical abilities and fitness level to be able to keep up with a toddler.

This devastated Karen, who broke down multiple times during our chat.

At the end of the chat, Karen signed up for 10 personal training sessions. After a year, she had lost 40 lb. and was packing her granddaughter up the stairs.

For every Nadine and Karen, there are countless other potential clients with similar types of emotional pain, pain that needs to be addressed in order to truly help them find a solution to their problem and help them get fit.

Learning how to uncover this pain can be challenging, so here are my 5 best tips to mastering this:

I can say with certainty that I wouldn’t have gotten anywhere with either Nadine or Karen had I put them through a workout on their first day. And I certainly wouldn’t have even gotten them through the doors, let alone had a chance to connect with them, had I thrown them into a group workout on Day 1.

Thus, Day 1 should be all about talking to uncover the person’s pain. Nothing more, nothing less. Sit down and talk and see if you connect with them and if you have a possible solution to their problem.

If you find yourself talking more than the prospect, you’re probably not going to uncover their truth. Ask questions, even the uncomfortable ones. In other words, don’t be afraid to address the elephant in the room: It’s usually where the pain comes from.

3. Be OK with silence

As I mentioned with Nadine, we sat in silence for a while as I waited for her to reply.

While your instinct might be to abort and ask a new question—as silence can be awkward and uncomfortable—try to ignore that voice in your head that’s telling you to speak and embrace the silence.

If the person is clearly struggling to give you anything real—“I just want to lose weight and get fit” is not their real reason—consider sharing a personal anecdote. Try to keep it brief, but sometimes when the prospect sees that you, too, have had issues to work through, it’s often the push they need to share what scares them.

5. Continue to build the relationship

If you decide you’re a match and the person wants to sign up and train with you, it makes no sense to throw them right into a group class.

All Day 1 did was lay the foundation and establish some trust. Now it’s time to continue to get to know them, and this can really only be done in a one-on-one setting. There’s a reason a first date normally involves just two people.

As the cliche goes, relationships take work. Coach-client ones are no different.

There are various ways to skin the cat here, of course: personal training, individual program design with monthly lifestyle consults, weekly meetings to check in and chat—really any type of environment that will allow you to build a one-on-one relationship with this person.

Only when there’s a real, authentic relationship—which takes time to build—is there an opportunity to help your clients with what they’re really after. And it’s usually not just a hard workout.