Macro Counting Might Bring Results, But At What Cost?

Diligently tracking carbohydrates, protein and fat works to make body composition changes, but is it the healthiest thing for the mind?

To say my client Trish has had success counting her macros is a huge understatement. Since January, 2019, she has lost 50 pounds, looks and feels incredible, and a recent body composition analysis showed her she’s healthy as can be.

She is my prized pupil, and I have been bragging about her for a year-and-a-half.

But the other day, we met up and it became apparent that something isn’t right.

“I think about food all the time. I’m never full, so I’m always thinking about what I get to eat next,” she said.

On top of that, because he is so strict all the time with exact measurements, sometimes it’s just too much for her to bear and she’ll go on a two-hour binge session, where she eats everything in sight. She also revealed that her binges are almost an out-of-body experience, where she isn’t able to control any of her thoughts or emotions.

Hearing this, I suggested maybe she take a week off macro-counting to eat whatever she wants, all the while trying to pay attention to her hunger signals. My suggestion made her white as a ghost and nauseous looking, as if I had suggested that she should shave her head for fun.

So I tried a different approach: I asked her if she was happy with where she was physically.

“Almost. I think I have another five pounds to go,” she said.

Interestingly, when she first started counting her macros, her goal was to lose 25 pounds. Then 30. Then she realized she wanted to lose another 10 pounds. And now, here she is, down 50-plus pounds, and is still not satisfied with her progress.

Rationally, she knows she’s on a never ending hamster wheel, chasing something she’ll never be able to catch, but emotionally she’s stuck, like that broken hearted person after a break up who doesn’t even want to get over their ex.

Bottom line: Counting macros brings results, and quick ones for most people, but at what cost?

At the same time, I have been going through the Precision Nutrition coaching course. As cliche as these buzzwords have become, I’m more and more sold on their concepts like intuitive eating.

1. Adopt an Inclusive versus Exclusive Approach to Eating

Many diets focus on what you shouldn’t be eating. But what if we took an inclusive versus exclusive approach to diet. I particularly like Optimize Me Nutrition’s 800 gram challenge, the task being to get 800 grams of fruits and vegetables into your body each day, which the average person doesn’t do. The hope here is that you’ll be less likely to overeat in less nutrient dense foods, as you’re consuming so many fruits and vegetables. At the same time, that feeling that you’re dieting disappears, as you’re focusing on eating more, not less.

This is a Precision Nutrition concept. The idea is to pay attention to your hunger and fullness signals and eat what your body is telling you to eat, as opposed to a restricted amount. The problem is so many people have lost touch of their hunger signals that they can’t tell when they’re 80 percent full.

3. Think of Failure as Feedback

It’s easy to get discouraged when you fail. But failure is where growth happens. As Registered Dietician Jennifer Broxterman eloquently put, “Failure is just data points like a scientist figuring out what works and what doesn’t, and it helps teach you where you need more help or support,” Broxterman said. “Instead of being discouraged…look at failure with curiosity, self-compassion, kindness and radical honesty. And then move forward.” 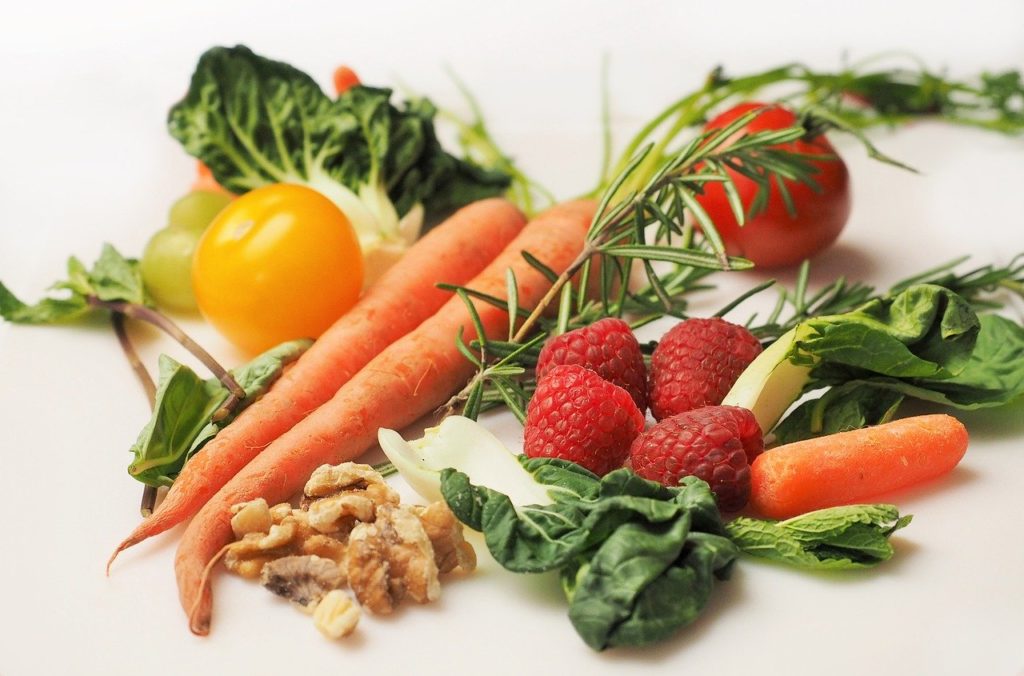 4. Make it Easier to Succeed

A nutrition coach once told me about a client of hers who would always stop for fast food on the way home from work because she would drive right by the Wendy’s. What helped her a lot was driving a different way home from work, so she couldn’t be tempted. If you start paying attention to when and why you’re failing, and listen to the feedback, then you can start to make small changes that make it easier to succeed, which can be as simple as driving down another road.

Though we all want quick success, we also want long-term success. A small step, habit-based approach to change makes way more sense in terms of it being sustainable. I like the one small habit change each month. It could be something like ensuring you eat vegetables or protein with each meal, or drinking water when you wake up in the morning so you’re not so hungry right away, or preparing lunches for the week. Take on just one new action until it becomes a habit you don’t need to think about, and then build upon this the next month.