Why Olympic Weightlifting Will Make You a Better Sprinter

As an athlete, life is easier when you are fast. In many sports, sprinting speed is one of the predominate physical characteristics that differentiates an athlete’s level of playing ability(1)(7).

Sprint training is often riddled with gimmicky drills. Coaches and athletes are always desperate to learn any new trick that can help them slash their sprint times. Becoming a better sprinter does not need to be complicated, and there are definitely no tricks to getting fast. If you can possess the flexibility to move well without restriction, and you train to put more force into the ground at a faster rate, you’ll be able to run faster.

Sprinting is obviously paramount to enhancing sprinting performance, but off the track, Olympic weightlifting movements can be an athlete’s next best tool to enhance sprinting speed.

To sprint fast, it is necessary to run with efficient form and produce huge ground contact forces with every foot strike(6). Many coaches and biomechanists debate what is the most idealistic model of sprint form, but at the foundational level there is an agreement on a few attributes that every good sprinter needs.

An athlete must possess adequate unrestricted range of motion at the ankle, knee, and hip. If any flexibility restriction exists, there is an increased risk that there will be unfavorable deviations in lower limb running mechanics that can affect stride length, stride frequency, and posture. The world’s best sprint coaching instruction cannot overcome an athlete’s inability to move their limbs at the angles necessary for efficient force application and recovery.

A strong core is necessary to maintain a running posture that keeps the pelvis in a relatively neutral position throughout a sprint. At the same time, the core needs to maximize hip flexion and extension while adequately stabilizing the weight and rotational forces acting upon the runner’s torso. The hip flexors play a role in the speedy recovery of the stance leg following foot strike, and the knee extensors must be eccentrically strong to maintain optimal vertical stiffness at top speed.

The hip extensors (glutes, hamstrings, and adductor magnus) have the greatest role in running speed. These muscle groups provide the propulsion to drive the runner forward, and their proportional contribution relative to other lower body musculature increases with increasing running speed. This means that during a sprint when faster speeds are reached, the hip extensors burden to propel a runner forward greatly increases.

Sprint Specificity of the Olympic Lifts

Olympic weightlifting is an awesome complement to sprint training because it will enhance all the requisite attributes to run faster.

Performing weightlifting movements such as a full snatch or overhead squat will build flexibility in the ankles, knees, hips, and shoulders(3). Motion around these joints play a critical role in executing an optimal running gait. An overhead squat has often been espoused as the king of all mobility exercises, and all sprinters should reap the benefit of this exercise for the maintenance of optimal motion.

[Learn more: Your ankle, knee, and hip mobility checklist for the overhead squat.]

The specific type of core strength needed for sprinting is often referred to as bracing strength. A sprinter’s core must remain neutral and stiff to absorb and transfer ground contact forces that can exceed 4x bodyweight at maximal running speed.

Improved hip extension power is the most sought after benefit of the Olympic weightlifting movements in sports performance(5). While there are many popular and effective exercises that improve hip extension strength such as deadlifts, Romanian deadlifts, and good mornings; these strength training exercises lack the velocity specificity necessary for optimal transfer to improved running speed. When sprinting, force application to the ground occurs in less than 150 milliseconds. This is not enough time to generate maximal force, the specific strength being developed when strength training.

The second pull of the clean or snatch, or jerk drive are hip extension movements that occur at much higher velocities that better transfer to improved sprinting performance. Not only is there great specificity in hip extension velocity when using Olympic weightlifting movements, there is also better joint angle specificity. When sprinting, forces are applied to the ground when the leg is relatively straight and hip nearly fully extended. The range of motion where the highest velocities and power outputs are produced in Olympic weightlifting movements occur at the conclusion of the second pull in the clean or snatch and jerk drive, where the leg is also nearly straight and hip nearly fully extended(2).

If enhanced sprinting speed is the primary goal of an athlete, sprinting must always be the cornerstone of the training program making all other modes of exercise secondary. Olympic weightlifting movements should be the top choice for a secondary component of a sprint training program as they address many of the factors affecting sprinting performance.

When programmed appropriately, Olympic weightlifting movements are prescribed at high intensities and low training volumes. This is a suitable prescription to optimize power outputs and movement velocities, while also producing minimal fatigue and muscular soreness. Speed and power characteristics degrade in a fatigued state, so speed can only be expressed on the track when an athlete has fresh legs.

#FlashBackFriday to my Bahamas trip last month and it being warm enough to lift outside! I hope that groundhog is wrong about more winter weather! #GroundhogDay #WinterTime #Weightlifting #reebokathletesummit #PowerYourLegacy #OutsideLifts #Reebok

Power variations of the clean and snatch, where a lifter receives the barbell in a partial squat position, are desirable exercise variations since they may help to develop the eccentric strength with the knee and hip in extended angles upon receipt of the barbell. Eccentric strength at the knee and hip at extended leg angles can help to maintain vertical stiffness at maximal running speed.

Additionally, power cleans and snatches can be started from a mid-thigh position (hang or from blocks) for joint angle specificity. From a mid-thigh start position, the knees and hips start in a nearly extended position where force application is most necessary in sprinting. This will also further reduce the fatigue of Olympic lifting by eliminating the extra work of the 1st pull in the movements.

[Looking for a program? Read more from the author: How to incorporate Olympic weightlifting into your athletic training here.]

Getting faster can be a tough battle, but Olympic weightlifting movements can help you win the fight. They possess many of the specific qualities necessary for enhanced sprinting speed, and they can be executed without producing a lot of undue fatigue that can set you back on the running track. If they are not currently included in your speed training program, the Olympics lifts can be the missing link needed to sprint faster and separate yourself from the competition. 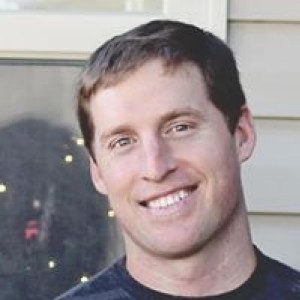 Jason Hartman, MS, CSCS currently operates RemoteStrengthCoach.com, a leading remote-coaching service for elite athletes and aspiring exercise enthusiasts. Additionally, he has been serving as a strength and conditioning coach for a Special Ops military unit since 2010. His work with the military has afforded him a position on the editorial review board for the NSCA's Tactical Strength and Conditioning Report. Prior to his work with the military, Hartman worked for the US Olympic Committee as a strength and conditioning coordinator.Hartman earned a Master of Science degree in Kinesiology and Human Movement Science from Georgia Southern University and the University of Memphis, respectively.