Is There a Post-Workout Anabolic Window?

“Protein in an hour,

No gains are made.”

This might as well be carved in stone at the exit of every gym in the world. The race to gulp down a protein shake within one hour of training is a worldwide phenomenon. I’m willing to bet that you, and everybody you train with, pound a protein shake as soon as you’re done lifting heavy things.

Have you ever questioned whether it makes a real difference in your strength and size?

The concept of nutrient timing has been around for ages, but it was largely popularized in 2004 by Dr. Robert Portman & John Ivy in their book, “Nutrient Timing: The Future of Sports Nutrition”.

In case you’ve been living under a rock in the 21st century, nutrient timing is the art and science of eating the correct quantity of protein, carb, and fat at the right time before, during and after your training.

The main goals of nutrient timing, are to:

The authors of Nutrient Timing deemed the immediate post-workout period the “anabolic phase”. The book cited numerous studies showing that, by consuming the correct quantities of protein and carbohydrate immediately post-workout, an athlete could significantly improve strength, size, performance, and recovery. The studies also showed that delaying nutrient intake could have adverse effects. 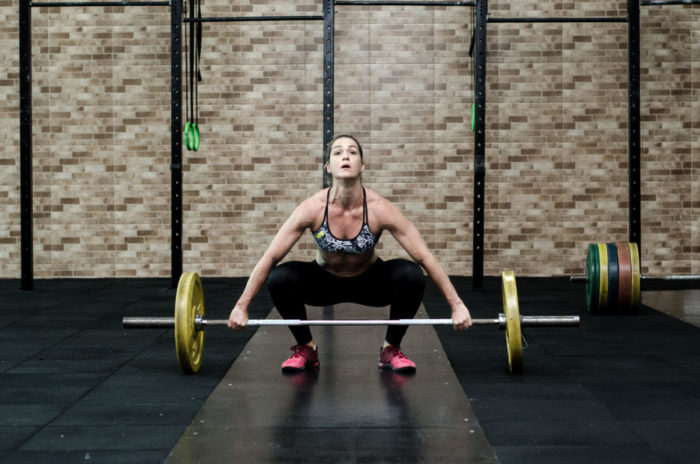 The Problem With Nutrient Timing Research

The problem that we run into with nutrient timing research is that much of it is done using endurance athletes performing power tests on recumbent bikes. Functional fitness athletes move large loads, fast. So it is important to only consider research that looks at nutrient timing for study participants who are following a resistance training protocol.

With that said, let’s take a look at what research can tell us about the one-hour anabolic window of gains.

Is There A Post-Workout Anabolic Window?

Some studies have shown protein consumed immediately post-workout is more effective at stimulating muscle protein synthesis and hypertrophy than delaying by even a few hours.

The issue is that some of these studies are difficult to apply to an experienced strength athlete because:

Studies have shown the availability of amino acids after resistance exercise has a greater effect on maximizing muscle protein synthesis than carbohydrates or placebo alone.

This, however, does not mean that the amino acids have to be consumed immediately after exercise. Due to digestion rates, a meal consumed hours before a training session can still provide the amino acids necessary to initiate post-workout muscle protein synthesis.

The consumption of whey protein, carbohydrates, or even a mixed meal after a workout has been shown to elevate insulin levels well above baseline.

Again, this doesn’t necessarily mean that the shake has to be consumed in the one-hour window after training. Insulin levels would stay elevated after training even if you consumed the shake before or during your training session, giving you enough time to get home and eat a whole food meal.

Is Pre-Workout the New Post-Workout?

Some studies show amino acids and carbohydrate consumed prior to exercise do a better job of inducing an anabolic response in muscle than the same supplement consumed after exercise. One study showed that 20g of whey protein delivered pre-workout increased amino acid uptake by the muscles during and up to 3 hours after the training session.

In a very recent, and beautifully designed study, Brad Schoenfeld and colleagues showed that supplementation of 25g of protein with 1g of carbohydrate before resistance training had the same effect on muscle thickness, body composition AND maximal strength.

One of the best studies for those of us who care about moving more weight, faster was done by Cribb & Hayes. The study was one of the first to look at whether the acute effects of nutrient timing were significant over the course of a 10-week weight training cycle.

The study compared the effect of a roughly 34g carbohydrate, 32g whey protein, and 5.6g creatine supplement taken immediately pre- and post-resistance training versus the same supplementation taken at least 5-hours before and after training. The group who consumed the supplement immediately before and after their workout gained significantly more lean mass and strength, while also losing body fat.

As you have probably gathered, the jury is still out about whether or not consuming a shake within one hour AFTER training actually provides any real advantages when it comes to muscle strength, size, and performance.

Based on the research that is relevant to strength athletes, it is apparent that consuming protein and carbohydrates around your training session will lead to positive adaptations in the long run. If a protein shake immediately post-workout is already a part of your routine, there is no reason to stop. It is certainly not hurting you.

One lesson you can take away from this research is not to neglect your pre-workout nutrition just because the post-workout window has been put on a pedestal. There is plenty of evidence that sandwiching your workout with protein, carbohydrate, and even creatine is worth your while.