A world class gymnast competes against three very much not gymnasts.

How many strict pull-ups can you do in one set? Five? Ten? Maybe fifteen? We here in the BarBend office do, contrary to some YouTube comments, lift, and we were fairly confident that in a test of pull-up proficiency we could hold our own against almost anyone.

So to prove our strength and our arrogance we decided to take on a truly elite puller-upper; someone with upper body strength the likes of which few men have even witnessed, let alone attained. We wanted to definitively prove that we, at BarBend, are as strong as they come.

Then, in walks Jaime Da Silva. An elite gymnast and a member of the Puerto Rican National Gymnastics Team, he’s competed in the Central American Games, Pan American Championships, and he was the alternate for last year’s World Championships. He accepted our max pull-ups challenge, and wasn’t about to let any of us get away with first place.

The rules are simple:

[Related: Check out the differences between strict and kipping pull-ups.]

As you can see from the breakdown of the competitors below, we were all extremely evenly matched on pretty much every axis.

[Related: Watch the BarBend editors face off against a strongman to see who can squat Nick the most] 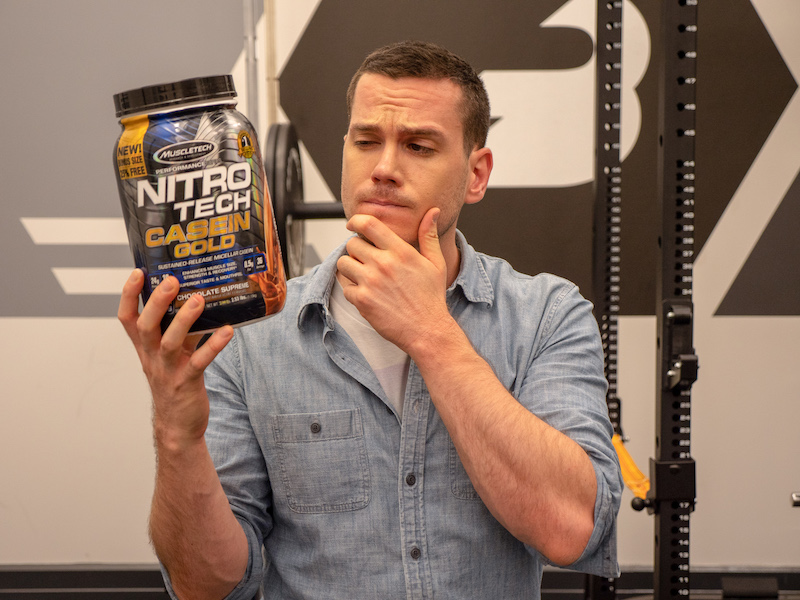 Nick volunteered. Nick is both the tallest and heaviest of the competitors, which put him at a disadvantage going in. Going first and not knowing the number to beat exacerbated that disadvantage. And it only went downhill for him from there.

Nick set up under the bar and started banging out some solid reps. Solid, except that after five reps his feet started tapping the floor between reps. We each double-taked to ensure that we were all seeing the same thing. At nine reps, David Tao, the host and judge, threw the flag and told Nick to stop.

Nick swore that he did not know that wasn’t allowed and requested to take a break before going again. We all acquiesced. We’ll never truly know if this was a true misunderstanding of the rules or a brilliant maneuver of savvy strategy to go later in the turn order, but the cost of doing nine uncounted reps was a big price to pay. 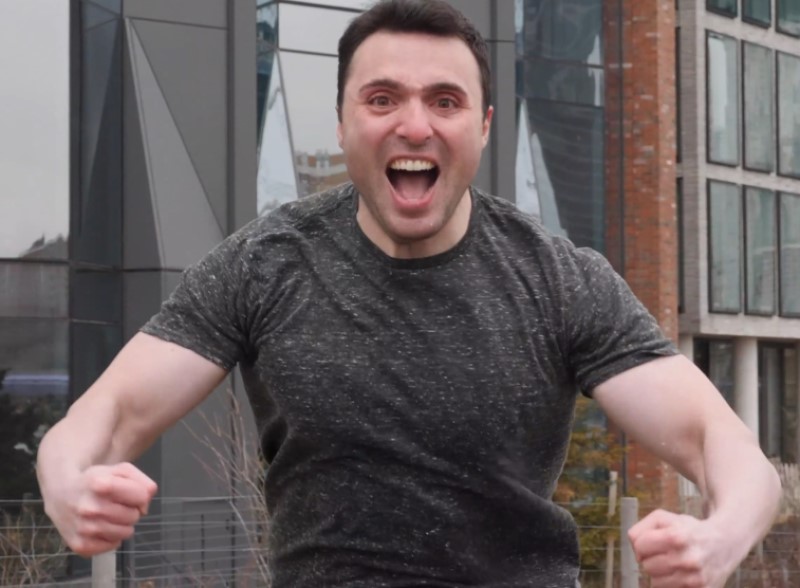 Full disclosure for my attempt, I had already performed a bunch of pull-ups earlier, for a different video about pull-up progressions. This was a double-edged sword: I was not as fresh as I could have been going into this challenge, but I was super warm, and my lats felt bullet-proof.

I employed a strategy of slow and controlled reps. This was tactical in that I can be confident every rep would count, but potentially dangerous as the energy expenditure would be higher. It was a gamble I was willing to take and it paid off with a total of eleven reps. 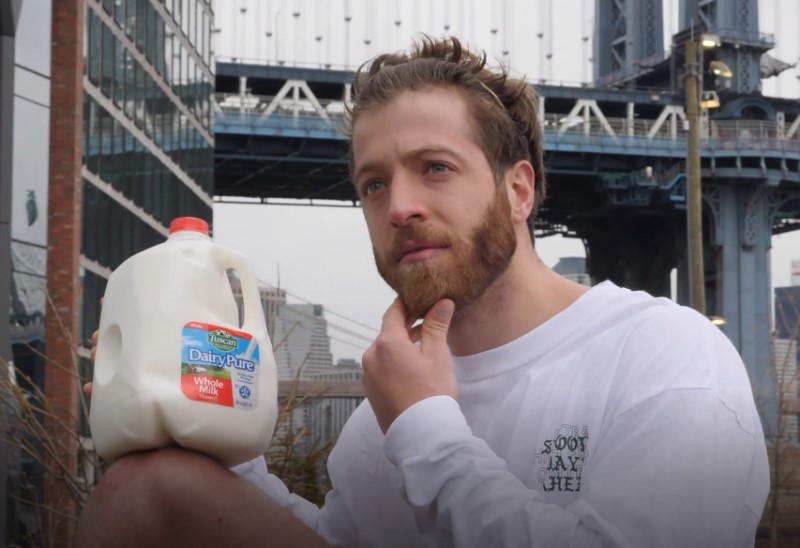 All of us at the BarBend office try to stay healthy and fresh for these challenges since our egos are on the line. But just two days earlier, Jake competed in a powerlifting meet where he maxed out all his lifts and PR’d his squat, and the man was still recovering. He made sure we all knew it as he stepped up to the bar.

Any soreness he may have been feeling seemed to vanish once he took his grip. Jake zoned in and started banging out rep after rep after rep. He found comfort in going above and beyond with chest-to-bar pull-ups, even though he knew chin-to-bar was sufficient.

Jakes breezed past my eleven reps and knocked out seventeen before flying off the bar, confident that he put up a solid performance that would be tough to match.

You could tell this wasn’t Jaime’s first rodeo. Nor was this even close.

Five… ten… fifteen… the pull-ups kept coming, he flew past the seventeen reps set by Jake, and just… kept… going. Twenty… twenty-five… finally we saw some semblance of fatigue set in. Jaime fell back on his years of training (he started gymnastics at ten years old) and his grit and determination forged from competition, to continue pulling himself up. Twenty-eight, twenty-nine… thirty!

Jamie released his grip, massaged his astronomically large biceps, and smiled knowing he did what he came here to do. Thirty reps is a massive undertaking to try and beat. 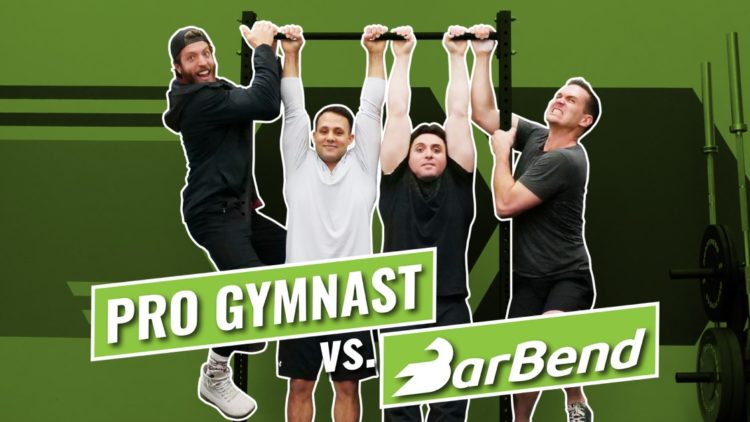 Nick fiddled with some liquid chalk, took a deep breath, and prepared for the biggest challenge of his life. He stepped back under the bar, set his grip, and crossed his feet with bent knees to avoid another unfortunate judge call.

The pull-ups began. It was a much more grueling journey to the nine reps he hit earlier. He got a tenth before hanging for a breather. He pulled an eleventh before dropping back for another breather. He used all the might he had left to inch his chin as close as possible to the bar for a critical twelfth rep but his hands slipped with his chin just shy of the bar. Eleven reps for Nick English. To his dying breath, he’ll insist he could have done more if he had known about the feet rule.

We won’t believe him.

After an exhausting challenge that tested our strength, our grit, our grip, and our will to win, Jamie Da Silva proved that he is better than us. Here were the final standings:

As you can see from the final totals, this was an absolute blowout. Congratulations to Jamie Da Silva for a well earned and hard fought victory.

If you’re a beginner to pull-ups and are not quite sure how to start your training, fret not, we have you covered with this one month training program. If you’re a bit more advanced want to learn how you too can get your max pull-ups as high as Da Silva’s, check out the 4 move pull-up progression he was kind enough to teach us that will be released later this week.

Until next time, may your pull-ups be strict and your grip never slip.