Pure Nutrition is a California-based supplement company that sells dozens of products that are variously aimed at bodybuilders, martial artists, and endurance athletes.

They’ve got several pre-workouts and pre-workout-like products (like testosterone boosters) but we wanted to try out their flagship pre-workout, Black Jack. It’s got 13 main ingredients and 300 milligrams of caffeine, about as much as you’ll find in 3 cups of coffee. So what else does it bring to the table?

The ingredients are as follows. I’ll name them here, then discuss their benefits in the next section.

Besides those there’s some Vitamin B6 (500% of the RDI) and niacin (125%), plus some natural and artificial flavors, colors, sweeteners, and anti-caking agents. 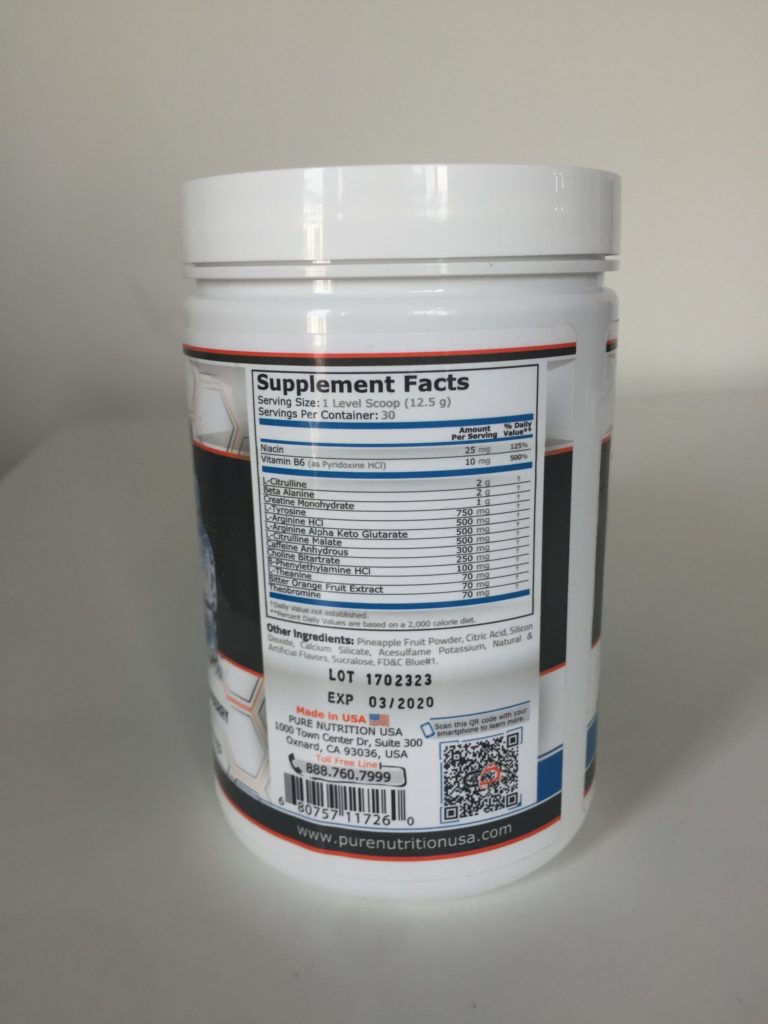 There’s a pretty large variety of ingredients here. The caffeine is linked to energy and power and theobromine has a similar effect, while the theanine helps to improve focus and reduce the jitteriness that can accompany a big dose of caffeine. (And remember, 300mg is a very big dose.)

The tyrosine is also linked to focus and the creatine to power output, while the choline bitartrate may help anaerobic capacity — that’s short, intense bursts of activity.

The beta alanine and arginine may improve endurance (or improve time to fatigue) and the citrulline is linked with better blood flow. The phenylethylalamine might help with blood flow too, though the evidence isn’t quite as strong.

The Vitamin B6 may help with muscle retention during a workout, and there’s evidence that we lose B6 when we exercise, so it’s always nice to see some in a pre-workout.

The bitter orange fruit extract, meanwhile, doesn’t have much evidence behind it. One study suggested it may boost the metabolism, but more research needs to be done. 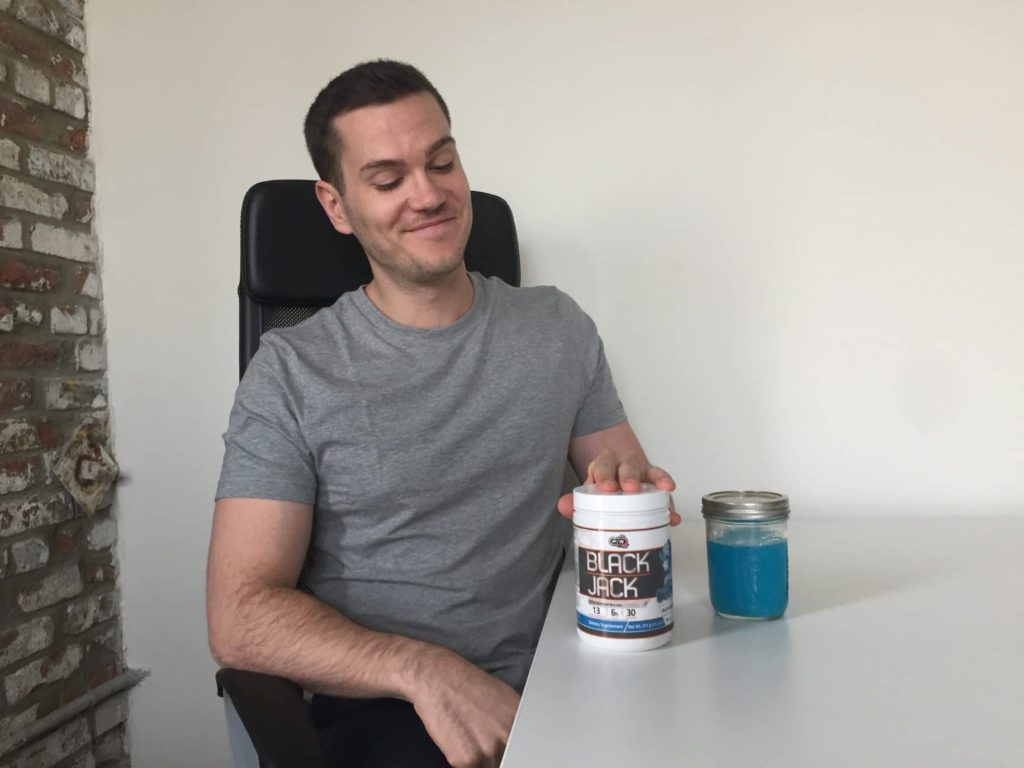 The main issue I have with this product is that while the ingredients are linked to a variety of effects, some of the dosages aren’t totally supported by scientific consensus. Generally, if you want an acute effect for a workout, it’s recommended you consume twice the arginine, twice the choline bitartrate, twice the phenylethylamine, and three times the citrulline and creatine that you’ll find in one serving.

And consuming two scoops at once could be overpowering on the caffeine.

That said, I was happy with the amount of beta alanine, caffeine, tyrosine, theobromine, theanine, and bitter orange.

You can pick up 30 servings for $25, or 83 cents per serving. That’s pretty reasonably priced; most pre-workouts fall between 80 cents and a dollar per scoop.

The Blue Raspberry flavor tasted like your standard raspberry candy, which was pleasant.

While I think Black Jack felt a little low in certain ingredients, though there are enough effectively dosed ingredients to say that this is an inexpensive way to boost power, endurance, and focus. 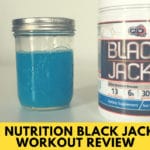