Why Pushing Is An Underrated Cue for the Deadlift

It's common to think about pulling during the deadlift, but what about pushing?

In the world of strength sports, some of the most beloved and frequently used coaching cues include the word pulling. On the bench press we have, pull the bar apart and pull the scapula back, and for the deadlift, we have pull the lats back. These are all phenomenal cues, but they leave another potentially awesome cue in their shadow, and that’s pushing.

The idea of pushing can manifest in multiple ways across compound lifts. The most common way we understand pushing is the idea of simply pressing and pushing an external stimuli away from our bodies. In regards to the deadlift specifically, most don’t think about the concept of pushing during heavy pulls. After all, when do we actually push during a deadlift? Technically, every single rep — which brings us to one of best deadlift cues you can use, in my opinion. 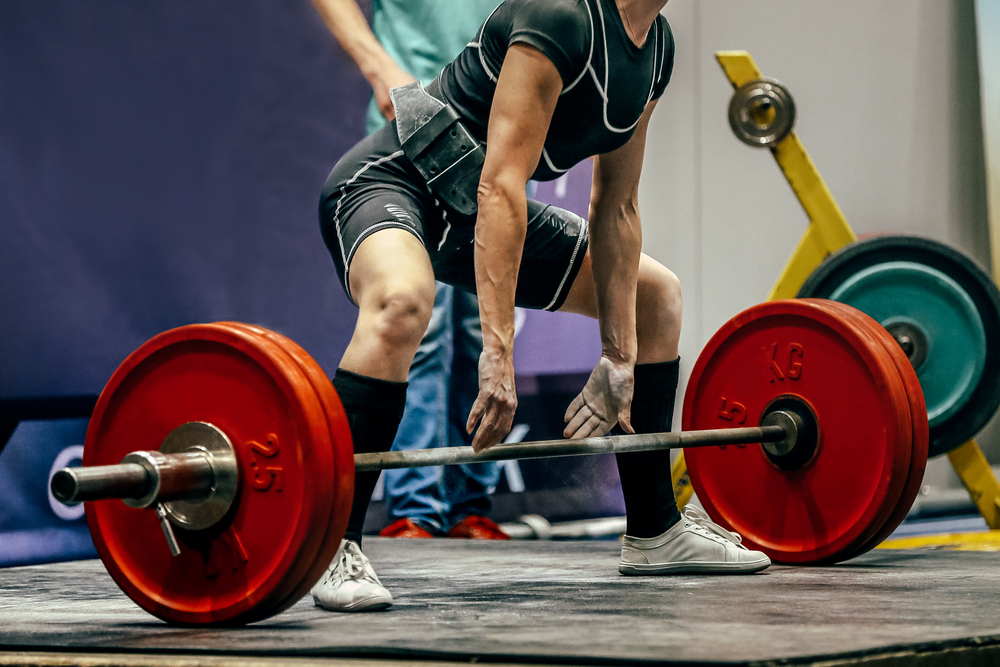 Pushing During the Deadlift

The idea of pushing during the deadlift might seem foreign, but let’s think about the movement for a second. At the starting position of the deadlift, we create tension in the posterior chain and upper back and pull the slack out of the bar. Then, as we initiate the movement, we begin pulling upwards maintaining a tight bar path. As we pull upwards, what are the legs doing?

They are creating a stable base and technically pushing.

Think about it this way. A push and a pull are both forces and ways of creating force. When we deadlift and only think about pulling, then we’re basically leaving another potential way to create force unaccounted for. We can double down on our force production by thinking about pushing the legs down as we pull up.

A lifting cue’s main purpose is to stimulate a mind-muscle connection with a corresponding action. This is where the deadlift pushing cue comes in, as you begin your deadlift from the floor, think about pressing the legs down as if you were using a leg press. This action can help you produce more force output with the legs, which can be huge for success when working at higher training percentages. Below are a few ways you can think think about this cue during deadlifts,

Why It’s Worth Trying

The summation of a strong pull and push moving in the same direction creates a higher net force, which in this case, is a higher summation of forces working together to move the barbell. You’re always using your legs during the deadlift, but once focus gets shifted to pushing with them, then they become even more beneficial.

The best part of this cue is that it can work for both the sumo and conventional deadlift. In both deadlift forms, you’re creating tension from the ground up and trying to bring the barbell upwards from a dead stop position. By mentally thinking “push and pull” at the same time you can move more efficiently, and this thought process can help facilitate better body positioning throughout the movement.

For example, if your sticking point is around the knee, then thinking about pushing the legs down, aka actively creating a strong knee and hip extension can help promote a stronger pull and support form by keeping the bar close to the body.

How to Begin Using This Cue

The best way to start implementing this cue is by using it during your warm-ups and lighter/speed focused days. More than likely, you already have your string of cues that you like to use for the deadlift, so the next step is figuring out when to add push the legs down or one of its variants into your cue lineup.

In my opinion, this cue works best when either initiating a pull from the floor, or as you pass the upper part of the shin. An example of what a string of deadlift cues for a beginner could like is,

As you gain experience in the gym and movement patterns become second nature, then cues will typically be used less often at a high volume, but are still incredibly important. More than likely, you’ll have one or two main cues you like to use during compound lifts as time goes on.

If you find that your deadlift is stalling or you want to try something new, then the idea of pushing might be your next step for success!