Reflections on Running for 24 Hours Straight

I started my last post on BarBend asking if CrossFit® training would prepare me to run a hundred miles in 24 hours. The answer, as I’m sure many of you guessed before I even started, was a resounding no. Not even close.

The problem with running or at least trying to run that far is that fitness is such a small part of it. It’s about being prepared for that task. No training protocol or system other than long distance running can adequately prepare you or your  feet and joints for the abuse that comes with pounding the concrete for 24 hours straight.

Doing anything for 24 hours is bound to throw up a fair few surprises, aside from being overtaken by a woman heavily relying on a zimmer frame at mile 58 the greatest shock was just how inactive my brain was through the whole ordeal. I’d expected/hoped to spend the time mulling over life’s big questions, instead it all past in a delirious murky haze of exhaustion. A few musings managed to slip through that fog though, and here they are in no particular order. 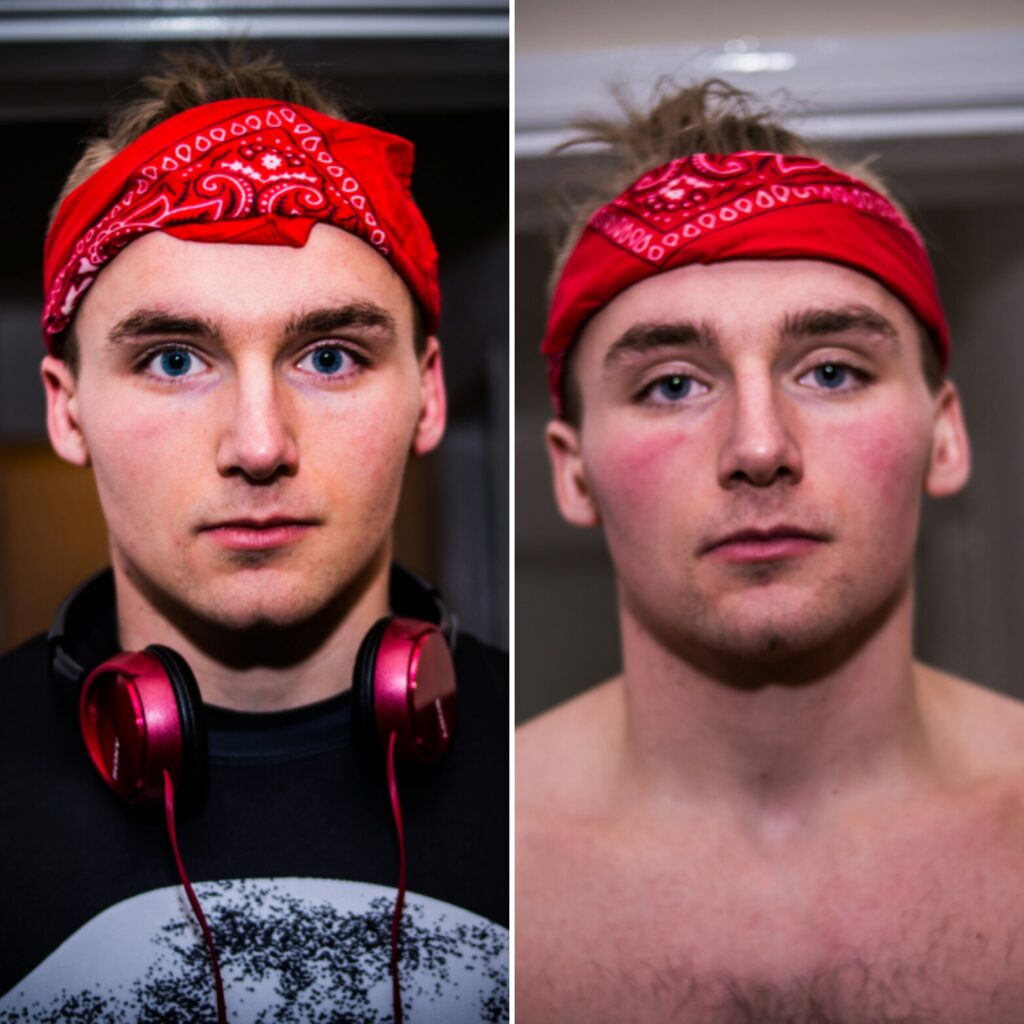 The author before and after his 24 hour run

I’d set out with a plan a firm plan that I was under no circumstances to waiver from. It was beautiful in it’s simplicity: try and run one 4.2 mile lap each hour, on the hour, every hour for 24 hours. A sound and rational plan, if I have had one and I managed to stick to it for a grand total of 33 minutes before going rogue.

[Running 24 hours straight could be problematic outside in the dark, so we recommend starting inside! Check out the best treadmills for running!]

The problem was twofold: pumped full of adrenaline and carbs, the first lap felt effortless, each stride easier than the last. The sun was yet to fully set, the streets were busy and cheerful, and add to that I was joined by a fellow runner, Zoe, who I let set the pace. The effect of this potent combination was a ‘blistering’ 33 minute opening lap, almost 20 minutes faster than scheduled. In hindsight I should’ve seen this for the disaster that it was, but in my naivety I mistook it for an indicator of good things to come. In fact I was so confident that I skipped my rest period and paused only long enough to take a sip of water and start my lap tally. The second time round I was even faster, and again I skipped the rest, eager to take advantage of this energy. The third and the fourth were just as fast, until it all slowed down. By lap six I was taking the whole hour to finish a circuit, by lap 12 I was shuffling barefoot through the streets of York.

In a sport that’s all about making fitness as measurable as possible, running just doesn’t really fit into funcxtional fitness all that well. There are just too many variables — hills, traffic, terrain, weather, etc. — for it to ever be as measurable as a Concept 2 rower. The lack of running in HQ programming certainly doesn’t mean that CrossFit training can’t provide a lot of benefit for a runner.

The very nature of running is repetition, one foot after the other until you cross the finish line. Like any other high volume movement, without assistance work, it’s going to lead to at least a couple of imbalances over time. While this is probably more true of the lower body, I couldn’t help but notice that the posture of many runners was awful, including mine towards the end. To see what I mean all you need to do is watch a group of runners go by and observe just how many of them are stooped over. Years of working at a desk paired with huge swathes of free time spent running head down into blustery weather is a recipe for disaster or at least poor posture.

Fortunately this is something though that can easily be remedied with regular strength work and maybe a bit of band work.

Functional fitness made me super average.

Go to any fun run anywhere in the world, whether it’s a 5k park run or a multi day ultra marathon, and you will find two distinct groups of people: Those who want to win or at least place and those who just want the finish line before the clean up crew comes out. If you find yourself in that competitive first category, then running specific training with a sprinkling of strength work to keep you healthy is what the doctor ordered. If, however, like me, you find yourself in that latter group, wanting to be able to finish most races, lift weights big weights, look relatively good and do stupid challenges on a whim, then following a functional training program is probably a better idea.

Having not run further than 400m in a couple of months before attempting this, I expected that everything from mile one onwards would be some variation on hell. And that just wasn’t the case; the first 25 miles were fun and the next 15 were still enjoyable. As much as I feel like a shill for saying it, CrossFit and Strongman training was what built that base level of fitness and it can do for anyone. If you want to excel in anything specific then you need to train that movement or skill, if you want to be able to do most things pretty well then get functional.

Sleep is the cousin of death.

After hitting my first 45 miles by 4.55 am, just ahead of schedule, and with Ricky T penciled in to come and run a lap with me in 30 odd minutes, I decided I could afford to have a little nap. Lying at the bottom of my stairs with my feet half way up the wall and my bandanna over my eyes, I slept the sleep of the dead for the shortest twenty minutes of my life.

That innocuous nap was the biggest mistake of the entire run. I woke up sore, broken and demoralized. The only thing that got me out of that door and on my feet again was not wanting to let someone down who had got up at 5am to run round York with me. Still, I stepped out of the door knowing I didn’t have another 55 miles in me. I tried endlessly to prove myself wrong, but I’d already had that thought, and it proved too much.

When it comes to running this race, the biggest asset I got from training at CrossFit Kroy was not the training but the support. Almost everyone at that gym helped me on journey in someway or another, whether that was messages of support or running laps with me. I could of probably suffered through the same 62.1 miles without their training (though it would’ve been harder) but I couldn’t of done it without their help.

It wasn’t just CrossFitters that helped either. A random runner that I physically ran into asked me how far I had left to go, not knowing the challenge. My answer of 70 miles cracked him up enough that he kindly offered to run a lap with me, despite having finished his training for the night and it being close to midnight. He might have been a saint.

Learn from those who know.

One of the big advantages of being able to put my original article on a site with a big ol’ reach like BarBend is that people reached out to me, some with advice from the trenches. With time being so short before I started, most of this help was geared around nutrition and the foods your body craves and needs after running for 18 hours. Thankfully I listened to every word and prepared accordingly. If I’d been stubborn and stuck to my guns, I wouldn’t have run past mile 50. The magical point where all food seemed to turn to cardboard in my mouth, switching to iced coffee loaded with cream and sugar let me push on.

Your feet are weak. 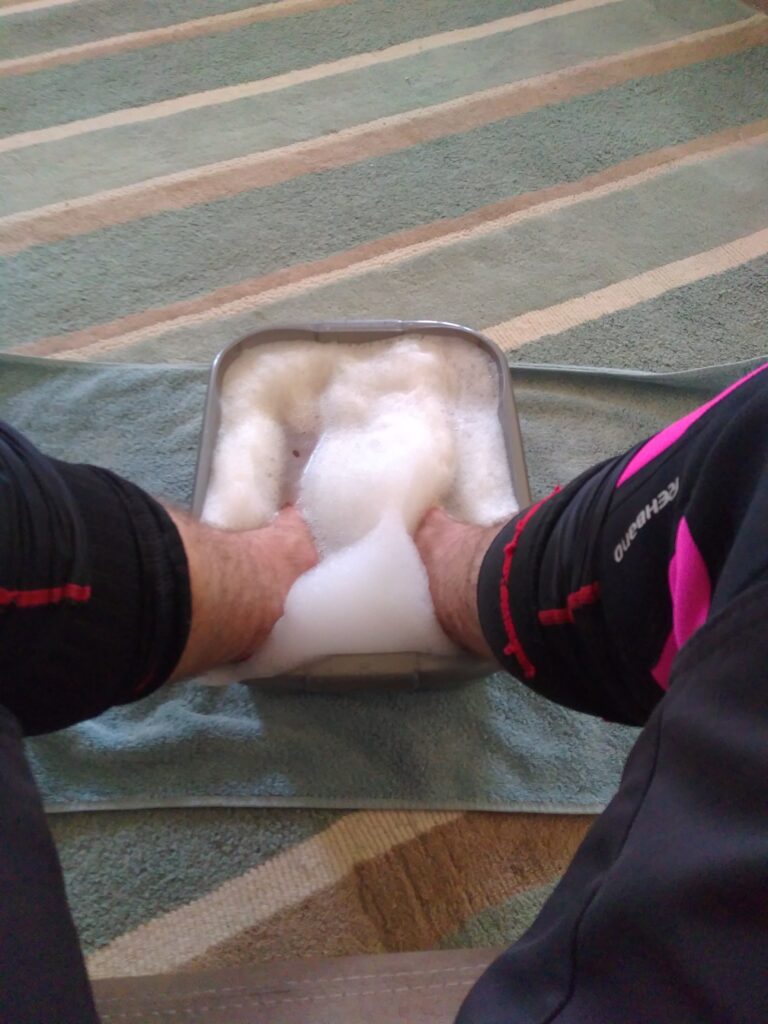 If you don’t train them specifically and you’re not a postman, your feet are almost definitely a weak point that you don’t know about. I’ve discussed training them here, and those techniques will certainly get you a long way, but if you want to push the envelope whether for ultra running or just for the sake of strength then you will need to do more. I found this out the hard way as my feet kept cramping up so bad that I had to discard my shoes with several hours left to go, leaving me barefoot and shuffling. I don’t currently know what the best approach would be to building bulletproof feet but it’s something that I’m certainly looking into.

Despite 12 out of the 24 hour hours being nothing short of self induced torture, I still had a great time. I got to run further than I’ve ever run before, learnt first hand what it takes to push for an entire day and got to see my city in a whole new light. Four days later and I’m still struggling to walk more than 400m, but in a few days the pain will subside and I’ll be back planning my next adventure. (Hint: it’s almost definitely freediving.)

Christo Bland is a Strongman, Ultra Distance Runner and general movement addict from York, England. Christo has worked closely with many of the Strongest Men & Women in the world during his time at Giants Live and Official Strongman. Since leaving the Giants fold, Christo has continued to write about and experiment with ways of improving performance, both on himself and on his athletes. He trains and coaches at Dominus Gym in York, England.