How does the competitive powerlifting experience differ for a 12-year-old girl from a conservative, Orthodox Jewish household?

“Supergirl,” directed by Jessie Auritt, follows pint-sized powerlifter Naomi Kutin over three years as she celebrates her bat mitzvah, takes her first steps into high school, and grapples with her identity as one of the world’s strongest powerlifters.

At the film’s beginning, the 12-year-old had already been competing for four years after her father Ed, himself a powerlifter, noticed she was significantly stronger than the kids in her karate class and decided to see how she performed under the bar.

By age 9, she was squatting 205 pounds at 91 pounds bodyweight, breaking a world record that was previously held by a 44-year-old German woman. (She appeared to compete primarily in the 100% Raw Powerlifting federation.) At 12 years old she was squatting north of 225 pounds — still in the 97-pound weight class — and the film follows her life as she competes in several meets, attempts several new records, and struggles with health issues and identity. 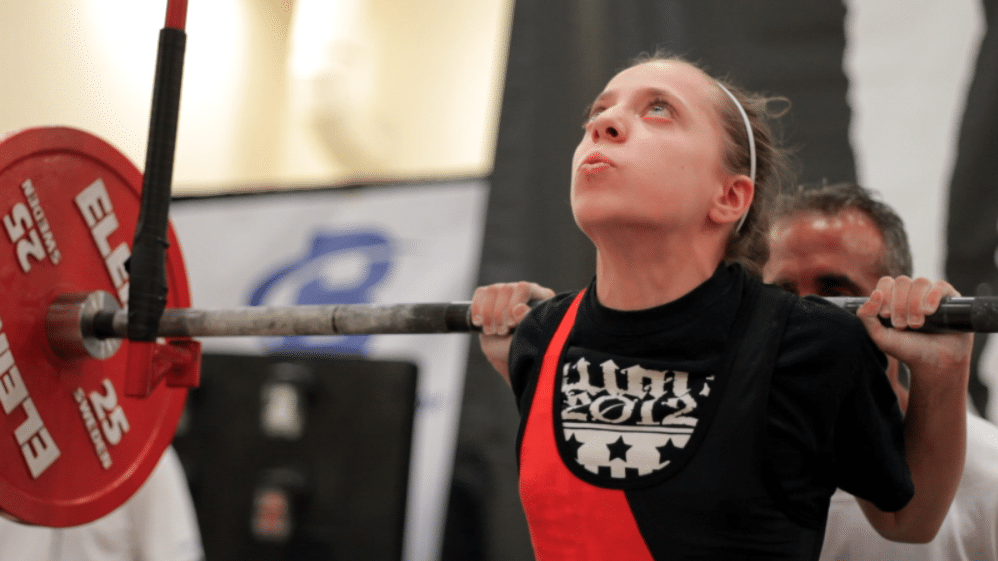 She’s given the name “Supergirl,” and Naomi takes it up as her powerlifting alter ego, a metaphorical costume that she dons when it’s time to scream and roar her way through her heaviest lifts. Watching videos of her meets online and reading the countless derisive comments, she says,

I don’t like hearing myself yell. That’s me, the strange me that I don’t recognize. That’s my powerlifting alter ego.

When I’m not Supergirl, I don’t scream and be all angry like that. When I’m Supergirl I just kind of don’t care what anyone thinks.

Yes, “Supergirl” is a documentary about how the incredible pressure felt by competitive powerlifters affects the mind and body of a pre-teen girl. As just one example, she’s competed in the same weight class since age 9, but is reluctant to gain weight because it will be more difficult to break the records that she’s expected to.

I feel like people are always expecting things of me. I have all these records and if I don’t lift, I feel like I disappoint people.

At its heart, though, it’s a film about identity. During a health scare, Naomi’s biggest fear is that if she has to quit powerlifting, she doesn’t know what she’ll be. She doesn’t know how it will affect her relationship with her father — she points out that she wasn’t spending much time with him before she became interest in lifting.

[Check out our 12 favorite films about strength sports — did any of your favorites make the list?] 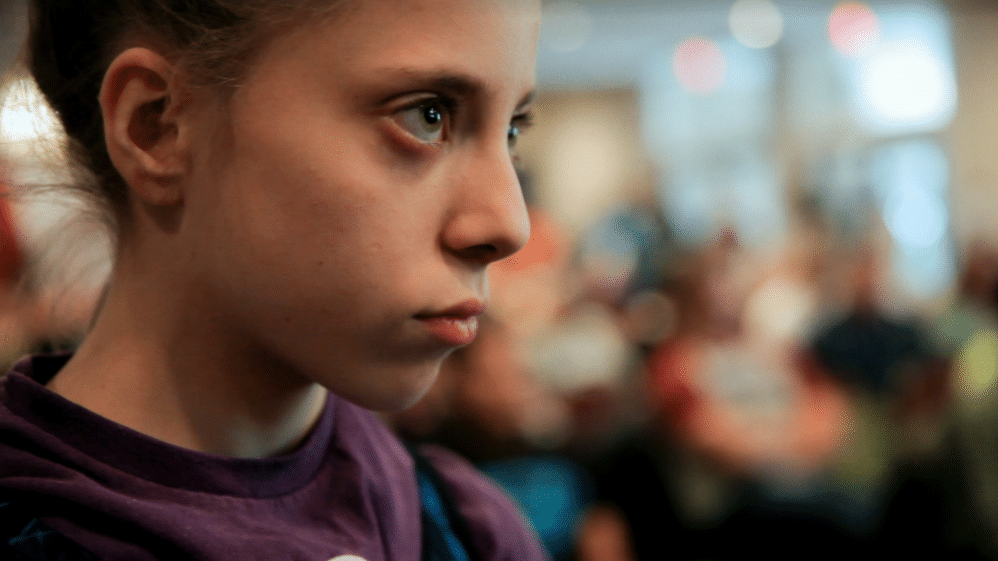 Considerable screentime is also spent examining her ethnocultural identity, showing Naomi navigating life as an Orthodox Jewish girl and, after her bat mitzvah, woman. Because she and her family are Shavas observant, Naomi doesn’t attend powerlifting meets on Saturdays, meaning she’ll sometimes skip the female portion of powerlifting meets and compete alongside hulking male athletes on Sundays. (This makes for a great visual.)

There’s not much conflict between her sport and her religion. Although her mother Neshama notes that stricter Orthodox families “would never in a million years put their girls in sports,” she wants Naomi “to be able to do things she’s remarkable at.” Indeed, throughout the film Naomi uses scripture and her parents’ loving guidance to help her to tackle issues she’s faced with on her path.