Paleo workout supplements were always going to happen, but are they really a substitute for guilty pleasure, sweetener-laden whey powder?

Rootz is betting that there’s a market for folks wary of the industrialized dairy machine, which is why they’ve come out with their Post-Workout Paleo Protein-Superfood.

Right now their only flavor is Chocolate Banana Nut, and its primary protein sources are egg white, sacha inchi nut, and hemp.

Rootz has clearly gone out of their way to produce protein that comes from a variety of sources and has a complete amino acid profile, but they didn’t stop there. The ingredient list also includes chia, flax, maca root, açai, goji berries, blueberries, royal jelly, and even a “green detox blend” that includes spirulina, kale, and spinach.

What I liked about the product is that it’s very nutrient dense. (Did I mention it contains broccoli, too?) And for something that contains this many not-especially-tasty vegetables, it doesn’t have the sticky, soil-like taste of your typical greens powder. For a protein powder that in some respects doubles a multi-vitamin, the final product came out pretty well. 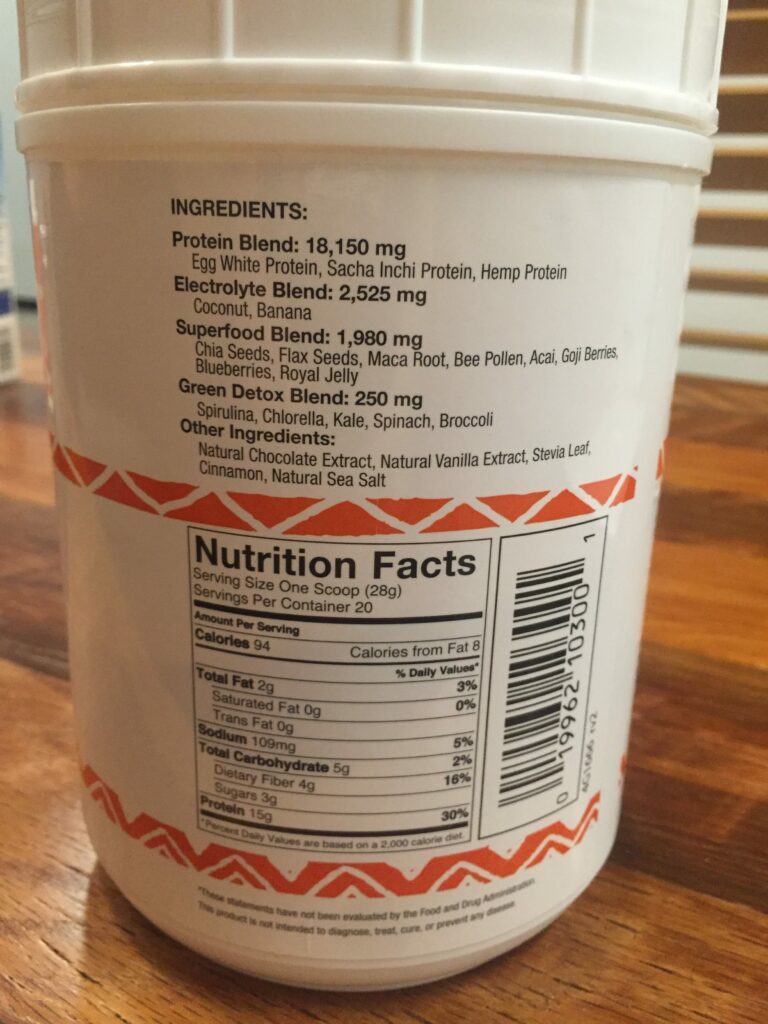 If you’re familiar with sacha inchi, a South American nut that’s relatively popular among both vegans and ketosis fans, you know that the flavor can be a little overwhelming. In this case, there’s not a ton of flavor beyond the sacha inchi, the “nut” in “chocolate banana nut.”

In the end, the taste is a little similar to defatted peanut butter without the sugar: it’s earthy and a little bitter, two elements that are amplified by the hint of cocoa. When mixed with almond milk (as the packaging suggests), the sweetness is definitely kicked up a notch and the shake becomes quite pleasant, particularly for those of us who want alternatives to the sickly sweet flavorings of most whey powders. But for many folks, the flavor might be a con if they’re only able to mix it with water: such a plain shake is pretty bitter. 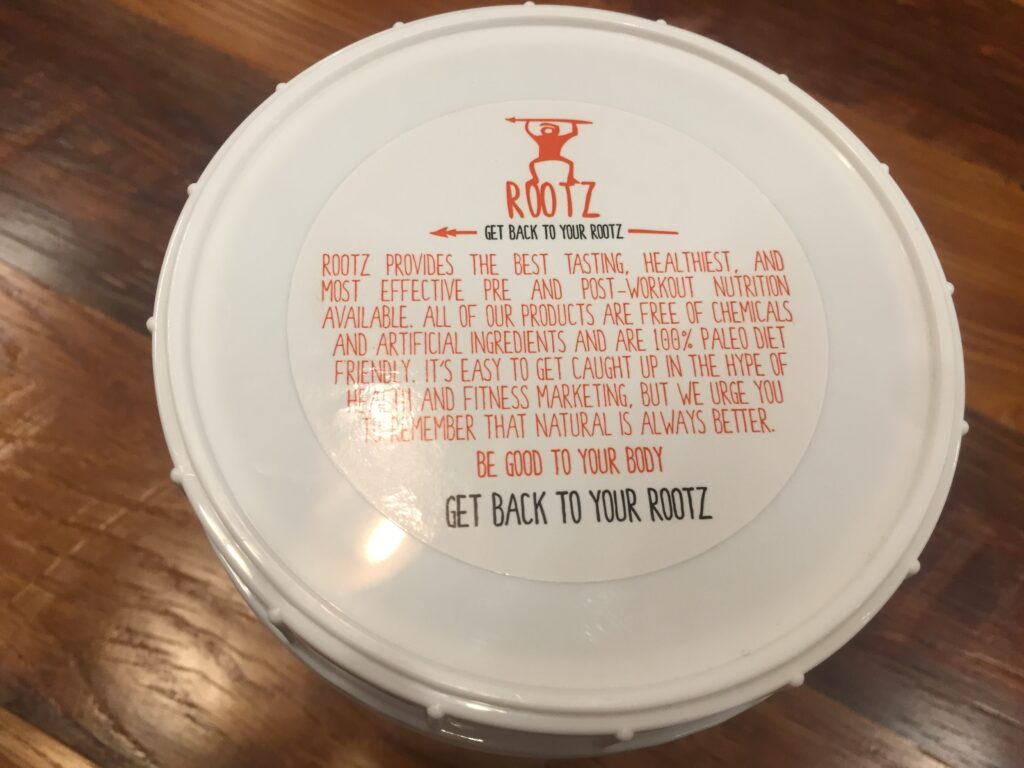 It’s surprisingly low in fat and carbs for something that contains this many seeds and plants. One serve delivers 15 grams of protein, 5 grams of carbs and 2 grams of fat.

In terms of measuring its effectiveness as a post-workout protein powder, this is a little unusual. Post-workouts typically contain at least a 1:1 ratio of protein to carbs, but that can be remedied pretty easily by using sweetened almond milk or blending it with a banana or even some glucose. (Or you can just eat the banana, which would be even easier.) Letting the consumer add their desired amount of carbs also makes this double as a good “anytime” shake, which was undoubtedly the intention. 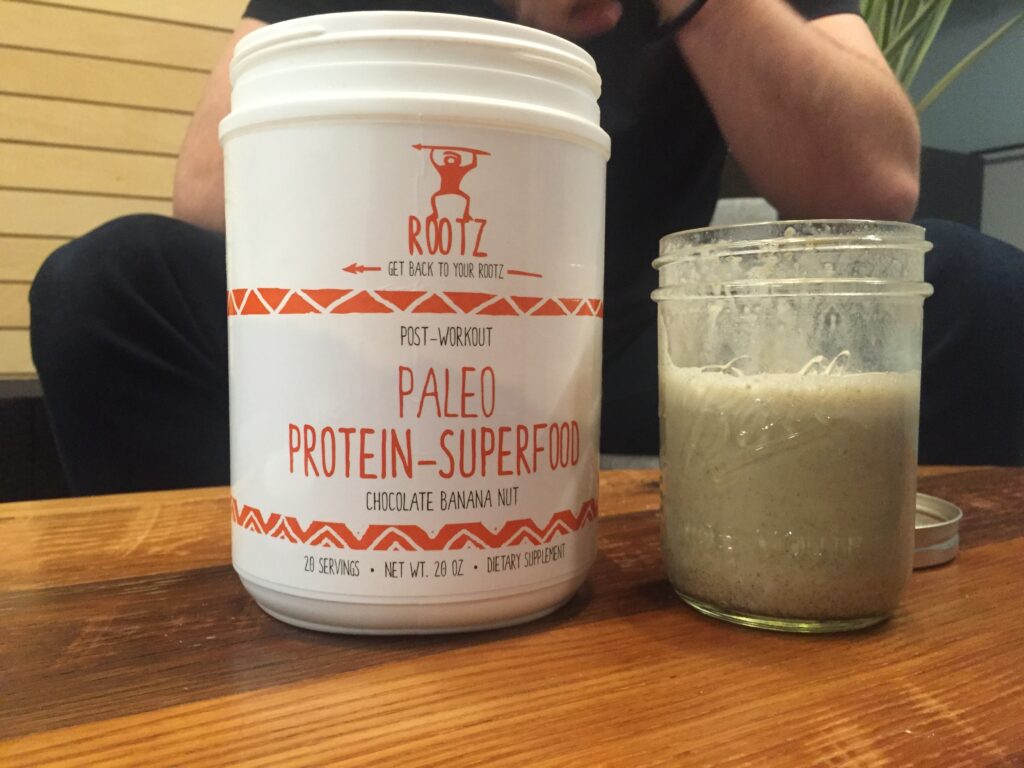 Of course, none of those products include broccoli and royal jelly, so Rootz’s pricing is relatively moderate. 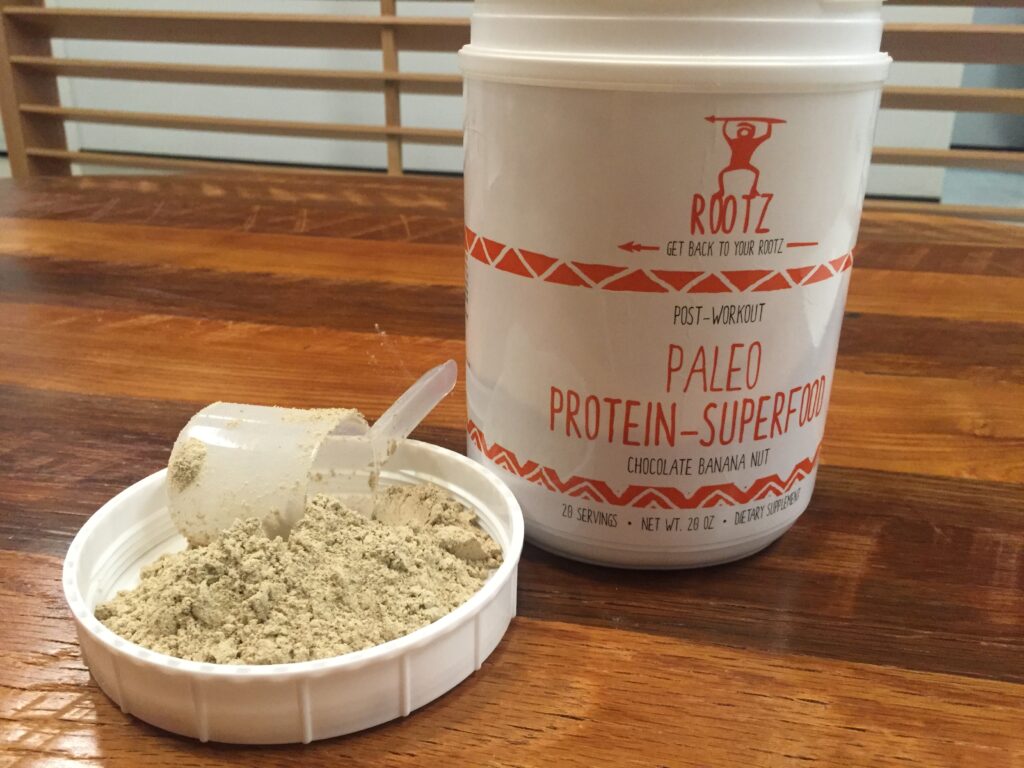 In the very, very, very crowded marketplace of protein powders, it’s nice to see a brand that doesn’t even try to fit in. With the earthy, nutty taste and the truckload of vegetables and seeds, it stands out as a viable alternative for people who want something “back to basics” that also contains twenty-three all-natural ingredients.

It’s true that the taste initially hit me as a con: if you can only mix it with water, it’s a tough pill to swallow. But then I realized that there are very few protein supplements that are low in both carbs and sweeteners, and having the option of a shake that’s nutty instead of saccharine is a welcome change when mixed the right way. This goes double for Paleo peeps, who are typically low on sweet teeth and like to discover new variations on savory.

If you can afford it, and if you’d like a source of protein, greens and seeds that requires practically no preparation, Rootz Paleo Protein Superfood is worth checking out.