Schiek is an American based supportive strength company that makes a plethora of belts, straps, wraps, and more. Most of the equipment Schiek makes is manufactured in the USA and they boast that every product was built around a customer and dealer request. Their gear can be utilized by both the serious strength athlete and the recreational lifter.

Something unique about Schiek that makes their belts different than others on the market is the shape in which they’re constructed. Most belts are cylinder shaped, or the same width all the way around. Schiek belts are cone shaped, so the sides of the belt are contoured. When we received the Schiek Model 2004 Lifting Belt I was excited to see how this cone style impacted my lifts.

To test this belt I used both power and strength movements, which included the back squat, deadlift, overhead press, and power clean.

Click HERE to compare prices on the Schiek Model 2004 Belt.

The stability during each lift was the aspect I was most interested in with this belt. Since it’s a cone shape I was curious if this impacted how it hugged and supported the torso. The cone shaped has a few characteristics that make it different than the standard cylinder shaped belt. First, unlike most belts, the front portion is wider, and is almost as wide as the posterior (4 3/4″). In addition to the extra width, the front also has double velcro, so the inside portion of the belt has a strip in addition to the regular strap. This is Schiek’s patented one-way Velcro® design. 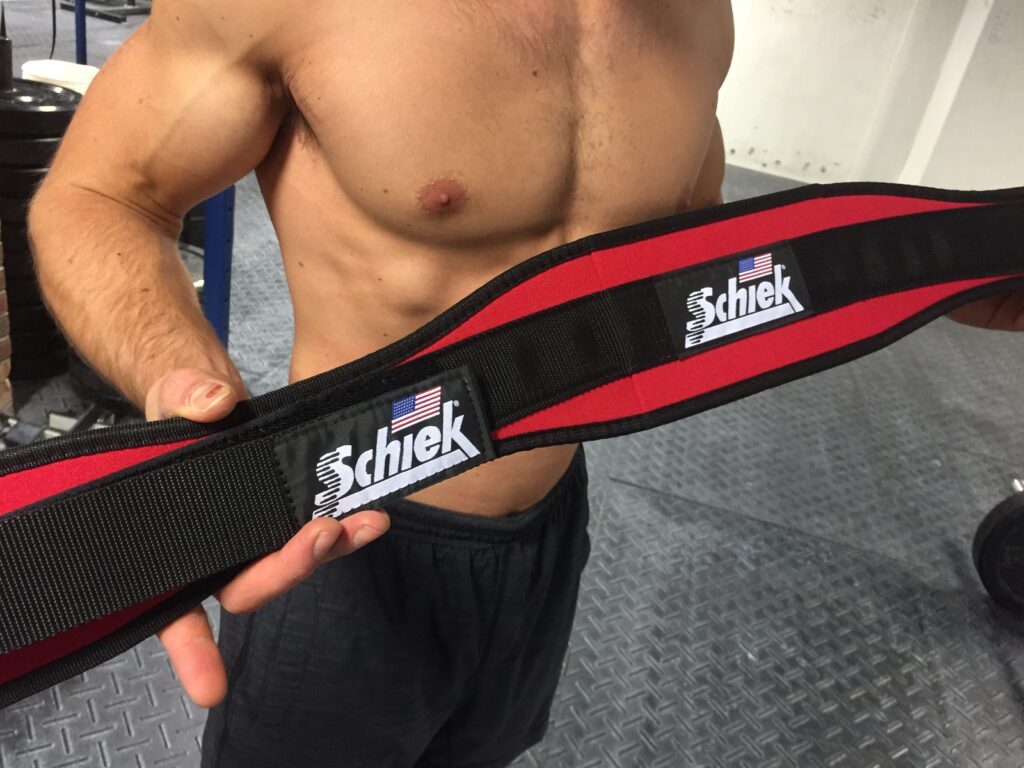 I liked the thicker front the cone shape has to offer for stability purposes. There’s also a tapered back portion that follows the natural curvature of the back. To test these fundamental design differences I tried some heavier overhead presses so I could brace my abdomen into the belt and feel the tapered curvature. I found that the double velcro, tapered posterior, and extra width provided my anterior a nice level of support. There was one issue with Schiek’s one-way velcro. If you’re going through a WOD and need to readjust the belt quickly, then the extra velcro strip made it tough to do so.

The second fundamental difference of the cone design is the contoured sides and posterior. The sides are skinnier while the back is thicker. I liked this aspect, as the skinnier sides help hug the body a little more naturally. You can feel stable, but move around with ease. While this was a great aspect about this belt, it was also an issue with full torso stability. If you want an extremely rigid cylinder belt that fits the body evenly all the way around, then this may not be your best option.

The comfort of this belt was possibly one of my favorite parts. I really liked the cone shape and how it felt around the sides of my torso. This aspect could be a turn off for those who want a wider, more rigid belt, but when it came to comfort the cone shape was great. There was never an issue with the belt pressing into my ribs with these contoured sides. I also liked how to the top and bottom of each side has a softer layer of cloth to cushion the ribs even more. 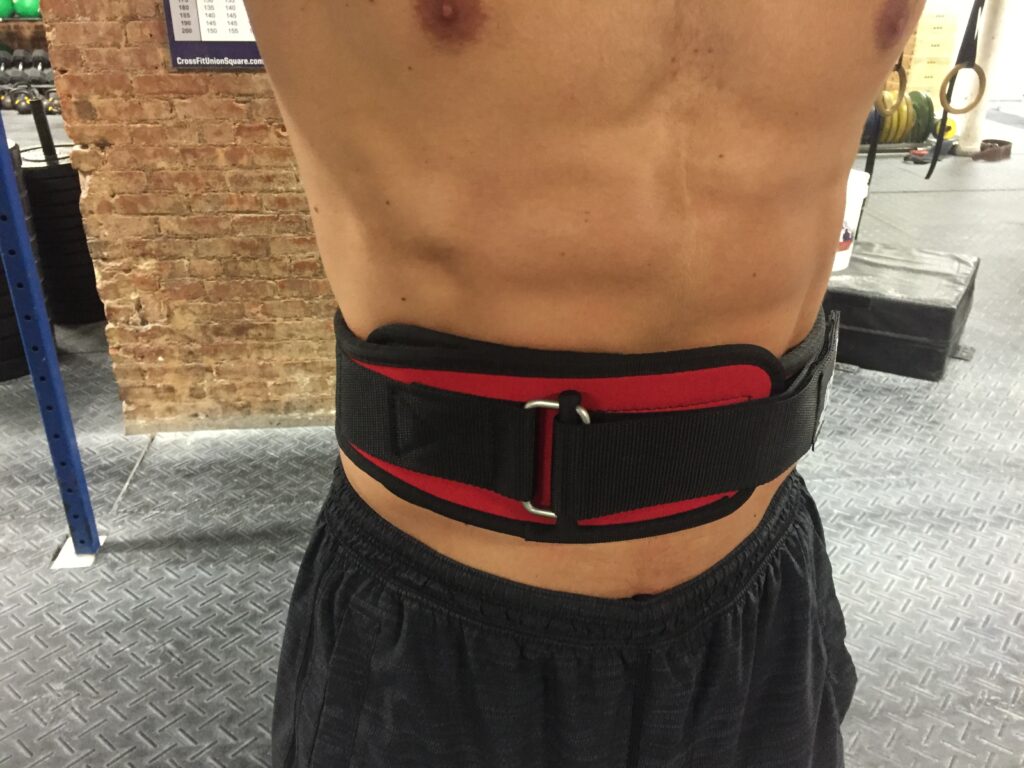 There’s a thicker strap that surrounds the whole belt and provides a little security. In the posterior portion there’s a thicker lumbar pad. This made the natural curvature of the belt feel sturdy, yet still comfortable. I liked how this pad formed around my back, especially with any form of arch in my lifting. The inner portion was soft, but the edging that covers the top and bottom was a little irritable on bare skin. That’s typically expected though until a belt gets broken in.

Schiek’s Model 2004 Lifting Belt is made of cloth and nylon with an added lumbar insert. The top and bottom edges have an enclosed cloth, which give it a softer feeling on the ribs and torso, but not on bare skin. Some strength athletes don’t enjoy the feeling of a belt digging into their ribs, so I thought the enclosed edges were a nice touch. The padding within the belt is a little stiffer than most regular nylon and cloth belts. 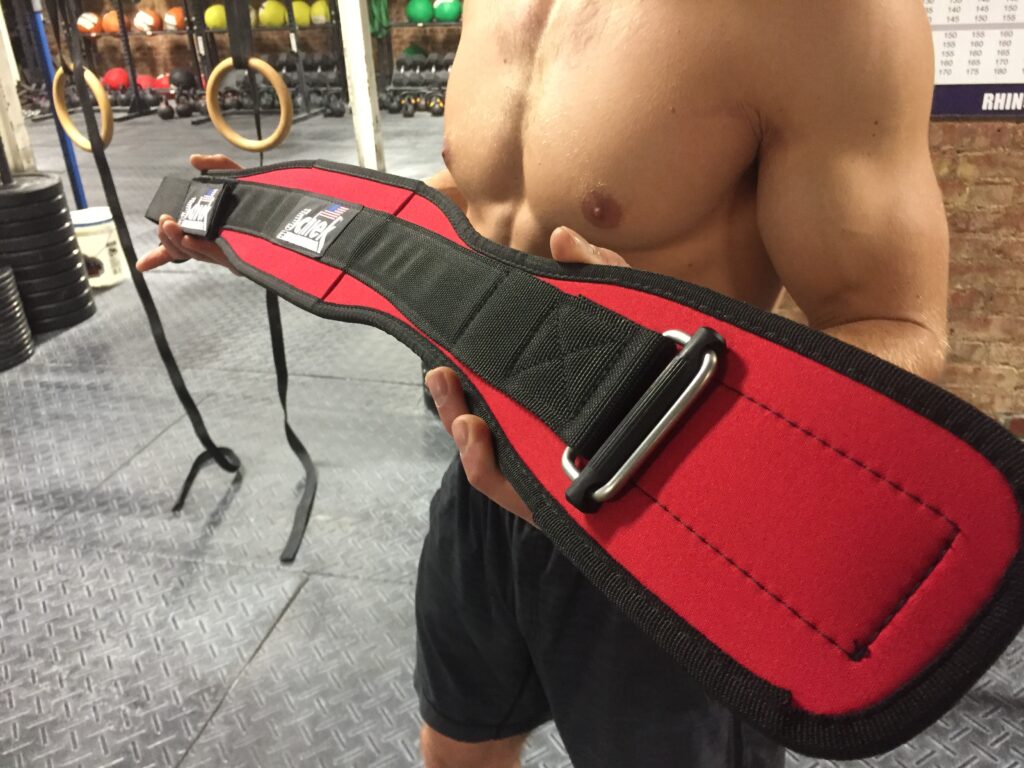 The buckle is stainless steel and has a plastic bar to wrap and pull the strap around. This aspect is different than most belts, and was a cool edition in pulling the belt tight. There’s two places on the belt where velcro is used. The inner portion of velcro is a little less aggressive in the way it sticks together.

When I lifted with this belt I never sensed any immediate durability issues. I liked the balance between the firm and soft portions. In addition, the lumbar insert feels firm and doesn’t feel like it will give out easy. Also, there’s double velcro, so if one part of the velcro begins to weaken there’s one more place for security. On the other hand, I could see this being a potential issue compared to single strap nylon belts. The inner velcro isn’t as aggressive as the outer strap. This being said, I worry with excessive sweat and possible chalk/dirt that this velcro could wear out quickly. 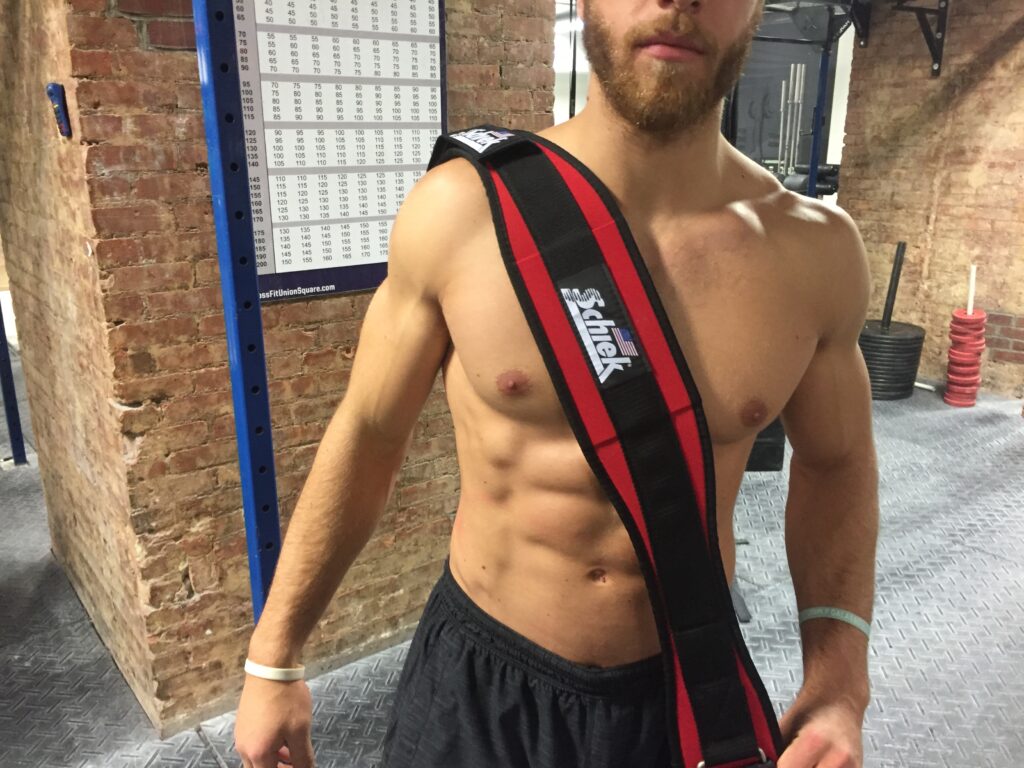 I was indifferent on the price of this belt, as it starts at $49.95. This price is high compared to other nylon and cloth belts, but it’s different than your typical nylon belt. There’s added inserts and a unique shape, so there’s a little justification behind the higher price. For a lifter who wants a belt that fits in a unique way with added abdomen support, then this could be a good fit. On the other hand, a lifter who needs a simple nylon belt may be turned off by the price.

The Schiek Model 2004 Lifting Belt definitely swayed towards the unique side of belts I’ve tried. I really enjoyed the one-way velcro and how it hugged my stomach. Also, I liked the lumbar insert with the natural curvature of the posterior portion of the belt. The price was something that could be justified depending on your asks and wants out of a belt. There were a few potential issues with durability and the ease to adjust the tightness during WODs.

All in all, I thought this belt was a nice balance between firm and soft for a variety of movements. 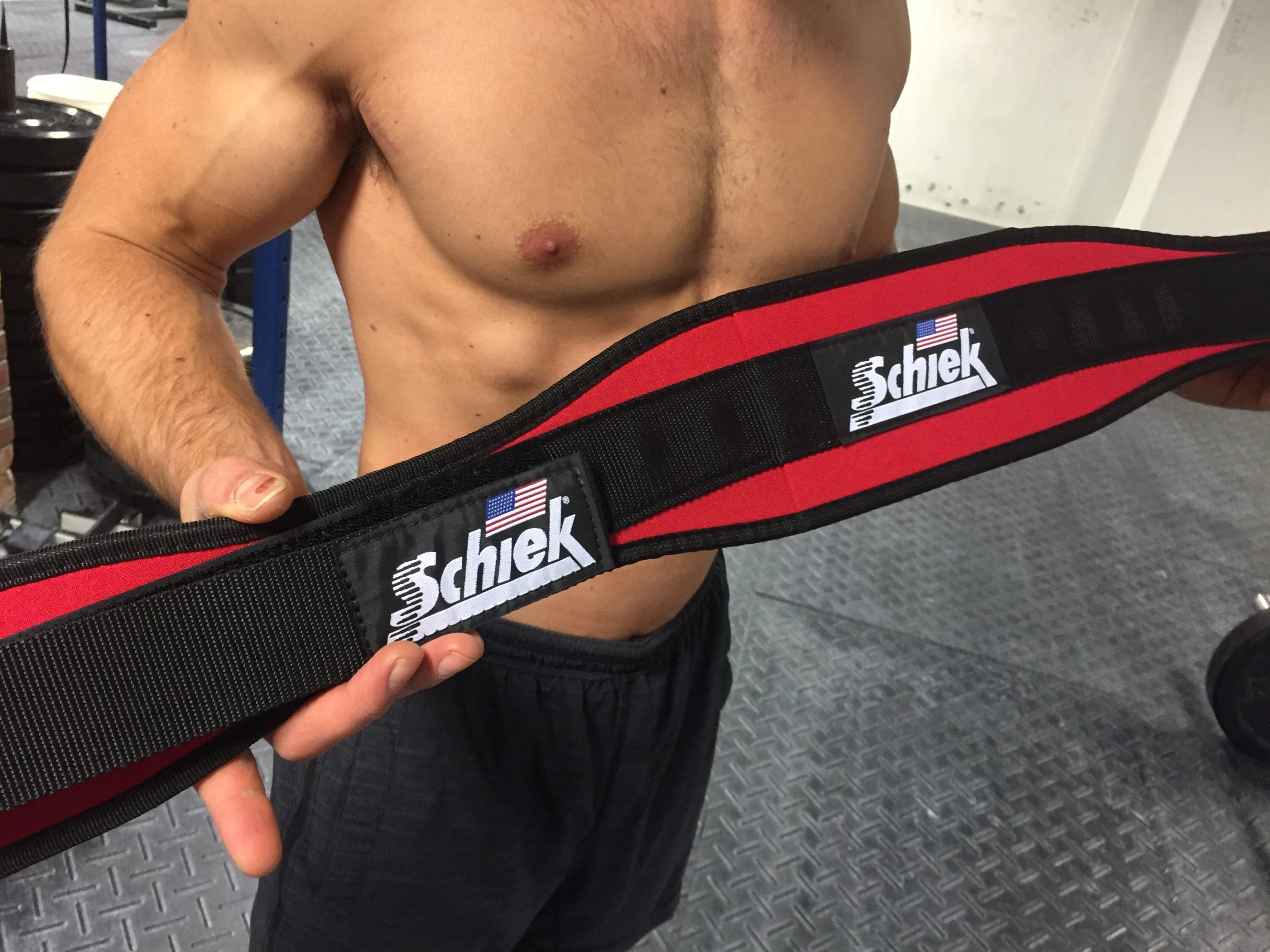