3 Reasons Why Weightlifters Should Do Sumo Clean Pulls

When we look at the pulling movements in formal weightlifting programming, we often see clean and snatch grip pulling variations, from various heights, tempos, and intensities. While those are all necessary components to build foundation strength that is highly practical to the competition lifts, some lifters may be failing to address weakness that can be masked by performing the same pulling movements over and over again. 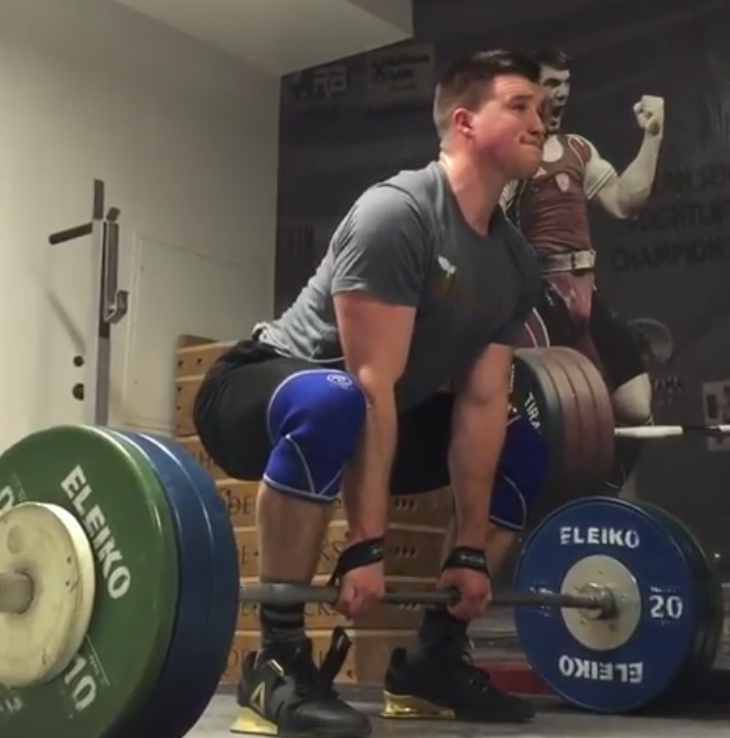 Sumo pulls are often discussed throughout the world of powerlifting, and are generally disregarded as a legitimate pulling movement in weightlifting based upon it’s lack of specificity to the clean. However, many weightlifters (specifically Chinese weightlifters) have been using a sumo clean pull variation to develop stronger first pulls, positional strength and balance in the second pull, and increase overall lower and middle back strength, all of which aid in pulling and lifting of heavy cleans.

Therefore, in this article we will address why adding sumo clean pulls into your pulling work could increase your back strength, leg drive, and solidify a stronger set up to enhance the first/second pull strength and power.

What is a sumo clean pull?

The sumo clean pull is a pulling variation used to develop strength, postural awareness, and leg drive specific to the clean. This pulling variation is nearly identical to the traditional clean pull, with the only exception being that the lifter grips the barbell with the hands inside the knees. The narrower grip often allows for great back extension and contraction, as well as a more vertical starting position.

Like any exercise variation, the results of a specific movement are highly dependent upon a lifter’s unique limitations. Coaches and athletes can customize the pulling variations to better suit specific athletes who may need additional assistance to address those any limitations.

The narrower grip allows lifters who often have weak back strength and extension capacities in the set up and pulls to create maximal tension in the setup and pulls. Additionally, by using this variation, lifters will be able to better train the legs, hips, and vertical torso positioning specific to the clean and snatch, which can have a huge impact on the clean as a whole, as many faults can be caused by previous faulty segments..

The narrow grip allows for a more upright positioning in the pull, forcing greater lower and middle back positional strength. By implementing these pulls into one’s training, a coach and athlete will learn very quickly if back strength is limiting performance rather than leg strength.

Both above benefits can play a large role in the success of the first pull, which in turn impacts the second. When a lifter has a strong and stable first pull, the mechanics in the second pull will allow for greater force production and power output, which can result in a more vertical bar path and turnover. Additionally, after the transition between the first and second pull (just around knee level), the narrower grip will demand the lifter to drive their knees out, which is ideal for keeping the barbell close to the body in the transition of the scoop/third pull phase.

Lastly, a major fault in heavy cleans is that the hips shoot up during the pull, forcing the lifter’s balance forward, often resulting in premature second pulls and/or the barbell being too far forward in the turnover and receiving position. This variation, when done correctly, can work to develop positional strength to have the back angle remain constant throughout the first pull.

How to do them?

Below is a step by step guide on how to perform these positional strength pulling movements.

I have personally found this exercise to be very challenging, as I tend to get pulled forward during heavier lifts, which result in an early pull and slow/out front turnover. When performing these, I usually perform 3-5 sets with 90-110% of my clean for 3-5 repetitions, working with the exact position alignments and pulling mechanics needed to directly transfer to heavy cleans.

Like all exercises, coaches and athletes must determine the practical applications specific to their lifters needs and limitations. The sumo clean pull is a very effective positional strength pulling movement with lifters who fail to maximize tension, back strength, and/or have a faulty first/second pull (postponing, balance, strength, leg drive, etc). I urge all coaches and athletes to familiarize themselves with this lift to better address the needs of future athletes in the event this specific exercise is programmed.