I’m a Weightlifter: Here’s What I’ve Learned From CrossFit Athletes

Over the past 10 years, I have found myself in between various training mentalities. In high school, it was to look better, and get “bigger, faster, stronger” for football, baseball, and track. When my athletic career came to an end, I found myself wandering for a couple years, always staying balanced in my training approach.

A couple years back I committed to mastering the barbell lifts (still a work in progress), and became very one dimensional. When I started coaching barbell classes at our local CrossFit gym, I forced myself to expand my coaching abilities to better cater to CrossFitters and other athletes. I was re-learning things about my training stigmas towards cardio, other modalities of fitness, and nutrition that as an all-in weightlifter, I nearly forgot.

Thankfully, with the help of my colleagues, members, and amazing community, I was able to elevate my fitness further, and have more fun in the process.

Here are some things that CrossFitters has taught me as a weightlifter, that I can and have introduced into my training.

One or Two Cardio Sessions A Week Won’t Kill You 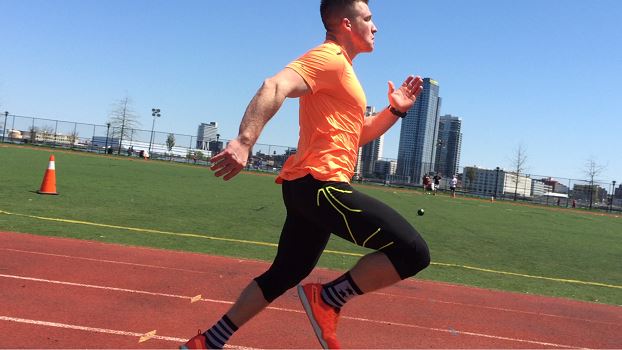 As a weightlifter, I looked at running, rowing, and anything that wasn’t explosive and fast as muscle wasting exercise. I disregarded my upbringing in the human sciences, and neglected cardiovascular training’s immense benefits to even the most explosive athletes. By integrating basic conditioning templates often seen in high intensity Metcons, I was able to add in active recovery days, minimize body fat during mass gain phases, and increase my work capacity.

Go HAM From Time to Time

Most weightlifting programs are highly calculated, down to the nearest decimal place. Balancing the total training intensity, limiting high intensity (% of RM) lifts, and overall training volume is an art and a science, and it’s a mainstay of Olympic weightlifting programming. Sometimes, however, the stars align during a workout, and you would be doing yourself a disservice if you didn’t take advantage of that opportunity to nail some higher than programmed attempts, and even attempt an impromptu PR. Going HAM every blue moon, when it is not planned, is 100% OK in my book, as long as you are not in a competition cycle.

“Constantly Varied.” We all know that is a pillar of CrossFit programming. As a weightlifter, my closest friends and training partners would often refer to me as a “Sagittal Plane Mother F*[email protected]!”, meaning my joints and muscle actions always moved in flexion and extension. I rarely moved laterally, rotation was a thing of the past, and my joints were, let’s say, untrained to be “athletic.” When I decided to integrate basic varied training back into my regimen, like lateral jumps, running, stone carries/throws/holds, and ring work, I found myself with an enhanced awareness of my body in space.

Bodyweight and Gymnastics Basics are Amazing

Barbell squats, deadlifts, presses, snatches, cleans, etc. Everything was barbell this and barbell that. By being around super mobile gymnasts and CrossFitters who could master their bodies in space, it came apparent to me why many elite weightlifters integrate bodyweight and gymnastic training into their training regimens. Bodyweight lunges, dips, handstand push ups, ring rows, and planks have all allowed me to keep my training varied and well balanced.

Focus More on Mobility and Stretching

When I finally comprehended that basic static stretching and mobility days can do wonders for my lifts and joint health, I found myself able to squat lower, stay healthier, and train harder. CrossFit has helped make it cool to do a daily stretching and/our full blown “mobility/active recovery workouts” every couple of days.

Now, to change it up a little bit, here are some things I have seen — in my experiences — that weightlifters can teach CrossFitters:

I often eat/drink sugary things (not fruit) throughout workouts, such as Gatorade, candy, or chocolate milk. Normally, functional fitness fanatics would scowl at my non-Paleo ways, however removing simple sugar from an athlete’s diet completely would disregard basic exercise physiology. Thankfully, many top fitness athletes are seen today munching on “sugary treats,” which allows them to restore muscle glycogen and constantly stoke their aerobic processes during high intensity lifts and workouts. Without employing simple sugars during high intensity strength and power days, and even longer WODs, CrossFitters and other athletes could be sacrificing muscle tissue and performance.

Without Quality Reps, You Will Get Stuck

As a weightlifter, technique is one of the most vital aspects of our training. Diminished technique can lead to traumatic injuries and poor performances. The all or nothing mentality that is often found in beginner and intermediate CrossFitters is often to blame for lack of long-term results and injuries. Thankfully, there ARE amazing CrossFit coaches out there, like the ones at my home box, who help members understand the line between going hard with great lift integrity, and just plain disregarding safety, progress, and health.

Have a Plan and Stay the Course

Although it is OK to go HAM from time to time, having a set program that governs the amount of sets, repetitions, and training loads you use is key to long-term progress. When you find yourself constantly varying training every day, you don’t allow the mind and body to learn new skills. Furthermore, when you add load to poor movements mechanics, you only solidify detrimental patterns that most likely will be harder to fix than before. Striking a balance between a formal training regimen and a WOD mentality will maximize many CrossFit athletes results.

We are all often concerned with how fast we did something, what load was on the bar, and how we stacked up against the rest of a group. I have come to learn, both from weightlifting and other sports, that subjective PRs are key to the progress as well. Maybe it is hitting a certain weight for three reps instead of an absolute one. Or maybe you felt off, yet still were able to hit all your worksets without missing a rep. Finding the subjective PRs in a workout will keep you mentally moving forward and on track.

Sometimes You Can’t Have It All

There is a time and place to vary your training so much that you literally feel like you could do anything. There is also a time and a place where you need to become more one or two-dimensional to maximize your performance in a sport. Many CrossFitters who come to my weightlifting club are baffled when they have yet to progress their snatch in any workout for the past month. When I sit down and talk with them, I find out they are under-eating, training intense almost every day, and are failing to learn sound snatch mechanics in a fatigue-free state. Without prioritizing your training goals and programming from time to time, you will just be mediocre at everything.

Weightlifters and CrossFitters have more in common that we think. The growth of both sports can be greatly influenced by one another having a deeper understanding and respect for the other. Take the time to learn from the Olympic weightlifting specialist(s) at your gym, and learn to open yourself up to other styles of training in your off-season/non-competitive cycles.