Could This 3D Tracking Technology Create the Perfect Weightlifter?

As strength sports have grown, so has the selection of technology coaches, scientists, and athletes can use to perfect their lifts. From force plates to infrared cameras, the industry continues to improve on their abilities to create perfect harmony in a lifter’s movements.

A recent video shared on the Olympic YouTube channel shows how the Korean Institute of Sports Science is aiming to change the game of weightlifting. Their goal: using 3D technology that lets a lifter know how much force they’re producing, where their imbalances lie, and every posture in which they can improve upon.

In Sports Science graduate school, we used a lot of force plates, velocity based tools, the Dartfish program, and K-Vests to analyze mechanics, but this program takes those to the next level. Their system basically ties individual tools like force plates, biomechanical analysis programs, and velocity trackers into one.

A few things that make this program a little different that what’s currently out there include the combination of the below elements.

The combination of these movement analysis elements can allow an athlete to break down the amount of force, speed, and time spent in each posture through a lifter’s movement. With this information a scientist, coach, and athlete can compare data to previously established optimal postures/range and create the perfect lift. 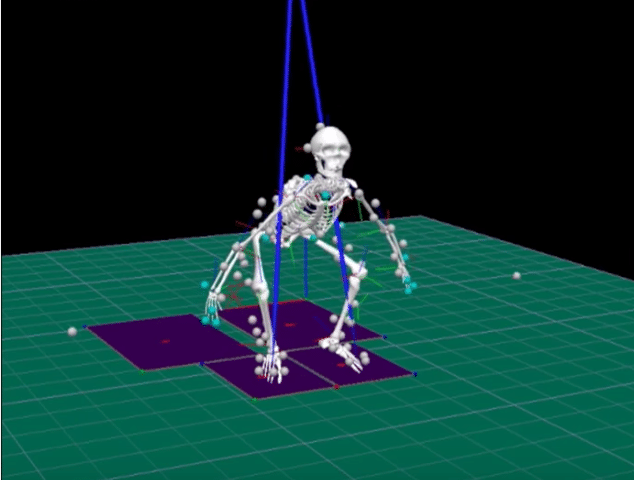 The most interesting aspect of their technology is the 3D imaging that provides an in-depth description of how much force is being produced at any given moment by the lifter’s muscles and joints. From the video, they show an example of a lifter who displaced more weight into their right leg, which the system predicted to be roughly 11 lbs.

That information could be crucial for not only improving performance, but also avoiding a repetitive stress injury over time, which may end up prolonging a weightlifter’s career. Eleven pound doesn’t seem like much, but if you consider a weightlifter’s weekly training schedule, then that 11 lbs can accumulate fast.

What separates this technology from current biomechanical programs is the ability to analyze weight/force exerted in every single movement down to the split second in 3D. Their 3D analysis and real-time feedback could change how a weightlifter perfects and critiques their form to the most finite degree.

What are your thoughts? Could this technology create better weightlifters and prolong careers?