Why You Sweat More as You Get Stronger

If you find yourself frustrated on a daily basis due to sweat, you’re not alone. It seems like the stronger and fitter you get, the more you’re actually sweating during your day. Even if it’s 15 degrees outside and you’re physically cold, there still tends to be sweat dripping down the back of your shirt.

There tends to be two assumptions when it comes to sweat and fitness level. First, people assume as they get more fit, then they’ll sweat less. Second, people say, as you get more fit you actually sweat more.

Both of the above assumptions are correct in their own respects. The goal of sweating is to create an efficient means of cooling off the body and lowering the temperature. Metabolic heat is always a correlation of how much work we’re performing (no matter fitness level), so the more our body works, the more sweat we produce. 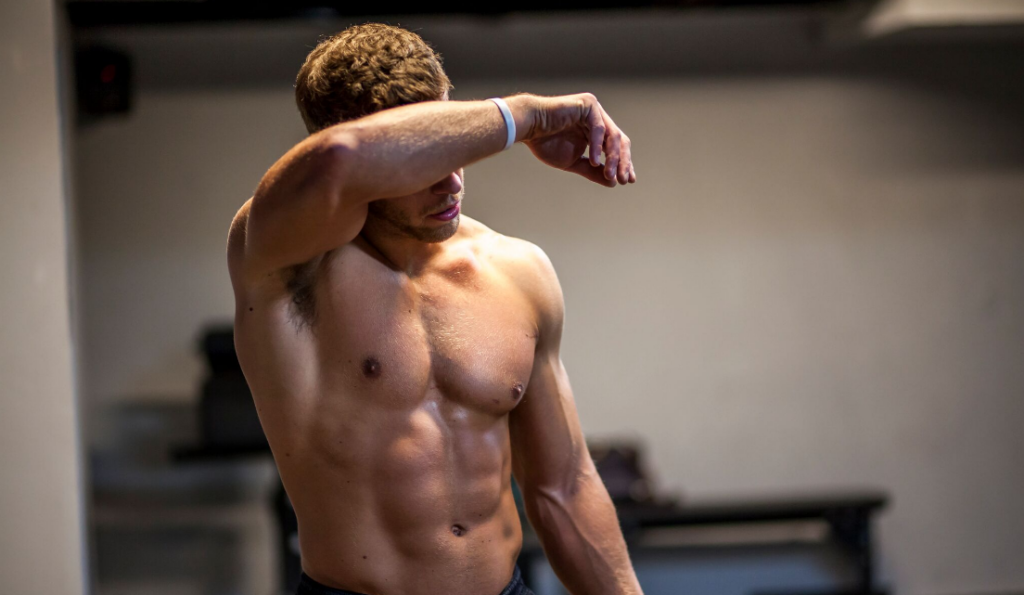 There are two types of sweat glands: eccrine and apocrine. Both of these glands are regulated by the nervous system. Eccrine glands cover all of the skin and are responsible for the release of sweat over the whole body. Apocrine glands are found predominately in the underarm and groin areas. These glands produce oily fluids that work to breakdown sweat, which results in body odor (hence why we only wear deodorant under our arms).

While fitness does have an impact on the amount we sweat, there are also other factors that come into play and should be considered.

How much muscle does someone have on their body? Muscle is frequently using energy to contract, so when someone has increased muscle mass, then they require more energy to move (more heat production). This in theory, will then increase the body’s temperature faster than someone with less muscle.

This seems like a no brainer, but environment plays a large role in the amount we sweat. Hot and humid environments will cause the body to sweat at an increased rate, regardless of fitness level or activity.

What we’re wearing or have on our body has a direct impact on our sweat levels. Heavy clothing, equipment, and other pieces of external wear will increase body temperature, which can cause sweat.

The activity you’re performing also has an impact on sweat levels. If the activity is demanding on the body as a whole, then you’ll produce more sweat. Easy activities that require less total body work will produce less sweat.

The efficiency in how we move can also play a role in sweat production. Someone who’s new to an activity will have to work harder, thus making them sweat more. For example, think of someone squatting 135lbs for their first time, as opposed to someone doing it for 15-reps. 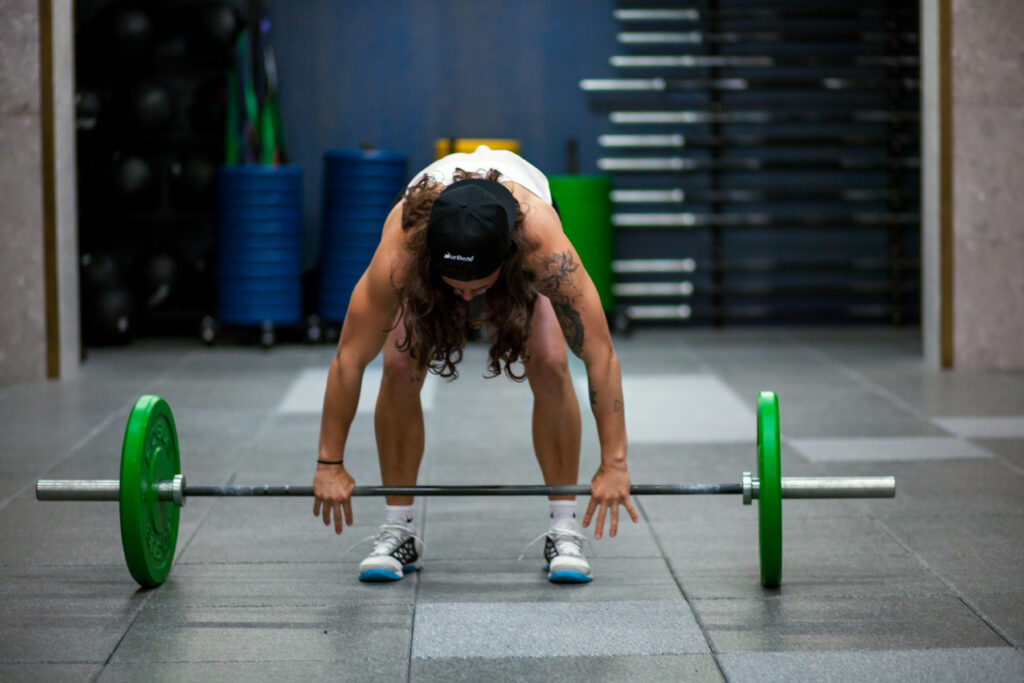 Bros I’m sorry, but we tend to sweat more than the ladies. Science suggests males have more active sweat glands, which results in an increase in the amount we sweat for the work we’re producing.

The way and rates we sweat are also dictated by our genetics. This is why some athletes begin sweating more in different areas than others. Also, everyone has different sweat gland distribution (we average 2-5 million glands) across the body.

Studies are conflicted when it comes to fitness level and the amount someone sweats. For example, this study from 1983 (an older study), compared a sedentary, fit, and very fit individuals sweat levels and lactate concentration (byproduct of anaerobic metabolism). They put them under three conditions which were, heat exposure, a bicycle exercise, and bicycle exercise with increase workloads. Researchers found that the fit and very fit individuals produced sweat faster when exercising, than the sedentary individual. 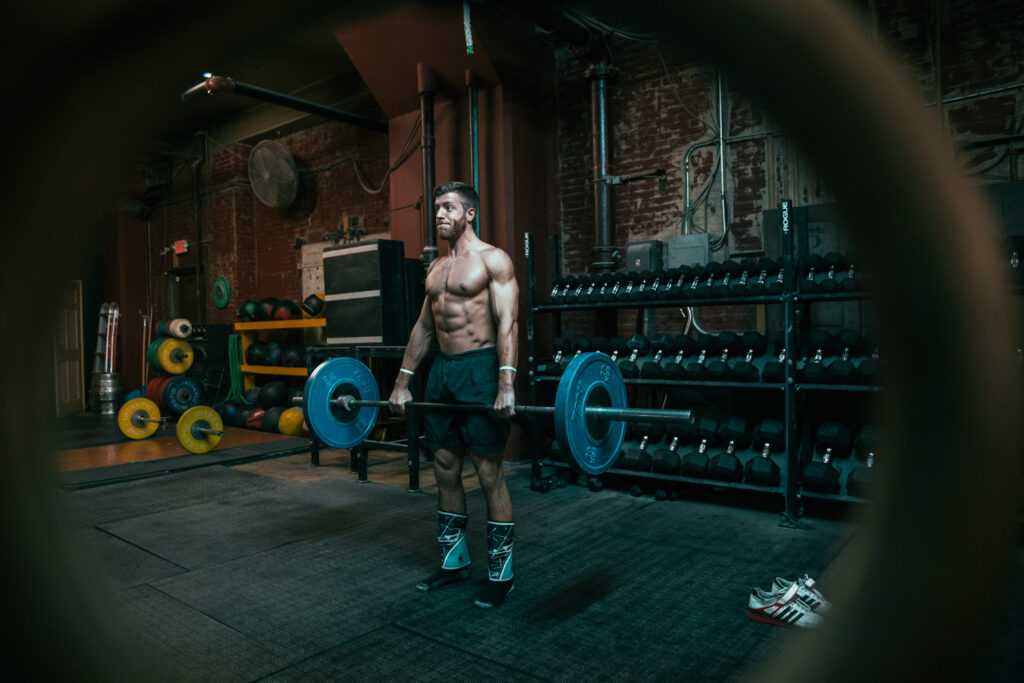 They suggested that the sweat output in the fit and very fit individual were higher due to higher blood lactate and adrenergic stimulation. The sedentary individual would have less blood lactate compared to someone who partakes in regular exercise. This being said, someone who’s constantly working out will have a body that is readily prepped to produce sweat quicker at the sign of work (or in hot conditions).

What Does It All Mean?

From the research examined, it’s hard to give a definitive answer in regards to sweating and fitness level. It appears that other factors carry much more weight when determining onset of sweat, sweat production, and why others sweat more. Although, there are a few suggestions that have been made as to why fitter individuals may feel like they sweat more…

In a lot of instances, there’s not a lot we can do when it comes to how much we sweat. There are so many factors out of our control such as genetics, sex, and muscle mass, but we can control a few. These include wearing clothing that hides/limits sweat, being aware of our environments, and paying attention the amount of work we’re performing when watching our sweat levels.

Instead of getting annoyed and angered by your sweat, try to see the positive side. Sweat is the body’s natural ability to regulate heat. If you’re sweating regularly, chances are, your body is functioning in a healthy manner. It may also suggest you’re fitter than your peers.