While some of the top competitors battled through injuries, a younger crowd of challengers stepped up at the WSM Finals.

After one of the most exciting, back-and-forth competitions in recent memory, we have a new World’s Strongest Man: Martins Licis of the United States. With his victory, Licis becomes one of the few strongmen to win the competition during their first podium appearance.

From the very beginning, competitors braved the heat and humidity in Bradenton, Florida, over a series of grueling qualification tests. The crowd was treated to one of the toughest, most unpredictable battles the sport had ever seen. And in the end, it was the 28 year-old Licis who stood atop the podium, improving on his back-to-back 4th place finishes from 2017 and 2018. Licis finished 2nd at the Arnold Strongman Classic earlier this year.

We’ve posted the full placements below.

Notably, 2018 WSM Champion Hafthor Bjornsson tore his plantar fascia on Day 1 of the competition during the Super Yoke & Farmer’s Walk Medley event, where he was going head-to-head with American competitor Rob Kearney. Hoping to repeat his 2018 victory, Bjornsson continued on in the competition and reached the finals, but observers indicated the injury seemed to slow the reigning champion. After a series of early year victories, Bjornsson looked almost unstoppable, with many experts predicting he’d likely repeat in easy fashion.

Other notable injuries included Achilles tears for both Laurence Shahlaei and Sigfus Fossdal, a bicep tear for Robert Oberst, and a ruptured triceps for Konstantine Janashia.

While we’ll never know the exact degree to which injury affected the competition outcome, what’s clear is that his competition was deep: a mix of young, hungry competitors and experienced strongman veterans came to Florida ready, putting on great performances to challenge for the title.

Standings after the Finals are below. 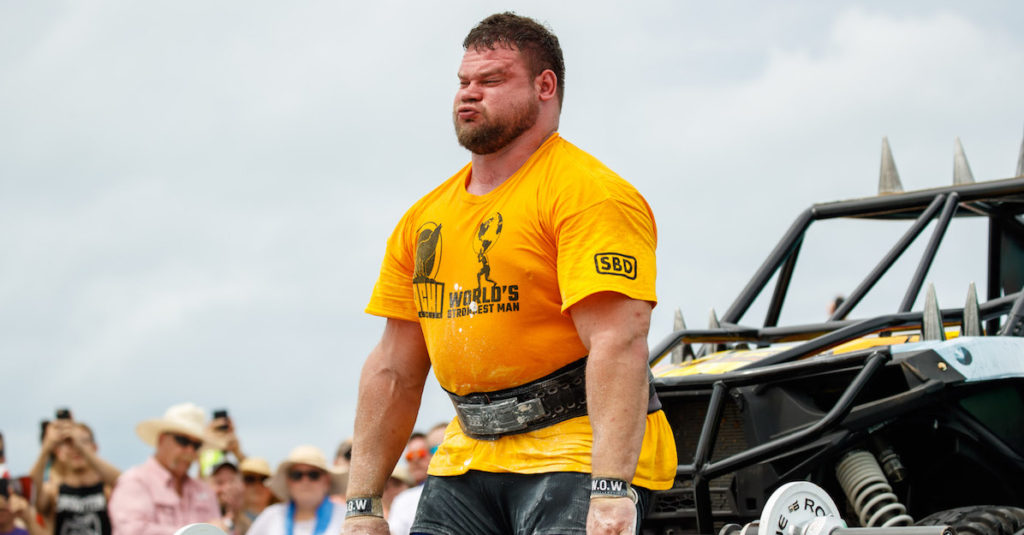 [Find out air dates and how to watch the 2019 World’s Strongest Man on TV!]

Special thanks to BarBend Editor Nick English for his live reporting on this event.